CoinField has partnered up with the blockchain analysis company Chainalysis to find solutions to stop money laundering. CoinField...
Read more

Mr.Jae Kwon has recently made a come back through his reply to Zaki Manian and Jessy Irwin's twitter...
Read more

Peter David Schiff is an American libertarian, Financial commentator, economist, and a stockbroker. Schiff earned a nickname of...
Read more 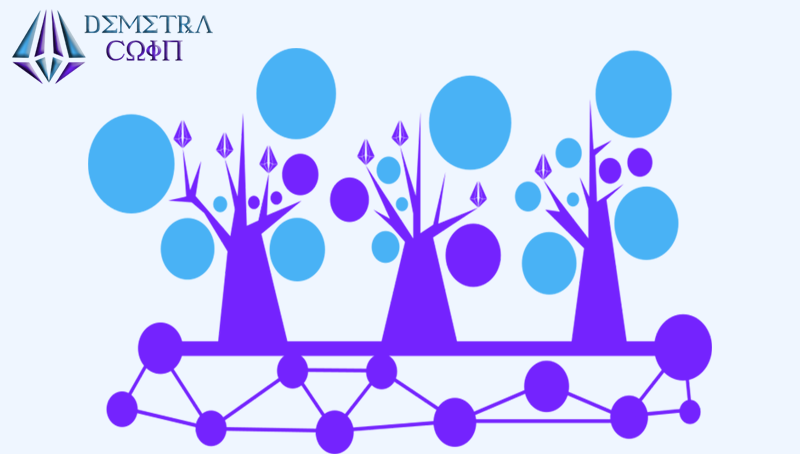 Climate change is happening around us and has an impact on our daily lives, meaning we have to deal with our cities in different ways. There is also increased awareness of the need for daily contact with green spaces and the natural environment to lead a happy, productive and meaningful life.

We are witnessing one of the greatest changes in the history of mankind. In 1900, less than 14% of the population lived in cities. Today, more than half of the world’s population lives in urban areas and this proportion is expected to reach more than two-thirds by 2050.

Higher average living standards in cities compared to rural areas translate into greater energy use and higher per capita carbon City emissions are responsible for about 70 percent of all greenhouse gas emissions but only contain half from the population. Cities as physical or moral waste are rooted in postindustrial images. Here urbanization and destitution go hand in hand. Some of these ideas are true portrayals of rapid and unplanned growth. Large populations rise at the edge of a big city called health hazards, desperate places, slum cities full of environmental risks, and crime, often in the shadow of prosperous suburbs. In response to the many problems posed by this urban growth – such as increased pollution and congestion, depleted natural resources.

Many people consider urbanization as a destructive force that displaces and extinguishes nature. This may have been true in the past – and may continue to be so when cities are unplanned – but city living can lead to more efficient use of resources and reduced carbon footprint.

We have learned better ways to design and operate our cities so that they no longer compete with nature but coexist with it, or even integrate it.

Blockchain and Nature: The Perfect Match

Eco-cities, also known as sustainable cities, are designed with environmental considerations in mind. These cities seek to minimize their impact on the environment and reduce the use of energy, food, and waste.

Demetracoin is an innovative project that will create DEMETRA ISLAND, an ecologically sound and sustainable place that will coexist peacefully with nature. There will be a global chain of ecological cities of the future that will help reduce the carbon footprints. Demetracoin is the first project based on blockchain technology to redevelop urban areas.

Demetracoin will begin with the acquisition of unused lands in urban areas, where green islands will be created. Within these islands, free fruit trees will be planted and open green areas with free Wi-Fi where it will be possible to work outdoors, in the middle of nature. The first land will be acquired in Italy at the gates of Bergam where the eco-sustainable park will be created. To provide Clean energy and water “Watly machine” will be installed in every park.

As Mentioned in the Whitepaper of Demetracoin-

Eden Garden by Demetracoin, the solution to stress and pollution. Eden garden is a model of a smaller park than Demetra island, easier to export to the world. the garden will be built near the big cities, inside it will be planted fruit trees for free and only the owners of demetracoin will be able to enter the park.

The Parks will be provided with a specific area where people can work together, all in the open air. there will also be a solar farm and a Watly machine, which will produce enough energy to charge devices such as laptops, tablets, and smartphones. In the vicinity of the work area, there will be vending machines available from which you can make purchases using demetracoin.

Demetra Island, the new Science, Innovation and Knowledge Park will be one of its kind in the world to drive this change by introducing an advanced Eco-friendly  city where they have autonomous Cars and will be a barrier against pollution and chaos of the city, pedestrian and bicycle paths, green islands and bodies of water around it. Demetra Island will be a futuristic and sustainable solution for global warming.

Recently, Demetracoin listed on ether flyer exchange and coingecko and the IEO began with expiration on May 10th. For more information about Demetracoin token sale, Please visit – https://demetracoin.org/

CoinField has partnered up with the blockchain analysis company Chainalysis to find solutions to stop money laundering. CoinField will use Chainalysis's chainalysis reactor...
Read more

Mr.Jae Kwon has recently made a come back through his reply to Zaki Manian and Jessy Irwin's twitter accusations in the Github platform. ...
Read more

Bitcoin is known to be the most famous cryptocurrency with its price currently touching near $10,000. According to BitMex research, it announced Bitcoin...
Read more

Shopify and Libra are Joining Hands: What is to Come?

Mr.Jae Kwon has recently made a come back through his reply to Zaki Manian and Jessy Irwin's twitter accusations in the Github platform. ...
Read more
Bitcoin

Peter David Schiff is an American libertarian, Financial commentator, economist, and a stockbroker. Schiff earned a nickname of Dr. Doom when he more...
Read more
Cryptocurrency

Bitcoin is known to be the most famous cryptocurrency with its price currently touching near $10,000. According to BitMex research, it announced Bitcoin...
Read more

CoinField has partnered up with the blockchain analysis company Chainalysis to find solutions...
Read more
Cryptocurrency

Mr.Jae Kwon has recently made a come back through his reply to Zaki...
Read more
Bitcoin