KuCoin owns its own cryptocurrency known as KuCoin Shares (KCS) which allows its holders crypto-dividends on a day-to-day...
Read more

CoinField has partnered up with the blockchain analysis company Chainalysis to find solutions to stop money laundering. CoinField...
Read more

The cryptocurrency market continues to decline after multiple failed attempts to hold critical support levels, the bulls were struggling to break the resistance but couldn’t surge the price and settled down for some profit-taking. The total market capitalization settled down for $265 billion, after dropping to $258 billion. The cryptocurrency market suffers minimal loss, while Bitcoin’s market dominance increased to $69.97%.

The trade war between the United States and China isn’t limited to these two economies but is also affecting other markets. As per the eToro survey, 40% of the millennials preferred trading in cryptocurrency. Generation X and Z traders are not content with crypto investment as they prefer their investment in real estate and other commodities. Dan Tapiero, co-founder of Gold Bullion International said that Bitcoin is nothing but “an invention.”

Now let’s see how things are going with the top cryptocurrencies in the market.

Bitcoin: It’s not able to keep up with the moving averages and they are showing bearish signs. Now it can examine again at the symmetrical triangle trendline, both MA is smashed and RSI is under the midpoint. It points towards a near term consolidation. The pair of BTC/UTC will build a trend only after the breakdown or break out of the symmetrical triangle. The triangle acts as both reversal and continuation pattern and that’s why is difficult to say anything at this time. 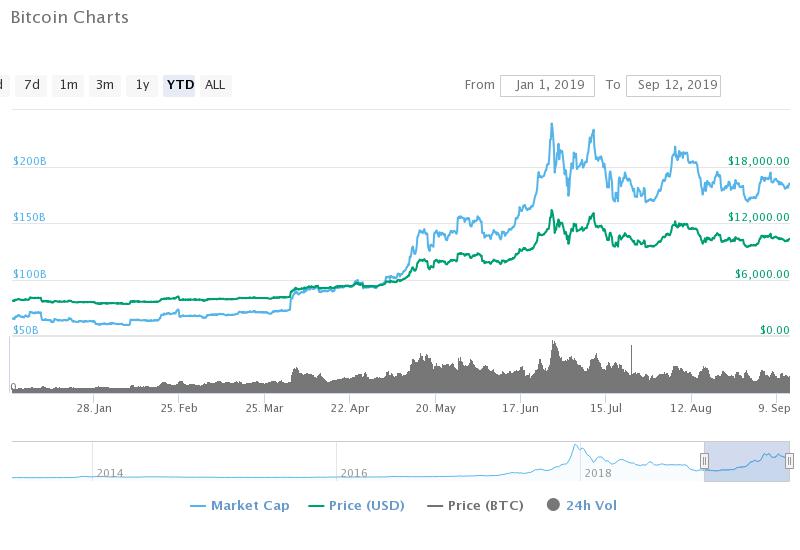 If bulls are able to move the value then the pair will possibly achieve up to $15,376.96 and investors can also go with investing for the long-term positions. On the other hand, if the bear drives the value then it will reach up to its critical support level of $9,080. Then it will further drop up to $7,451.63, but experts are suggesting to trade within the triangle as the value of the currency could move in any direction.

Ethereum: For Ethereum, bulls attempt to push the value above the EMA of 20-days but failed and value drops to its critical support of $163.755. If this also breaks down by bears then the value could reach up to $150. On the other hand, if bulls defend the support of $163.755 then the pair of ETH/USD might stay on the range. Also if break out happens at 20-days EMA then it is the signal of the downward moment and it could push the price around $235.70. It will start a new bull rally and breakout of 50-day SMA is also possible for the long-term. Experts are also neutral about it. 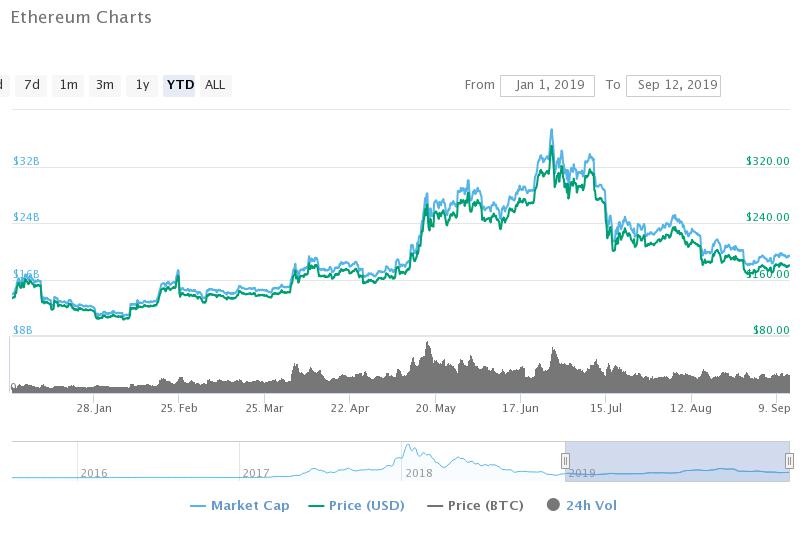 Ripple: The crypto again failed at the EMA of 20-days and it is a huge negative for buying. RSI is also negative and two moving averages are going down, which means bears are in charge. Now sellers want to Drop the value below the crucial support level of $0.24508 or $0.225 and if they are able to do it then the price will go further down up to $0.19. 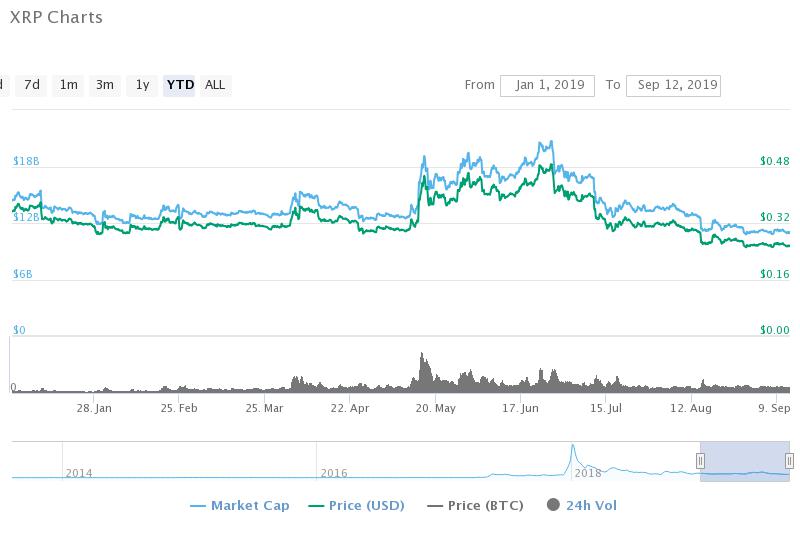 However, if the pair will rebound from its, support down and increases overhead the SMA of 50-days then the bears will invalidate. Experts are implying to wait for the next move of cryptocurrency.

Bitcoin Cash: It is trading within the range of 20-days EMA and 50-day SMA for the previous three days. The RSI is near to the midpoint and two moving averages are smashed. This is displaying the buyers and sellers balance. If the price is pushed overhead the 50-days SMA then the value could reach up to $360 and a breakout is possible to take the value toward the price $428.54 and further to $515.35. 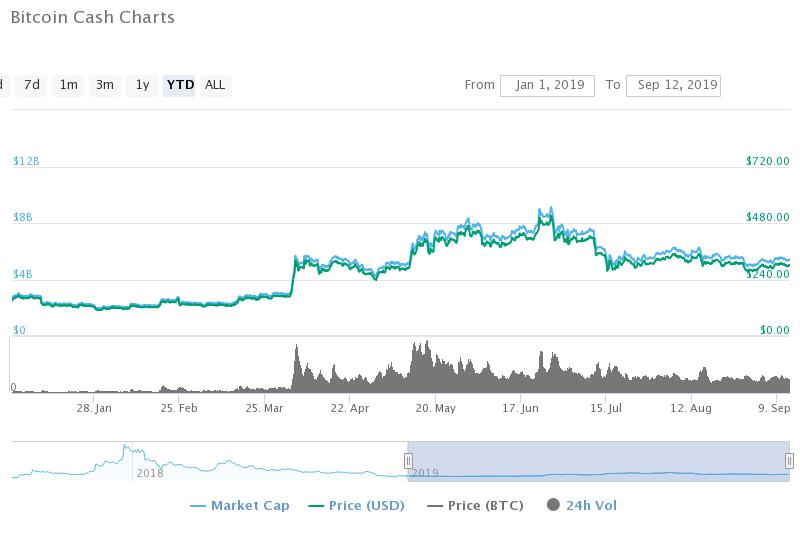 If bears take control and drop the value under the EMA of 20-days then the reexamine of the value around head-and-shoulders pattern neckline could take place. If it happens then it will be a huge negative and experts are commenting to wait for the bullish movement.

Litecoin: For the previous 3 days the Litecoin is trading near to EMA of 20-days which a positive movement. Now bulls are trying to take the price overhead SMA of 59-days which will change the trend. The experts are suggesting to wait for the breakout in 50-days SMA. If the opposite happens then the price will stay range-bound for some days. The RSI under 50 and 20-day EMA is smashing, it is a signal of short-term consolidation. The pair might fall from 50-day SMA or present level if it happens, the price will be dropped under $58. 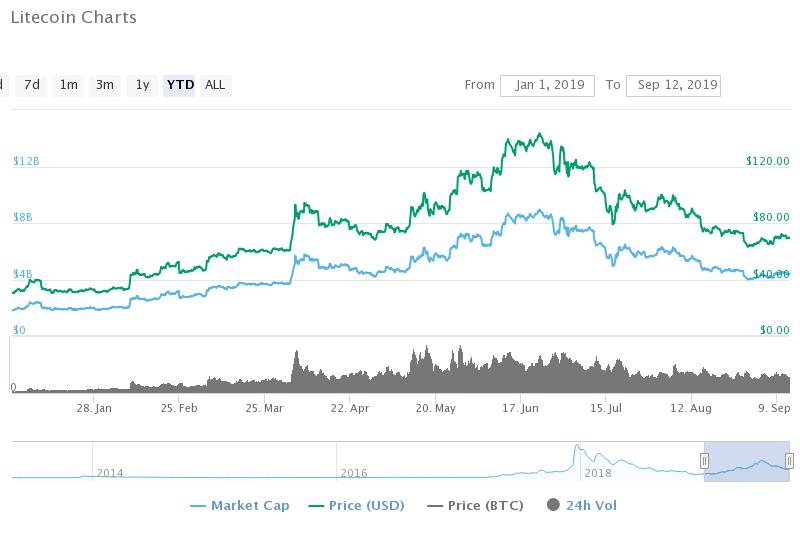 Binance Coin: The bear has taken the value of BNB under the value of $20.8857 which is the minor support level and it is a negative signal. It could now be dropped up to $18.30, the RSI is also in the negative region and moving averages are going down too. There is critical and strong support within the range of $16 and $18.30. 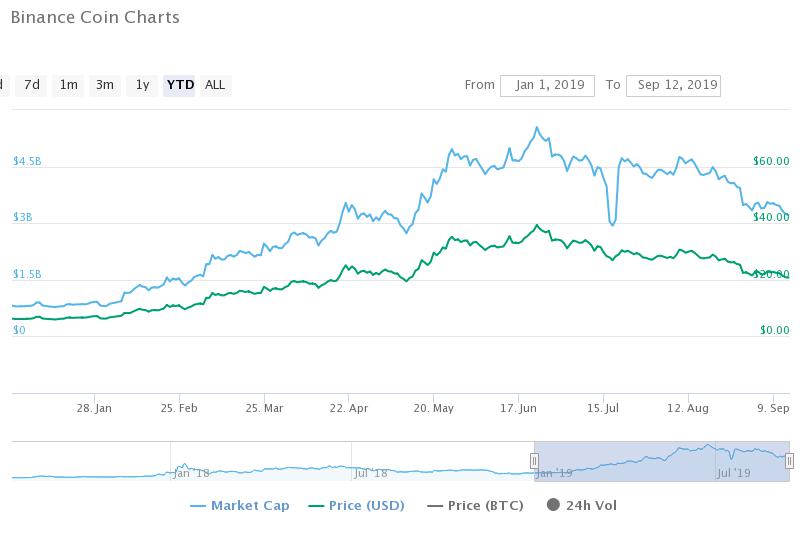 On the other hand, if the pair of BNB/USD reverses their direction from the present levels, then the bulls will re-try to get back overhead the moving averages. However, the pair failed three times from the SMA of 50-days. If this time bulls will breakout then bulls movement will start and there is a resistance level which is minor at the value of $32.50. Experts are suggesting for a breakout of 50-day SMA.

EOS: The crypto fails to break the SMA of 50-days and if it breakdown under the EMA of 20-day, then the next stop could be the critical support level of $3.1534. Further, the value could drop up to the value of $2.20. Somehow, if the pair of EOS/USD is able to move above 20-day EMA then it could break the downtrend line and end it. 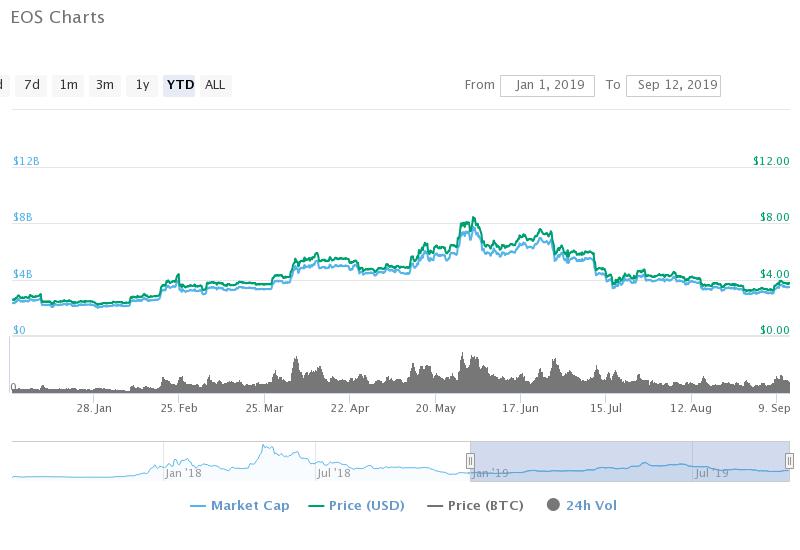 The next bulls target will the value of $4.8719 and if bulls will be able to take the price above this then the new upside trend will form. For aggressive investors, they could invest near the close time and overhead the downtrend line with the halt at the value of $3.

Bitcoin SV: The currency is trading in the bearish zone, after breaking the support level of $120 soon it could break down up to the critical support level of $107. Further, the bear could take the value up to $92.933 and next value is $48.64. The moving averages have begun to go down and RSI is also in the negative zone. The crypto is under the bearish zone for the short term. 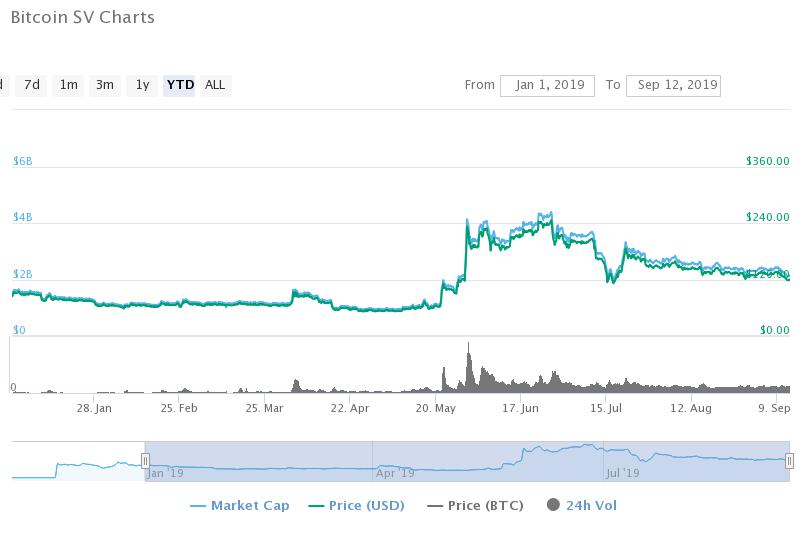 If the pair of BSV/USD dropped from the value of $107, which is critical support, then bulls can again try to push the moving averages. If they will succeed the pair could move above up to $150 and further to $188.69. The experts are again suggesting to wait for reliable value.

Monero: The fail of the downtrend line has got the attention of sellers and it is retesting at the value recent low level of $65.7316. If the bear is able to drop the price under the wedge pattern then drop around $50 is certain. The RSI is in the negative zone and indicating 20-day EMA breakout again. Clearly, the bear has an upper hand.

If the pair of XMR/USD is driven by bulls and it will end the bearish movement above the wedge resistance line. A decreasing wedge pattern breakout is bulls moves and it might give a new uptrend, experts suggest buyers to wait. 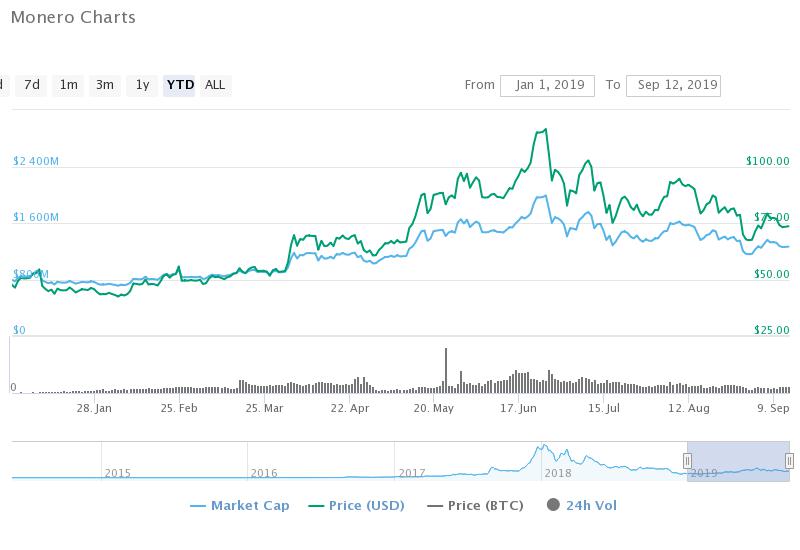 Cardano: On 10th September, Cardano broke the 20-day EMA and but it didn’t close overhead it. Now the bear will be trying to drop the value below the support level of $0.0433229 and if able to do so then the price will drop up to $0.0357780, whereas bulls will attempt to push the value overhead the EMA of 20-day. 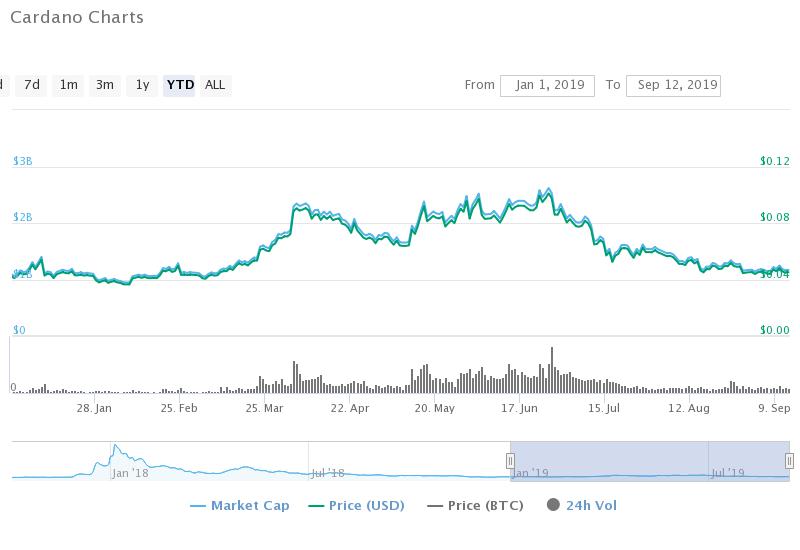 The breakout of 20-day EMA could lead the path of resistance at the SMA of 50-days. Experts are not recommending to buy, though RSI is positive on a bullish divergence. Experts are waiting for the value to break above 20-day EMA and staying above it, before suggesting to long-term investment.

KuCoin owns its own cryptocurrency known as KuCoin Shares (KCS) which allows its holders crypto-dividends on a day-to-day basis. Johnny Lyu stated that...
Read more

CoinField has partnered up with the blockchain analysis company Chainalysis to find solutions to stop money laundering. CoinField will use Chainalysis's chainalysis reactor...
Read more

Mr.Jae Kwon has recently made a come back through his reply to Zaki Manian and Jessy Irwin's twitter accusations in the Github platform. ...
Read more

KuCoin owns its own cryptocurrency known as KuCoin Shares (KCS) which allows its holders crypto-dividends on a day-to-day basis. Johnny Lyu stated that...
Read more
Chainalysis

CoinField has partnered up with the blockchain analysis company Chainalysis to find solutions to stop money laundering. CoinField will use Chainalysis's chainalysis reactor...
Read more
Cryptocurrency

Mr.Jae Kwon has recently made a come back through his reply to Zaki Manian and Jessy Irwin's twitter accusations in the Github platform. ...
Read more
Bitcoin

KuCoin owns its own cryptocurrency known as KuCoin Shares (KCS) which allows its...
Read more
Chainalysis

CoinField has partnered up with the blockchain analysis company Chainalysis to find solutions...
Read more