Bank of Korea To Conduct A Pilot Test For Digital Currency

The Bank of Korea (BOK) announced today that it was readapting the strategy for the potential issuance of...
Leer más

Chamatha Paliphatia, billionaire and the CEO of social capital, recently gave a statement that underlined the phase of...
Leer más 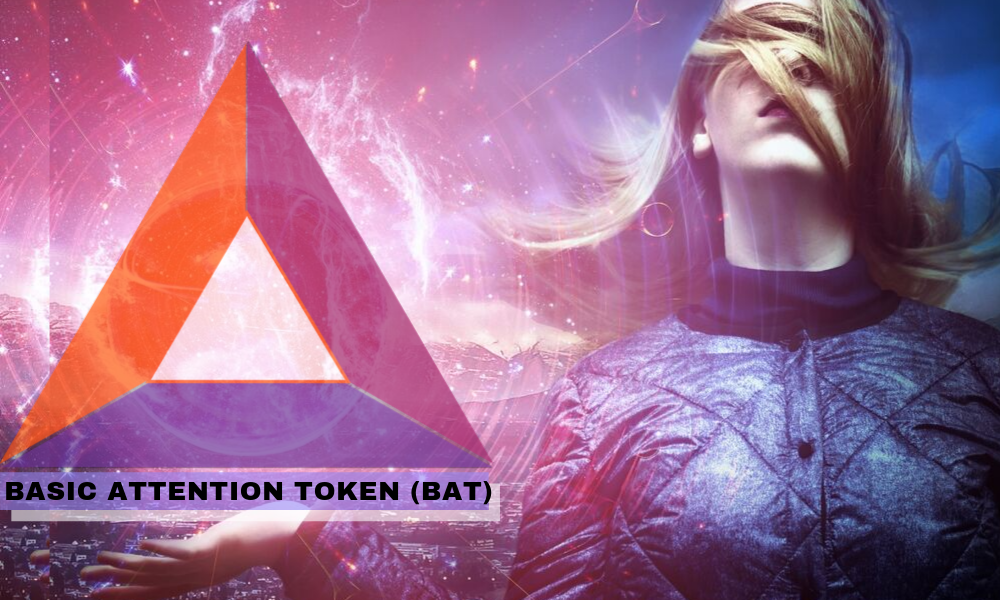 What is Basic Attention Token?

Basic Attention token is a functional token and it was created by the popular programmer of America, Brendan Eich. Basic Attention Token was created in 2015, on Ethereum network for the Brave browser. Brendan Eich was also the creator of the JavaScript language and the Mozilla browser. His main focus was to alter the world of online advertising and significantly he focused on the thing that users have to pay to watch the content by watching ads.

The Initial coin offering of ICO was launched on 31st May 2017 and at that time around $35 million which worth a billion-dollar ICO were purchased by the investors and traders in the time period of half an hour. The currency has been a lot of the ups and downs in the market since that time and the value of the currency changed a lot.

The currency was basically created to pay for the working of the web browser at first. The project altogether with the Brave browser and BAT as payment token is really amazing because it gives the solution for the basic issues people faces in digital advertising nowadays. The users are now aware of everything and every functioning of smartphones and social media. They are aware that their data is consumed by social networks and advertising on them. Around six hundreds million ad-blocking software is now used by smartphones and computers users around the globe.  The problems have raised among publishers, advertisements company, and users. A lot of the money was wasted on usage due to ads networks consumed the private data of the customers.


There are 3 main reasons listed here to create the BAT:

The firm Basic Attention Token has been famous since the time of its launch and it also speeds up in after 2017. The firm has also alliances with some of the global companies including Amazon, Starbucks, Apple, and Uber. The graph of the BAT shows that the alteration in either direction depends on the popularity of the coin globally.

BAT Price Analysis Then and Now – 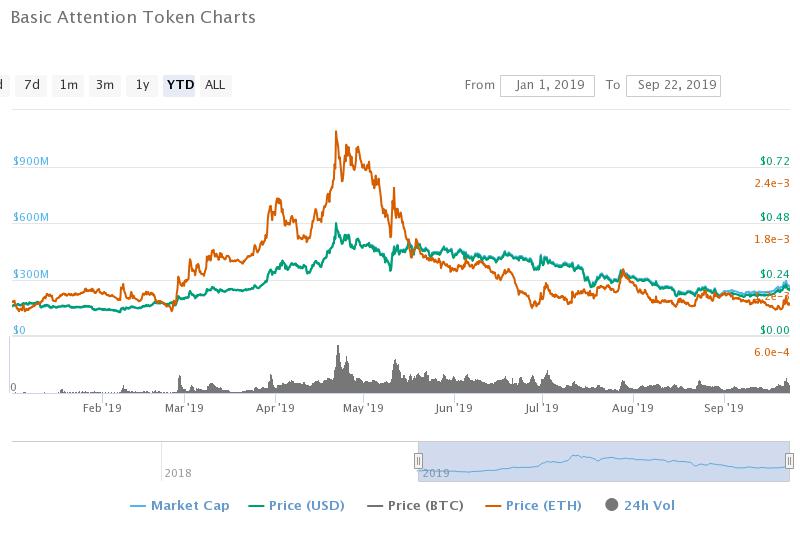 After the launch of initial coin offering the token BAT introduced on the various cryptocurrency exchanges and it was started trading at 17cents. The currency soon gains popularity in the crypto market and its value increased into double value after few days. Soon the market capitalization of the currency increased from up to $285 million from the value of $35. Unfortunately, the bullish rally changed into bearish correction after some time and the currency decreased up to 9 cents trading value and 90 million of market capitalization.

The currency BAT experiences a lot of ups and downs until the find of the year 2017, then again in the month of December the value increased up to 70 cents and market cap increased up to $700 million. All the currency experience the bearish pressure in 2018 and also the BAT. The whole summer the value traded in the market under bearish pressure, however somehow in the summertime, the value got a bit high as the news that BAT is alliancing with Uphold site.

On the other hand, the currency started to go up in the month of December and the news came out that the BAT token got registered on Coinbase exchange. Then the developers of the token also launched the giving payment to the users for watching ads. This thing made the values go high up to 90 cents and the market cap up to $900 million.

In June it was hovering around the value of $0.30 and in July the value was hovering near the $0.20 to $0.25. After that in the following months, the value of the currency gets further corrected. However, the BAT cryptocurrency was trading at the position of 55 and now it is positioned at 34th. This clearly shows that the currency is improving and growing in the market.

The crypto investor from Texas West Capital, Scott Melker said that the BAT is stagnant at a low value and he also discussed the movement on his Twitter. On the other hand, users on Reddit users are saying that the value could go either way up to $0.75 or bearish. Most of them agreed on the common value of $0.40. However, the whole market is under the bearish pressure so there is no wonder the currency is too. Kraken crypto exchange also added BAT of their platform after 22nd August.

In the upcoming future, we might see some bullish movement. Trading beasts, on the other hand, predicted that the value will vary around the value of $0.35 and only alter at the 100th part continuously for 2019, 2020, 2021 and 2022. Most of the experts are predicting that the currency could get up to $0.3 by the end of 2019 and by 2020 the currency will have more popularity, therefore, the price will increase.

Bank of Korea To Conduct A Pilot Test For Digital Currency

The Bank of Korea (BOK) announced today that it was readapting the strategy for the potential issuance of a central bank digital currency...
Leer más

Chamatha Paliphatia, billionaire and the CEO of social capital, recently gave a statement that underlined the phase of transition undergone by the Bitcoin...
Leer más

Bitcoin Correlation Analysis: A comparison of Bitcoin with Other Significant Assets

Cryptocurrency Weekly Roundup: Insight To The Events Occurred In Crypto Industry This Week

Chamatha Paliphatia, billionaire and the CEO of social capital, recently gave a statement that underlined the phase of transition undergone by the Bitcoin...
Leer más
Cryptocurrency

Bitcoin Correlation Analysis: A comparison of Bitcoin with Other Significant Assets

Bank of Korea To Conduct A Pilot Test For...

The Bank of Korea (BOK) announced today that it was readapting the strategy...
Leer más
Bitcoin