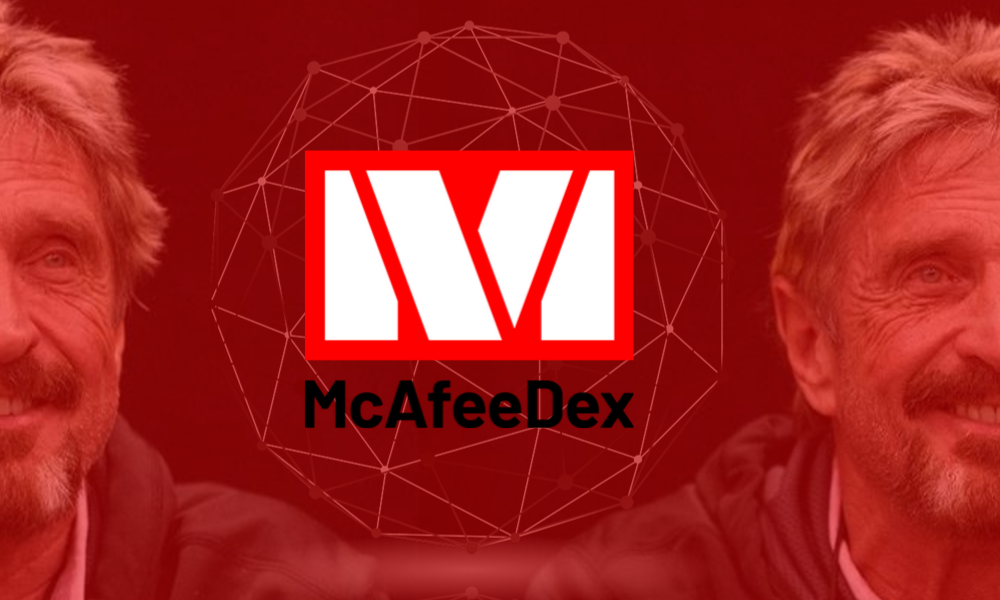 SEC (Securities and Exchange Commission) and the IRS (Internal Revenue Service) have focused on the reason for restricting the launch of DEX as it might pave a path for illegal activities and funding of terrorist organizations and other anti-social groups. McAfee responded to this in his tweet saying that Reguaktory boards are always on restriction for such new projects, and sarcastically said: “That’s like saying Automobiles can’t be built because Bank robbers will use them as getaway cars”.

McAfee is always in strife with the US tax authorities leave alone the DEX Exchange platform, McAfee has been ever in conflict Regulatory boards over Income Tax and Wealth Tax schemes saying that they are designed for the sole purpose of robbing people from their pocket. He also believes that a persons’ finance and management should be left as privacy and anonymous and respecting it as Human’s basic right.

The design of McAfee DEX is that there is no requirement of personal data and financial information to sign up on this exchange, this made the SEC and IRS quote that will strongly pave a path for money laundering and other illegal activities easily as the users cannot be traced under the government radar.

McAfee is also a strong supporter of Cryptocurrencies as an alternate for traditional currencies, for which he believes the digital system has been hacked by established authorities to make it anti-people. He has been on the run fro several months fro now, and now he is planning to take part in the presidential elections.

Although McAfee made the comments on his twitter account, it cannot be argued that the regulatory boards are wrong, in fact, the digital currencies have been used in various causes of money laundering and other anti-social causes. As we know the cryptos have evolved over the dark web and continue to do so, creating a whole new platform for the same purpose would be a thought to be worried about.

The Graph Price Analysis: GRT Price Can Go Down Below The Major Support Of $1.5