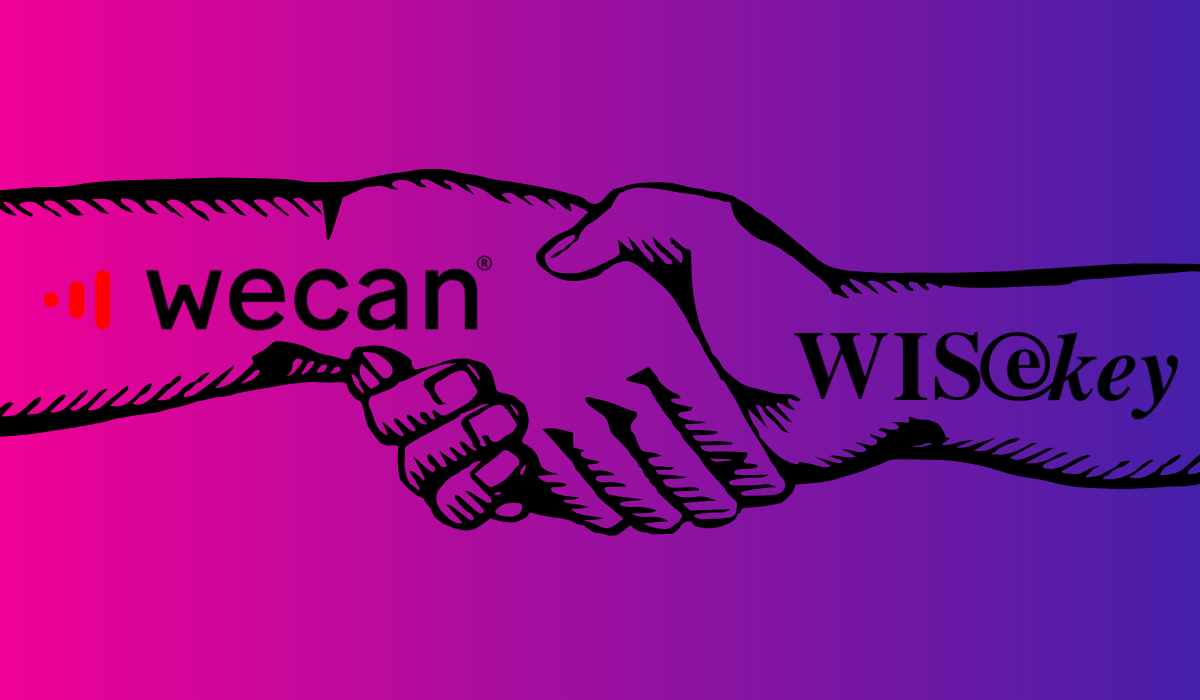 On December 16, 2019- an announcement for a strategic partnership made between Wecan Group, a blockchain Venture Builder and wISeKey, a business leader in the field of IoT, Cybersecurity, and Blockchain to support each other in various blockchain-related projects.

The WeCan Group will join Geneva Blockchain Center of Excellence, a venture which deals with assisting with blockchain-related start-ups and other technology-related researches. WISeKey establishes Geneva Blockchain Centre of Excellence in early 2019, and its operations facilitate the rapid adaptation and on-boarding of blockchain-based solutions that help in fostering collaboration between the public, private, and academic sectors.

They cooperate to ensure the sustainability of the latest technological standards. The partnership believed to accelerate the blockchain mechanism technologies and thus helping businesses and institutions to have a positive impact due to these advancements.

The Blockchain Centre of Excellence operates on the OISTE/WISeKey’s cryptographic Root Key. OISTE has partnered with sectors worldwide which deal with innovative blockchain technologies. Its root certification and identities are related to the leading Operating Systems and Internet Applications. It helps in building federated ecosystems.

OISTE protocol focuses on establishing a new trust protocol for the internet with distributed blockchain ledgers and traditional cryptographic Trust Models. The aim is to provide such an ecosystem comprising of governmental, technology, and business partners, wherein each representative node can have multiple nodes in each country.

“the partnership would promote best in class blockchain operations, their true identities would be a determining factor while creating chronological, immutable records, this will help customers guarantee the integrity and security of all transactions.”

WISeKey-Wecan Group Partnership create energies inevitable for the development of solutions, with their expertise on their respective technological layers.

CEO of Wecan Group, Dr. Vincent Pignon, claims that their venture builder strategy allows them for the development of various joint ventures while pooling all support functions. Many applications believed to benefit from this partnership.

WeCan Group, itself being a conglomerate of two ventures, Wecan Tokenize (an asset tokenization forum) and Wecan Accelerate( a libra acceleration program), support companies to make use of the true potential of blockchain. They provide capital and operational support to its supporting companies and empower them to establish defensible market-leading positions internationally.

Wecan Comply and Wecan Protect are two new Wecan Group’s joint ventures and expected to benefit from this collaboration greatly.
Wecan Comply (a resource pooling forum for financial sectors) enables financial players to establish themselves by creating recognized standards by facilitating auditing and monitoring to simplify the compliance system by pooling resources.

It is designed to increase the efficiency of compliance management. Wecan Protect ( a proof of ownership forum) aims at facilitating the registration and protection of intellectual property of digital assets.