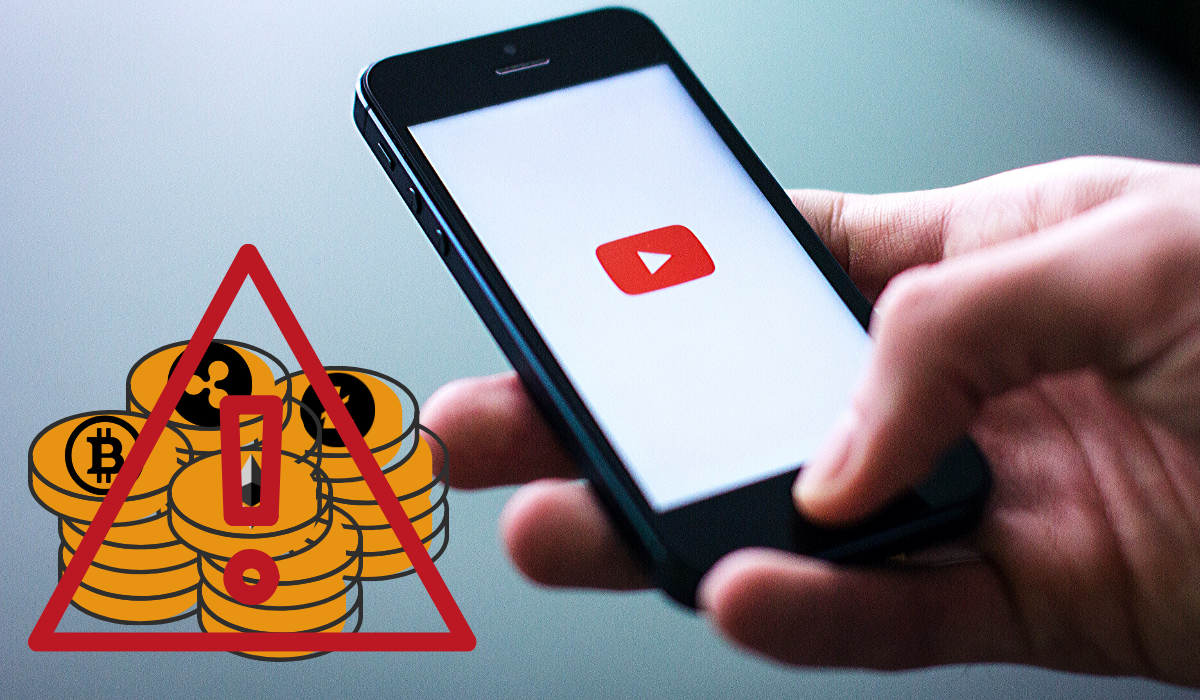 Recently, YouTube took down several videos which involved the topic of Cryptocurrency. This happened to not just ordinary users of YouTube but also popular crypto influencers. Everybody is aware of the fact that the Company owned by Google puts certain curtailments about the content which uploaded on the video-sharing platform.

For a few years, these restrictions imposed have only become harsher. Anything which is explicit or breaks the advertiser-friendly guidelines taken down within seconds. Another aspect to it is the demonetization element, which prohibits one from uttering swear words, which caused more problems for the YouTubers until earlier this year when the site offered more explicit reasoning to the users.

However, the real problem occurred when all of a sudden, the videos containing crypto-related content deleted without any prior information or warning.

A channel that goes by the name Eponymous is channeled by Chris Dunn, who is quite popular on the site and has over 210,000 subscribers. He doesn’t always individually upload crypto-related content; however, on Monday, all his videos, which consisted of Cryptocurrency, had been taken down.

He took his exasperation to Twitter for this unanticipated move telling everyone about his video being removed by YouTube in the name of “harmful or dangerous content” and “sale of regulated goods.” He further took out his frustration saying it had been ten years of making videos with 7M+ views and more than 200k subscribers, so why was YouTube doing this now.

Another popular channel that goes by the name Node Investor having over 54,000 subscribers reported a similar problem. Node Investor is a channel for market updating and analyzing of technical aspects of cryptos. The channel also took to his Twitter complaining of one of their videos on researching crypto’s which was uploaded two years ago had taken down because it was now illegal.

The Video Sharing Platform has not provided anyone with any specific reasons for undertaking this removal of videos that indulged in cryptocurrencies. Everyone is open to suspect whether it is for security measures, ad-related restrictions, or just due to some problem with the things related to crypto.

Further, even if it is for security reasons, then it will be interesting to note that YouTube had previously done this similar thing to the channels that the Stantinko botnet affected. However, that was not the reason why it happened to Dunn and Node Investors videos.

Dunn seemed way too frustrated with what YouTube had done and went on to tweet thanking people for their support and comments. He called the crypto community impressive and said he should’ve put his video on a decentralized platform a long time ago.

He also went on to say that this was the real reason why there was a dire need for a decentralized web. All this indicates a considerable resemblance to what Jack Dorsey aims for Twitter, favoring a blockchain platform.

Will Crypto Be The New Property Through Russia Crypto Bill?