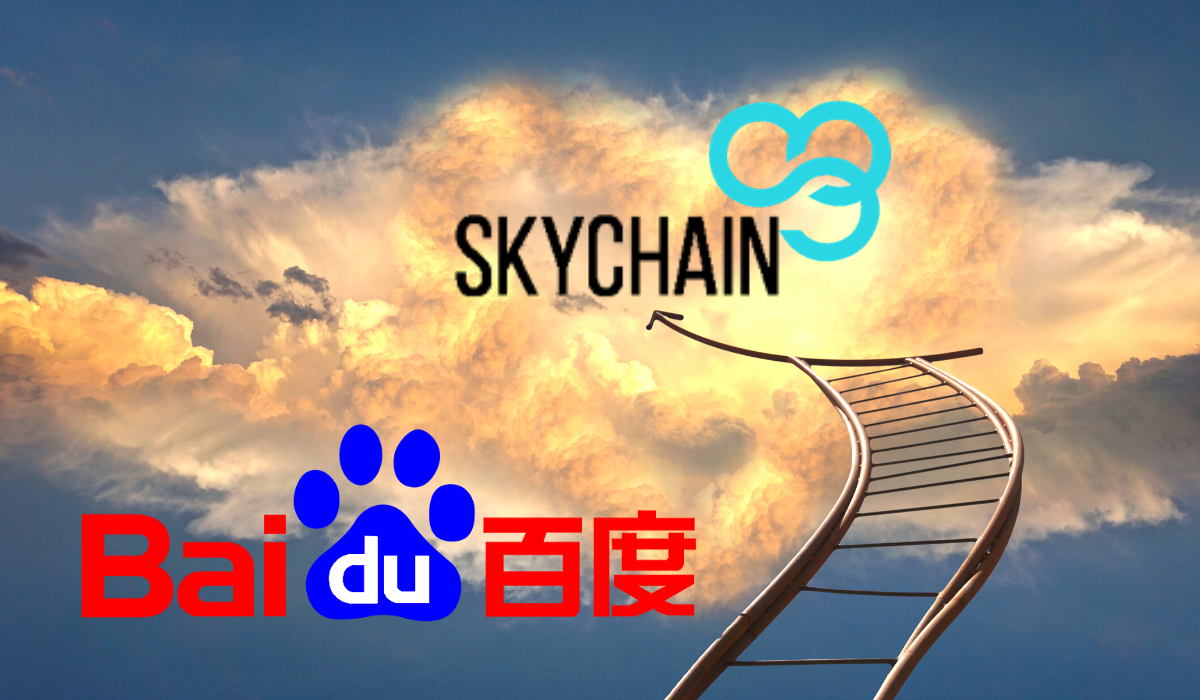 Baidu Intelligent Cloud recently announced that it would be officially launching the Skychain-Blockchain Platform. This newly introduced platform will integrate Baidu’s big data, Artificial Intelligence, maps and other leading technologies to support and cover higher populations of user scenarios, to help enterprises build a trusted BaaS platform with just one click, and lower the threshold for on-chain business operations.

It also provides a great variety of one-stop “blockchain + ABC” trusted solutions. Skychain is a cryptocurrency token which operates on the Ethereum platform. Currently, it has a supply of 12,360,000 with 7,485,311.149 in circulation. There have been estimates by IBM regarding the artificial intelligence market in the healthcare sector, which speculated to reach $200 billion in a few years.

Skychain works intending to control more than 70% of that market. Reports suggest that Medical errors are the third leading cause of death as sometimes due to human error, doctors miss specific details during X-rays failing in detecting lung cancer in as many as 69% cases.

In this way, Skychain also aims to save 10 million patients from premature death within ten years by improving the sector of healthcare through the introduction of artificial intelligence. If this works, it will make diagnostic AI systems more accessible as well as affordable for the consumer making use of Blockchain Technology to facilitate safe transactions between critical parties.

Skychain is a distinctive, and comprehensive approach towards manoeuvring smart contracts and binding together many healthcare data providers whose data may appear beneficial for AI training, independent AI developers and millions of consumers.

Along with this, it also considered being a trusted computing platform and a digital entity. The four products, along with the Digital Rights Platform, help finance, government, medical, and Internet Industries to establish new corporate collaboration models.

The Mars Finance APP also reported it on November 20 regarding an official announcement lately which came from the China Government Procurement Network. It said that Baidu had won the bid for the “Shanghai Xujiahui Smart Business District (Phase 1)” project. The total submission accounted to 3.86 million yuan.