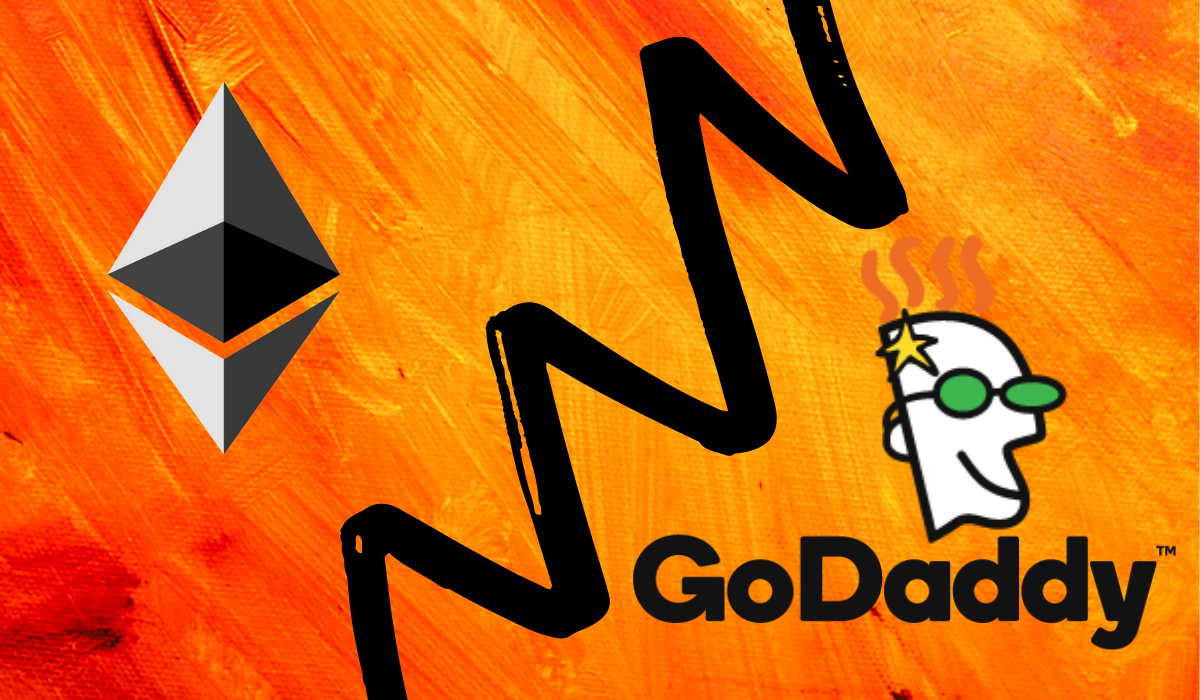 ENS or Ethereum Name Service is a smart contract system that decentralized and has a simple domain system (DNS) named Ehtereum dApp. The kernel aspect of the ENS is to convert human-readable names and words to the computer-readable identifiers, for example, metadata, Ethereum addresses, hash values, etc.
It’s an easy task for ENS to connect the Ethereum address with the domain name of ENS. So it is better to ask friends and people to send a human-readable content rather than XYZ, which is not understandable to human senses because it will transfer it and process it.

Even though the pros of ENS, Godaddy stands as the largest domain registrar in this greater full world as well as at Godaddy, it offers all kinds of online services like providing security certificates, hosting some websites to the website builders. The starting of this unique company happens to be in 1997, and Bob Parsons founded this company, but before the company’s name was Jomax Technologies.
In 1999, they decided to change it to “big daddy,” but someone already had the copyrights over that name, so they changed it to Godaddy. Back in 2010, there were only 8million customers, but a year after 2010, it grew up to 50 million domains, and by 2013 the domain names reached $1billion per year.
Also, in the past 18 months the web domain provider, Godaddy has no fixed security safeguards to guards its weakness that made it vulnerable to a thread of spam attacks that also contributed to the weakening of the security measures of the web domain.
The Victims received many fake DHL shipping emails from the spam detractors and further got AT&T alerts that related to fax, which also provoked the ransomware known as the Gandcrab. These suffer from the same DNS (Domain Name Service) problem of security as other domains do.

There are many significant differences between DNS and ENS. Also, ENS has a different structural design and also due to different capabilities and prohibitions provided by the blockchain of ENS, it built on the same contracts which provide security and ENS doesn’t suffer from the same security issue as the DNS system, so it overrules over the DNS system and ifs a better choice than Godaddy.
So ENS has a good chance to overtake the DNS or GoDaddy ( as it works on the very algorithms of DNS) because there is so much security issue, and ENS is free from it and provides a stress-free experience. Here we can create subdomains without any glitches.
Unlike the DNS, it is a Decentralized system that makes the work more comfortable, and it makes it possible to develop the all-new domains. Also, it has become more comfortable with the help of ENS that customers can buy their ENS domains on their own. So it has become pretty easy for ENS to replace GoDaddy due to its several advantages over DNS.