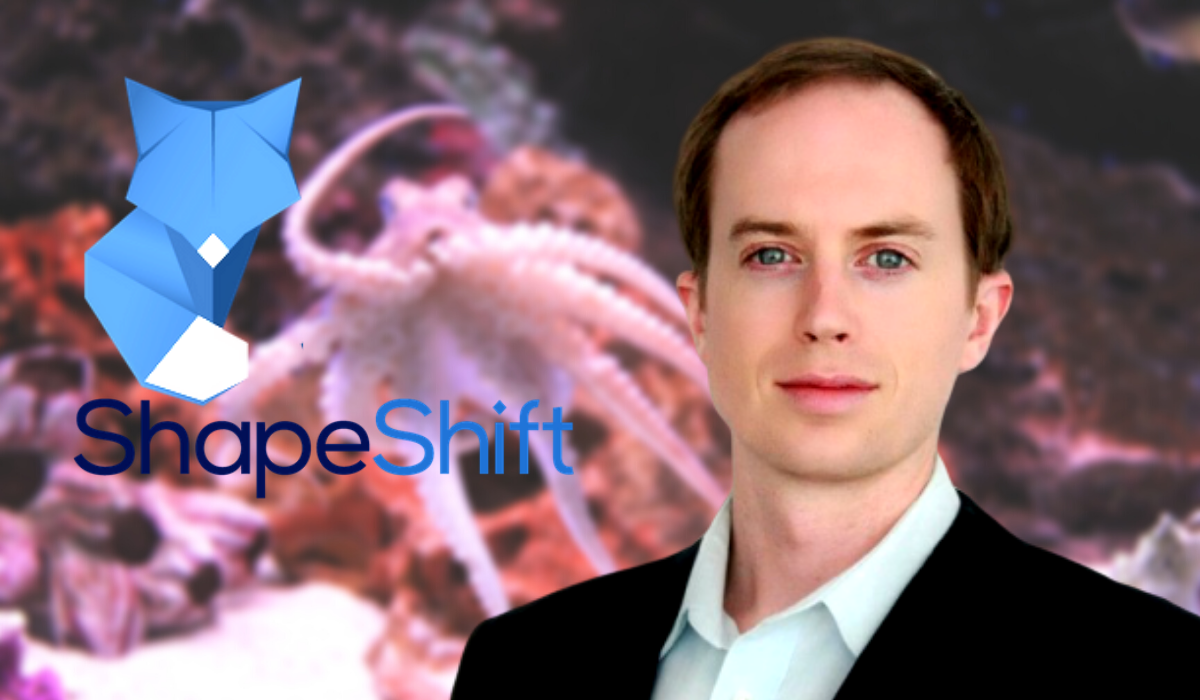 Erik Voorhees took to Twitter to show his dismay over how the excessive amount of regulatory inquiries from law enforcement agencies into cryptocurrency exchanges and the industry in general, is holding the sector back from growing, taking Kraken as an example.

Erik Voorhees seemed outraged at the fact that the government was squeezing money out of Kraken to do police work.

He quoted Kraken’s tweet where the crypto-exchange published a snapshot of their Compliance team’s 2019 Transparency Report where it showed that the company had received nearly 710 requests in 2019, a near 50% increase relative to 2019. 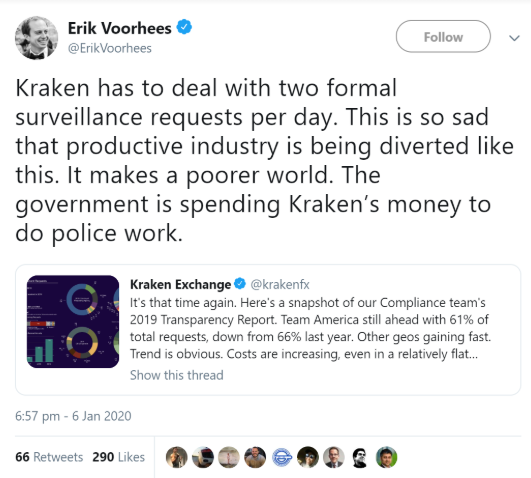 Kraken also went on to state in their tweet that 60% of all queries received came from U.S. Law Enforcement agencies with the U.K. trailing behind with other geographic areas, catching up quickly.

Kraken had managed to comply and provide data to about 62% of all the requests. The FBI had the most significant number of probes into Kraken with over 100 information requests relative to all U.S. Law Enforcement agencies. 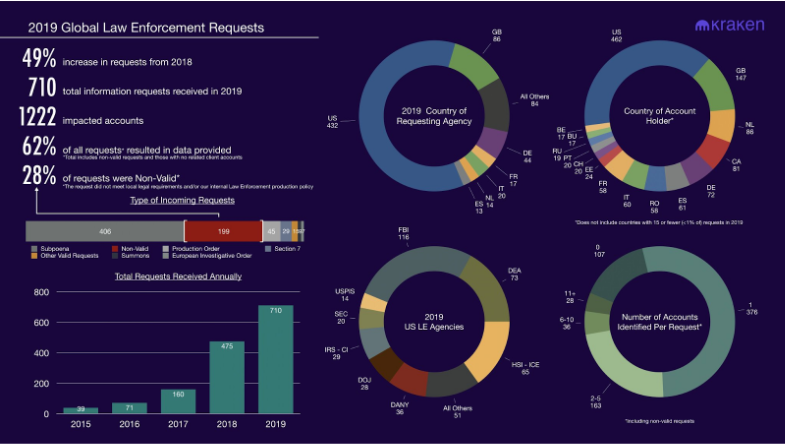 The compliance costs of handling the subpoenas were increasing steadily, all while the market price and their profit margins lay relatively flat, and this trend continues as it also observed in their 2018 Compliance Report.

As Erik stated in his tweet, having nearly 710 investigative requests would average about two formal surveillance requests per day for Kraken. This is a lot of work for the company, and devoting precious time and resources towards such compliance requests is what is concerning Voorhees as being a “barrier” in the industry.

In the publication of their 2018 report, Kraken had stated that the U.S. keen probing into the cryptocurrency sector is why most exchanges chose to block American users rather than having to deal with the legal and compliance challenges posed by the country.

As this bias continues, the costs allocated towards handling surveillance requests will increase, all while discouraging potential business investors. Erik’s company, ShapeShift, has also had prior experience with having to deal with compliance requests as such, reporting about a mere 60 offers in 2018.

Although more extensive cryptocurrency exchanges like Kraken and Coinbase receive a large number of inquiries like this, they have the resources to be able to comply and work in tandem with the countries issuing these requests.

When it comes to smaller exchanges is where such intense inspection can start “choking” companies and force them not to meet compliance standards.

U.S. authorities seem more determined than ever to ensure the security of its consumers and investors in the cryptocurrency industry to prevent scams and money laundering.

The increasing scrutiny on cryptocurrency exchanges can be attributed to the fact that the U.S. focused on exercising maximum control using the Securities and Exchange Commission (SEC) Department to establish regulations and make sure that the crypto-marketplace is safe for consumers and investors alike to implant their trust in companies.