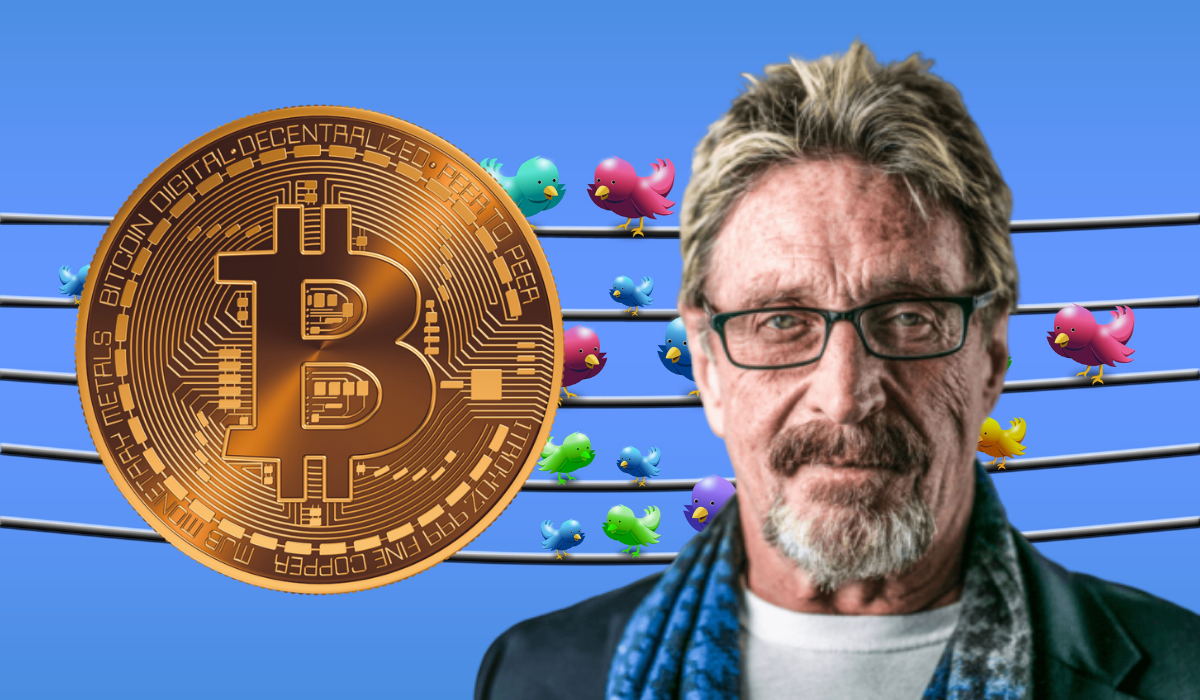 John McAfee, the founder of the popular computer security software McAfee, had made a statement dating back to November 2017 on Twitter, creating a bullish prediction on bitcoin, speculating that it would hit about $1M in value by the end of 2020.

He also added that he stood corrected from his previous prediction that it would break $500k by the end of 2020, but bitcoin had grown much faster than he had then anticipated. McAfee also went on to make a revolting yet mocking the comment that he would “eat his d*ck” if it didn’t happen.

Upon simple analysis, bitcoin’s current value sits at about $8,095 at the time of writing, and it would have to grow $2,294 per day for the currency to hit $1M by the end of the year.

Even for the novice who has seen a graph of bitcoin’s growth over the past two years, can easily say that by no means the currency will grow anywhere close to McAfee’s predicted value unless the global economy undergoes some miraculous shift that undermines all other currencies and puts bitcoin first.

Although, on 5 January 2020, McAfee took it to Twitter again to call his previous tweet a ruse to garner more attention to bitcoin. McAfee states in his recent tweet that the highly impossible $1M bet on bitcoin’s value and pledging to “eat his dick” if this tweet was wrong, was it a planned publicity stunt to bring cryptocurrencies into limelight of more people.

A ruse to onboard new users. It worked.

Bitcoin was first. It's an ancient technology. All know it.

Bitcoin is our future?

Was the Model T the future of the automobile?

McAfee also believes that bitcoin will not be the future of cryptocurrencies despite it having laid a strong foundation for the field. He calls bitcoin an ancient technology in an age where newer blockchains with stronger privacy, smart contracts, distributed apps, and more exists.

It is safe to say that whether McAfee meant his exorbitant bet on the bitcoin value or whether it was a tactic to gain attention. It has been successful in bringing more eyes towards cryptocurrencies as McAfee’s name and influence in computer security bring the notice of a large group of people to the field.

It also sounds a lot like McAfee also has large bets on Ethereum, the world’s second-largest cryptocurrency, which offers the same transactional benefits as bitcoin along with providing the additional features such as the Ethereum platform for smart contracts and distributed apps.

McAfee saw as a strong proponent of Bitcoin for a long time and has believed in the promises that bitcoin has for the future of currency.