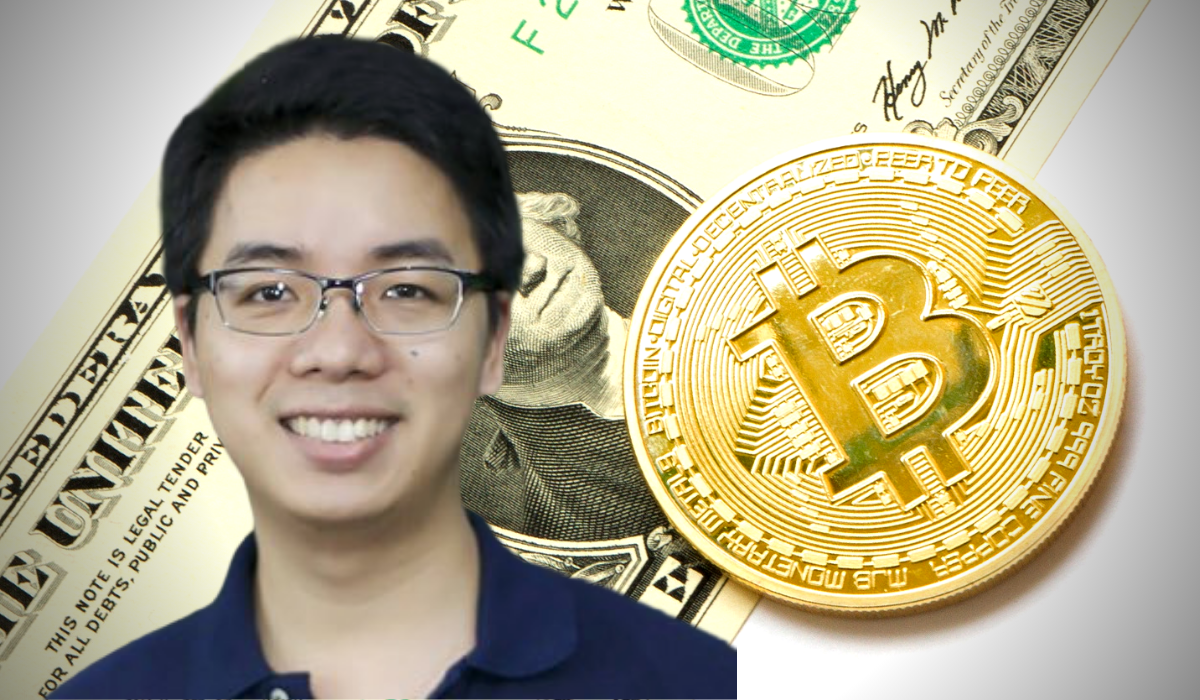 Wang Xinxi, the co-founder of the Litecoin Foundation, a non-profit dedicated to developing blockchain technology through Litecoin, took it to Twitter to call out the exclusive nature of the most popular cryptocurrency, Bitcoin.

Xinxi tweeted out that Bitcoin was still unique to the elite population, most with a bachelor’s or master’s degree. People from the STEM background have a higher chance of investing in the Bitcoin market and that uneducated classes have little to no knowledge of Bitcoin. 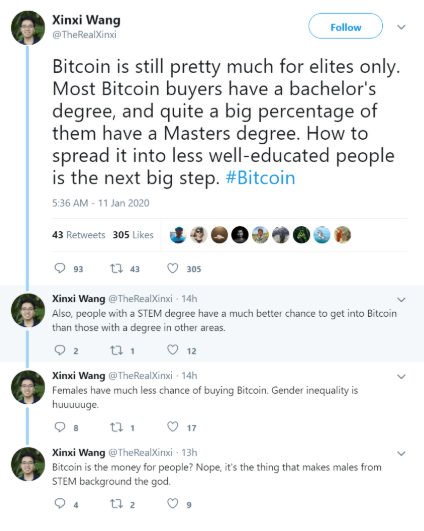 Xinxi states that this goes against the core idea behind Bitcoin to be a cryptocurrency that caters to the people and gives them the transparent, decentralized and secure currency that they deserve.

He also speaks out on the vast gender inequality present in the cryptocurrency world and states that men are more likely to buy Bitcoin compared to women.

He ended his tweet by saying that Bitcoin was not cryptocurrency for the masses, but just a currency with a lot of value that gave unprecedented power to the male community from a science and technology background.

Xinxi’s stand on educational exclusivity to Bitcoin is only logical since the idea of cryptocurrencies, in general, is much harder to conceive compared to fiat currency value or traditional earth mineral value. The reach of cryptocurrencies has widened tenfold since Bitcoin first gained traction.

Still, even to this date, the knowledge of cryptocurrencies and the advantages it provides over traditional currencies are unknown to most of the masses without working experience in the blockchain technology or the idea behind cryptocurrencies.

His ideas on gender inequality in the space are also very accurate since it is genuine that females tend to buy bitcoin much lesser than men. Some research suggests that this has nothing to do with digital awareness but with more on security for financial wellbeing and financial literacy in a growing and highly digitized economy.

Although Xinxi has stated his beliefs in the market trend for Bitcoin posing more towards STEM-oriented people, the audience to Xinxi’s tweet seems to disagree as many testify that they are, or know other people who heavily invested in Bitcoin without having a degree.

People state that education is the least necessary thing for getting into Bitcoin and that people need to understand the underlying principles behind the currency to understand why it is worth investing.

It is also worth noting that as Xinxi rightfully states, the next big step for Bitcoin is to get it into the hands of the wider public and to educate more and more people on the value of cryptocurrencies.