Chris Slaughter, founder, and CEO of Level Invest, a trading platform, has made a market prediction stating that Bitcoin prices are going to rise to the $9,800 mark before seeing a major pullback. Slaughter has used a TradingView fractal chart to forecast the market trend that Bitcoin will follow since mid-January.

Price action continues to follow the red fractal but has moved at a faster pace.

We're currently above a major trendline so I'm still not sure we should expect much dip yet.

The fractal suggests a push to $9.8k region before any major pullback. https://t.co/FwoA8dKoIh pic.twitter.com/ROIilr5XqT

The trading platform founder’s last prediction on January 28th involved stating that prices would follow the red fractal trajectory suggesting that the prices would consolidate for a while in the $9,000 range before making a push above $9,500. Now, in his February 1st update, he has stated that the prices of Bitcoin have moved in the same trajectory of the red fractal but at a faster pace than initially anticipated. 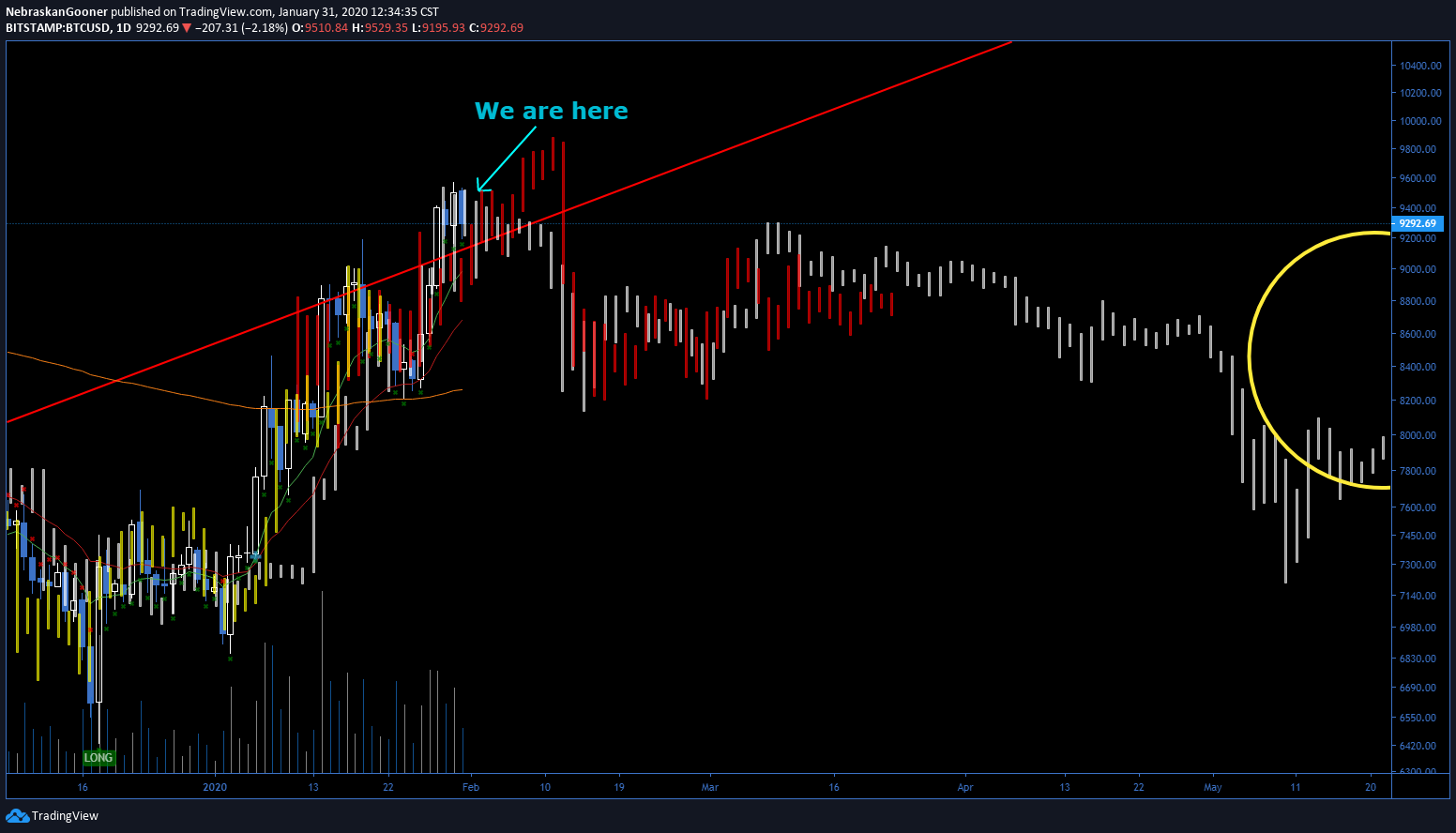 Slaughter has also suggested that the prices are still currently above a major trendline, and the market shouldn’t expect to see any dips in prices just yet. However, he does expect the prices to drop once Bitcoin pushes to the $9.8k range to meet with the white fractal at a higher $8k or lower $9k range.

Slaughter has managed to make some pretty accurate predictions using the above fractal chart throughout January as prices seemed to reject at the exact dollar as his chart predicted during mid-January. Overall, in general, Bitcoin has followed his red fractal line and will hopefully continue to do so in the short-term as per Slaughter’s expectations.

Chris Slaughter is the founder and CEO of Level Invest, a member of the Glassnode Trade Advisory Board, and also the founder of Elevate Trading. Level Invest is a trading platform offering a meager trade fee compared to other trading giants setting them apart from their competition. Slaughter’s market forecast can also be seen as very reliable as he has considerable experience on the Glassnode Trade Advisory Team, with Glassnode being a big player in the on-chain data analysis sector.

The After Effects of Ethereum Downfall to $1400