By the end of January 2020, XRP community members were excited to see that the digital currency is about to hit an all-time new high. As it is evident from its growth, after the partnership between Ripple and Moneygram, the value of XRP is booming. The value of XRP has nearly doubled since December 2019. 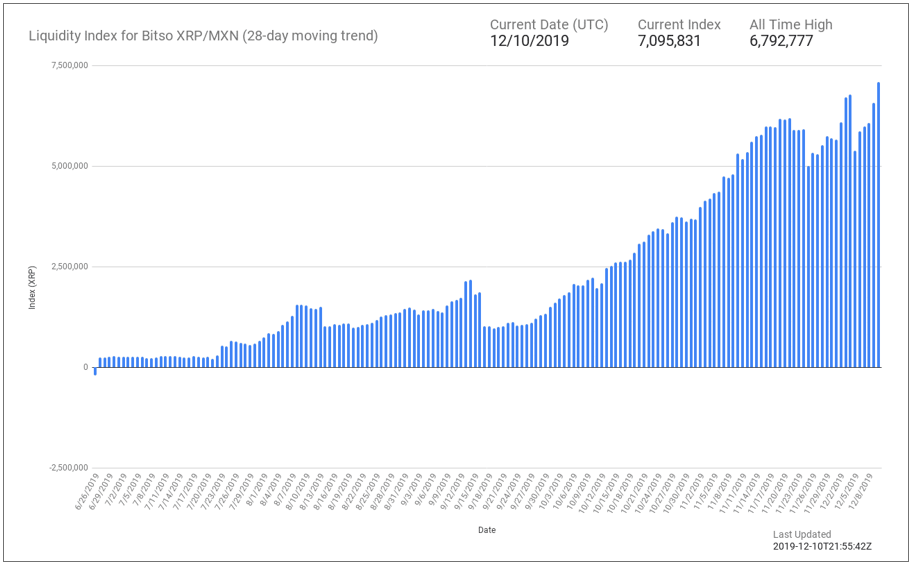 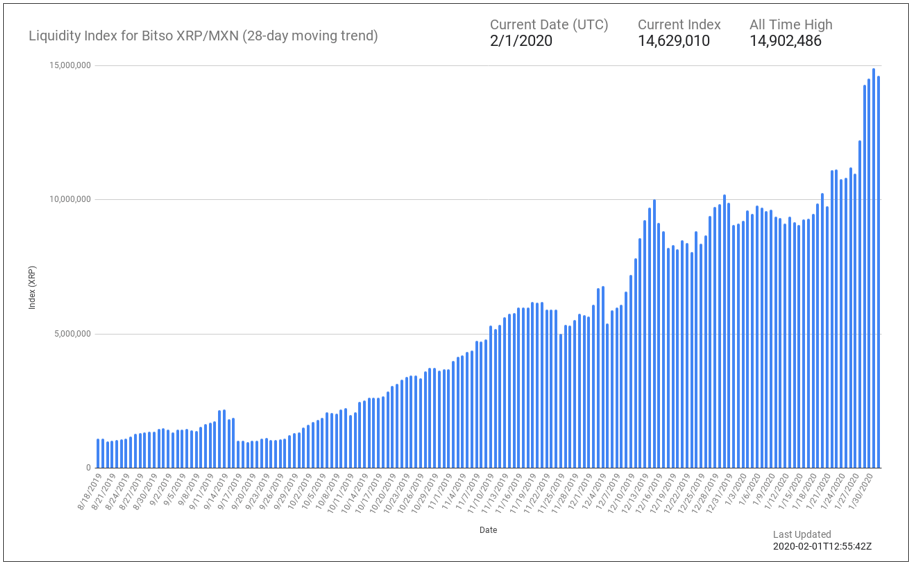 The first graph showed the status of XRP in December 2019, and the second one shows the status on February 1st, 2020.

As the above graphs depicted the change in XRP over the past couple of months, it was clear that XRP is growing at an accelerated pace and is bound to break its record pretty soon.

In November 2019, the Australian Dollar announced at SWELL. This pair of AUD and XRP grew rapidly and recently, and a similar thing happened with Mexican Peso and XRP when the liquidity doubled within the past two months. At the moment, AUD has grown from zero users to over 3 million.

At the start, XRP used in small volumes, and it was waiting for the perfect moment to get going. This behavior was quite similar to the ones there were seen in Australia and Mexico earlier this month.

And now, the expectations of many XRP enthusiasts have come true. The volume of XRP and the Philippine Peso reached the all-time high liquidity of over 4.4 million. Previously the highest value was around 3.8 million.

From the recent reports, it is quite clear that the partnership between MoneyGram and Ripple is going to be quite a success.