But according to many analysts, the positive rally of Tezos has now become over-extended and can be facing price corrections anytime soon.

Also, the minor rejection faced around $3.40 can be an indication of upcoming price pullback. 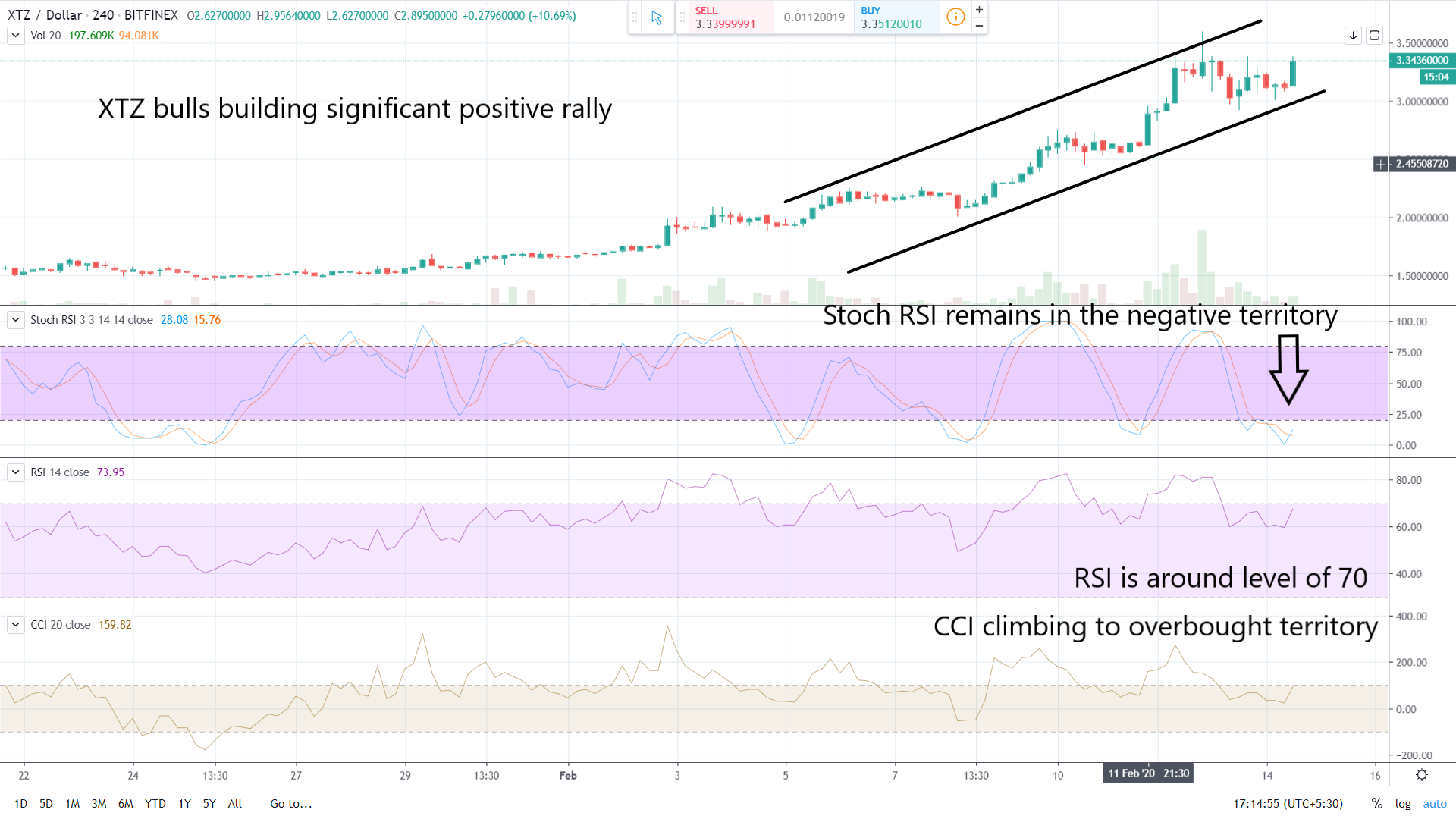 The graph reflects on the strong positive momentum build by XTZ bulls in this month. Tezos started with a price of $1.66 in this month and broke the massive mark of $3.60.

The Stoch RSI remains in the overselling region which indicates that it can face price corrections due to the sharp rally.

Whereas RSI favors XTZ bulls by being at the level of 70 and in the positive region. But it is also climbing towards overbought territory which will be interesting to watch.

The CCI is also climbing up the overbought region but a negative divergence from here can favor XTZ bulls immensely.