Ethereum (ETH) Price Analysis: Bulls May Fade Away If ETH Continues Under $275 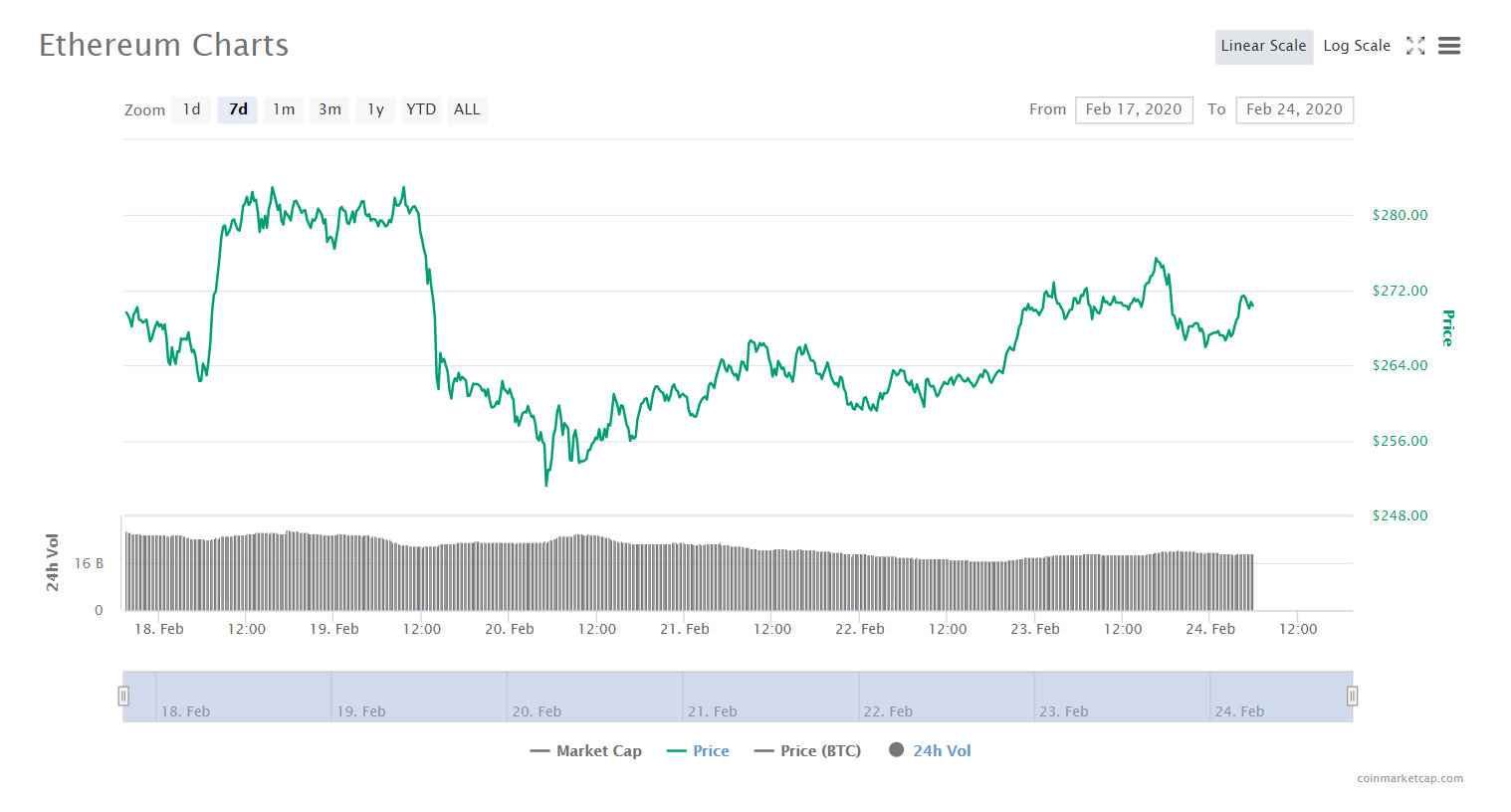 As the graph indicates, after breaking a $280 mark to reach $300, ETH bulls couldn’t hold up. After reaching $282.50, it faced pricing corrections at multiple times but in a small magnitude.

However, now the crypto market is assuming that ETH has held between $250 and $275 for a longer duration than expected. This may help the bears to pullback the price of the second-largest cryptocurrency in the world to a significant extent.

Ethereum has been able to sustain above the support level of $255 but somehow failed to overcome the resistance of $275. It can be said that after performing an increase of a total of 127% from low to high in 2020, Eth is in the phase of consolidation.

Against BTC also, ETH is struggling between 0.0278 BTC and 0.0260 BTC. A break from the price band would help ETH to get out of consolidation.

The technical chart also suggests that ETH is having confirmed consolidation with the cyclic upward and downward trend between $255 and $275.

The RSI is currently moving up and is around the level of 55. If RSI tends to move up, it will be a positive sign for ETH bulls.

CCI also faced a negative divergence from the overbought region which also favors the ETH bulls.

MACD levels show that there is a minor bullish pattern building up for ETH in the crypto market.