Tron (TRX) has gone below the major mark of $0.020 and the concern in the crypto market is that whether it is a starting of a significant downfall for Tron?

Well, the CEO of Tron Justin Sun’s continuous efforts indicates that he is not giving up easily on the downtrend of his coin. Providing positive fundamentals at regular intervals is been the weapon for Justin Sun to fight the overall downtrend sustaining in the crypto market. 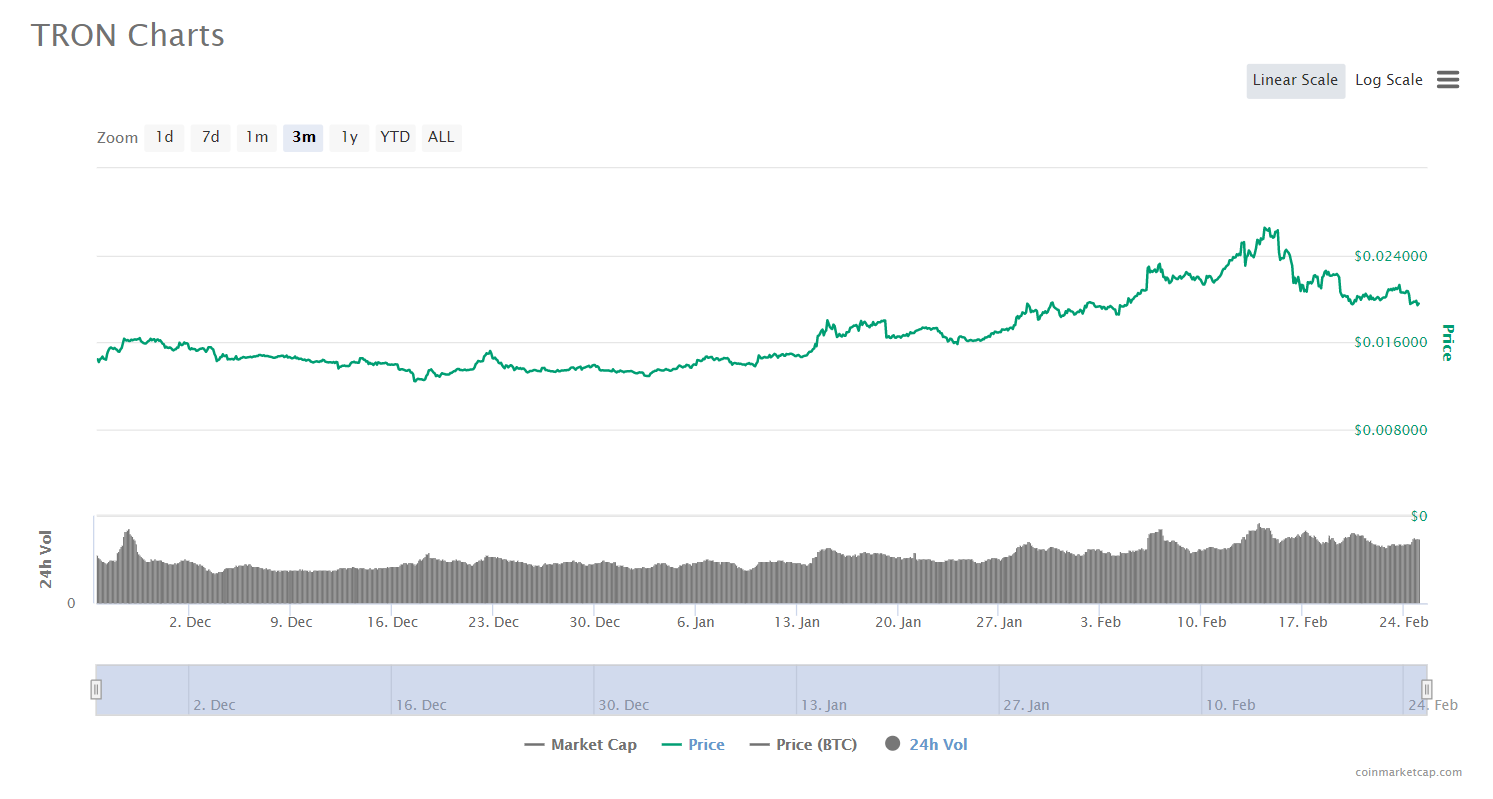 The efforts made by CEO Justin Sun for regaining the positive momentum for TRX are as follows:

However, the continuous efforts still haven’t been very effective as Tron continues to the dropdown. It can be said that the overall bearish nature persisting in the market is affecting Tron significantly.

The graph reflects on the downshift faced by Tron for the past few days. The technical indicators also suggest that the bearish momentum may continue for the altcoin in upcoming days.

RSI remains at the level of 40. Any movement above the level of 50 will favor TRX bulls to finally come into play. CCI is currently in the oversold territory which indicates further decline but is trying to move the positive territory. MACD levels indicate that the bearish momentum will persist for tron in upcoming days due to the bearish cross.

Ravencoin is enjoying boosted interest towards it