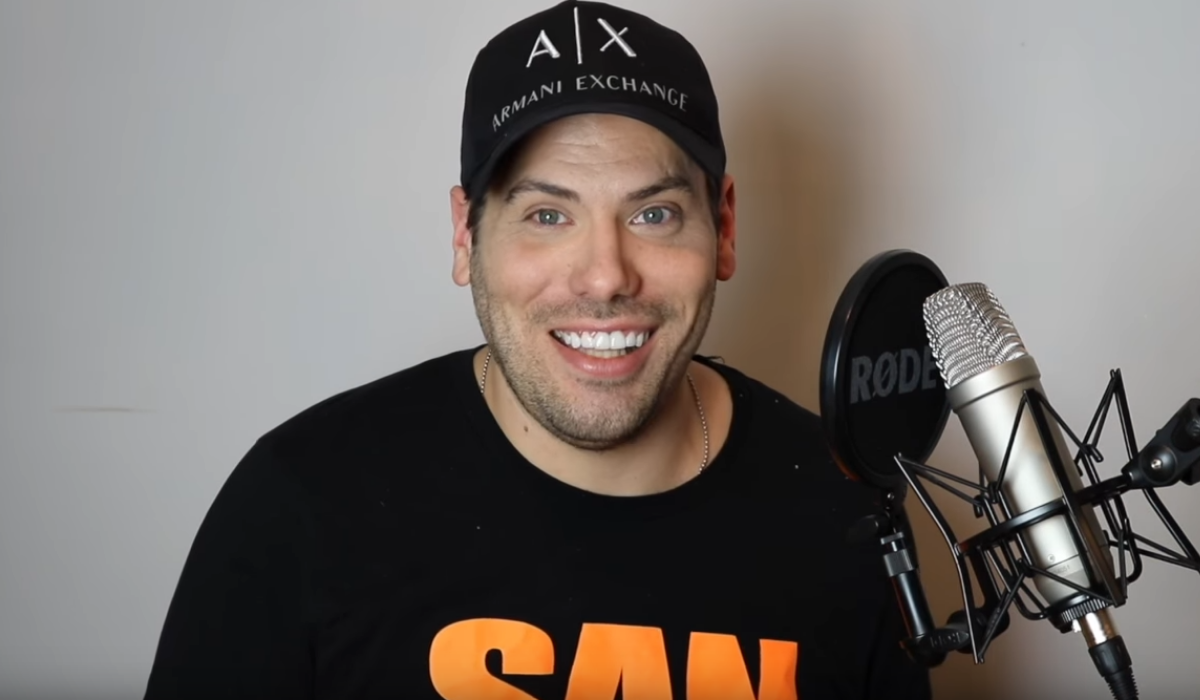 Italian-American fintech entrepreneur and YouTube cryptocurrency content creator, Vincent Briatore made a video commenting on Bitcoin predictions, primarily by Canadian businessman and shark investor, Robert Herjavec, and on the impact of the coronavirus outbreak on the global cryptocurrency market.

The video starts with an excerpt from an interview with Herjavec being asked about gold investments. To this, he strongly states that he believes that in the long term, base metal assets aren’t going to be an “economic indicator” as they do now. He continues that he is a strong believer in Bitcoin and electronic payment methods in the future.

When asked investing at the current value of Bitcoin, Herjavec makes a strong point that in the long term, the current price of Bitcoin will stand to be insignificant at best since the value is only set to increase massively, hit over a $100,000 as he predicts.

The reason for this, according to him, is that whenever you throw an option at a consumer, in the long term, they always chose convenience and Bitcoin is purely more convenient than anything else.

He also talks about the fragmentation of cryptocurrencies and that investors and customers are not locked into one type of Bitcoin alone. He believes that as soon as a premier financial institution like JP Morgan Chase stands behind cryptocurrencies, that’s when we will truly see them take off.

This is when Briatore first steps in and gives a decent introduction to Herjavec and talks about who he is and about his previous business, Brak Systems, a computer security firm.

Briatore points out that Herjavec, being a tech-savvy individual but yet a man with wide business acumen, speaks out about Bitcoin without prompt and his highly positive outlook on the future of digital assets.

He then moves on to talk about how the coronavirus outbreak is spreading global panic with a small percentage of Americans. Even reportedly giving up Corona beer out of fear of some relation with the coronavirus. Then he talks about the stock price for Tesla dropped over 25% last week and has plummeted about 50% in total since the beginning of the decade.

He speaks about how 25% fluctuation in the stock market is a huge variation for those leveraging stocks, and due to the popularity of Tesla stock. Its performance in the market, many people have leveraging to invest in the stocks of the electric vehicle manufacturer.

Briatore then moves on to talk about how investors in the stock market space are showing a strong interest in investing in larger companies like Apple and Disney whose shares are down due to the outbreak since this indicates a good buy-in point.

Briatore adds that just like these larger companies, another good investment point during this period is in medical supply companies, stating an example of Alpha Pro Tech, a medical supplies company whose stocks sit at $20.48 but have made returns of 268% in a five-day period.

This company has had massive returns over the long term too, Briatore points out, with returns of over 200-300% in the short term and over 500% over the last year. He says that rather than investing in larger companies that have just lost a little momentum due to the outbreak, a better option for investors would be companies like Alpha Pro-Tech.

He then moves on to speak about cryptocurrencies, stating that Chainlink, in particular, is doing quite well but the larger players like Bitcoin Cash, Ethereum, and Bitcoin are taking stronger hits.

He speaks about how larger and wealthier investors with a larger asset roster are consolidating in stocks and digital assets too and that there is a way in which this period of economic disaster in the markets can be utilized to make profits.

He believes that the outbreak and the media sentiment around it don’t look like they are going to subside soon and that there is still time to make gains off the outbreak, as ruthless as that sounds. He says that the cryptocurrency market stands to profit too because, in this state of global panic, the public would also tend to invest in cryptocurrencies just like they do in gold.

Briatore’s opinions may be seen as a ruthless play on a global epidemic, but the truth is that the financial market for most assets is at a good buy in point and whether it is morally or ethically intact, there are profits to be made if viewed from the right perspectives and the right decisions are made.

Dutch Police have seized 2,500 Bitcoin, which is about 3.5 billion Yen involved in money launderingTwo men and women have been arrested...
Read more
Analysis

UNI stands at $2.38 making new lows of $2.29 over the monthly chart resulting in the formation of a falling channel pattern The...
Read more
Analysis

Uniswap Emerges with a Bullish Move After Breaking Below $3.00

The bulls for Uniswap are finally back in the market with a significant positive move upfrontThe digital asset gained positive momentum as...
Read more