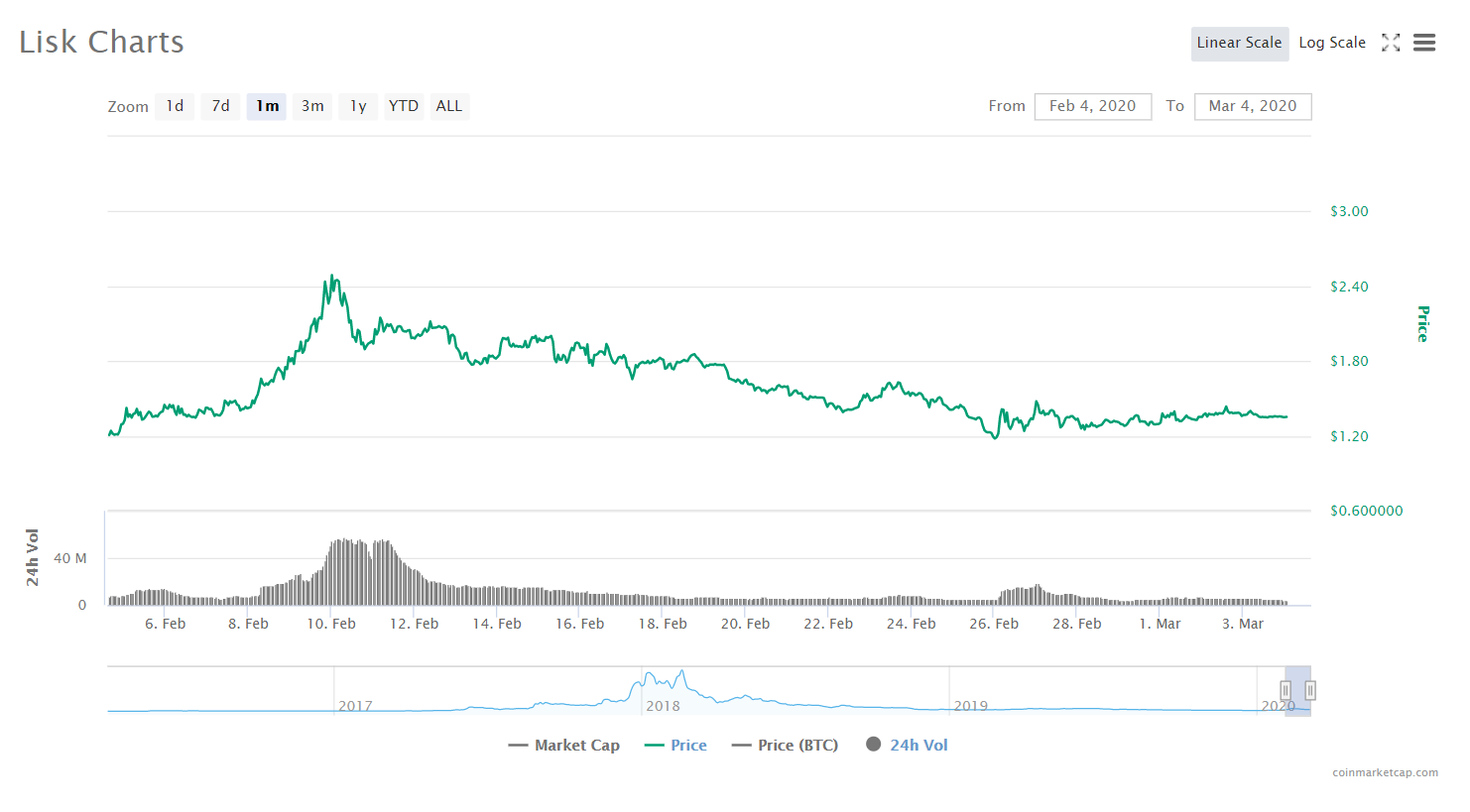 The monthly chart reflects on the bullish momentum of lisk from the starting of February which helped the crypto assets to reach the price level of $2.50. However, after reaching its critical resistance area, the altcoin is facing a heavy downfall since then. Currently, lisk is at the support level of $1.30

Lisk was on significant price growth from the starting of the year. It started the year with a price level of $0.50. the bullish momentum helped the altcoin to break the crucial level of $2.00.

If lisk is able to sustain on the support level, we can expect price recovery from the altcoin in upcoming days. However, if the price goes below the crucial level of $1.00, the heavy downfall may resume. 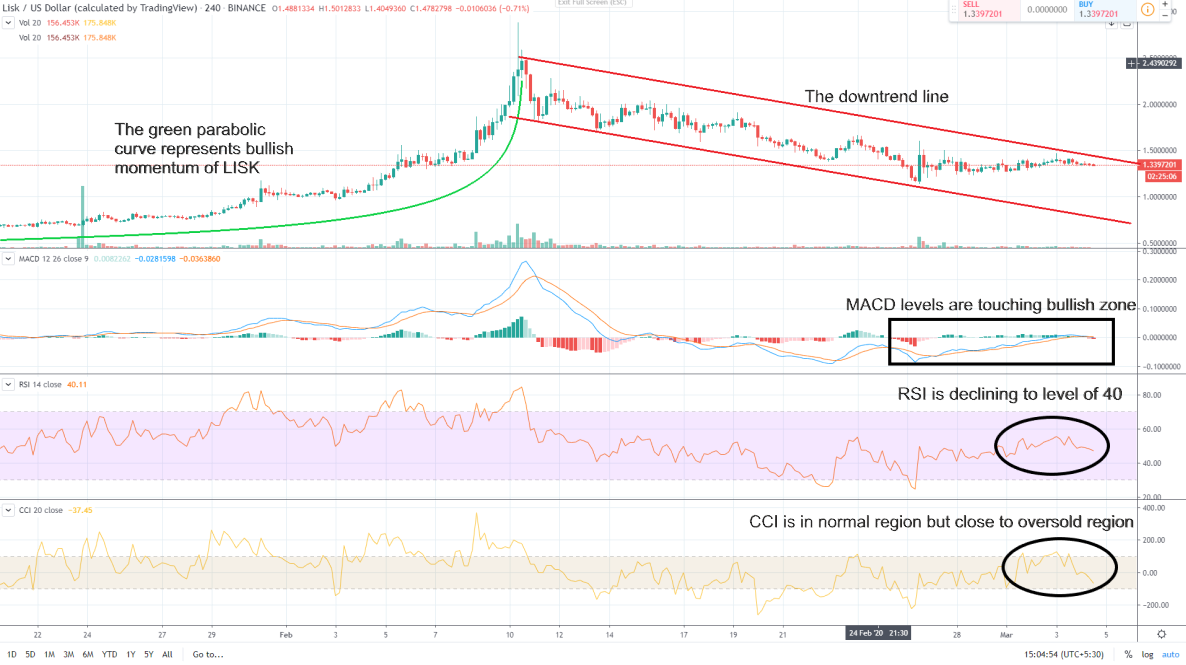 The technical chart reflects on the bullish momentum of lisk from the starting of the year with the help of the parabolic curve which is followed by heavy downfall in the form of the downtrend line.

The technical indicators and oscillators suggest that lisk might stay at this price level for a few days after suffering large volatility. However, it can happen that the support level provides a boost to altcoin for pricing recovery.

MACD levels are finally reaching a bullish zone which is a positive sign for LISK bulls. However, RSI is on declining nature to the level of 40 which indicates that the altcoin can stay at this price level for a while now. CCI is in the normal region but sloping downwards to oversold which indicates that it can also break a $1.00 level.