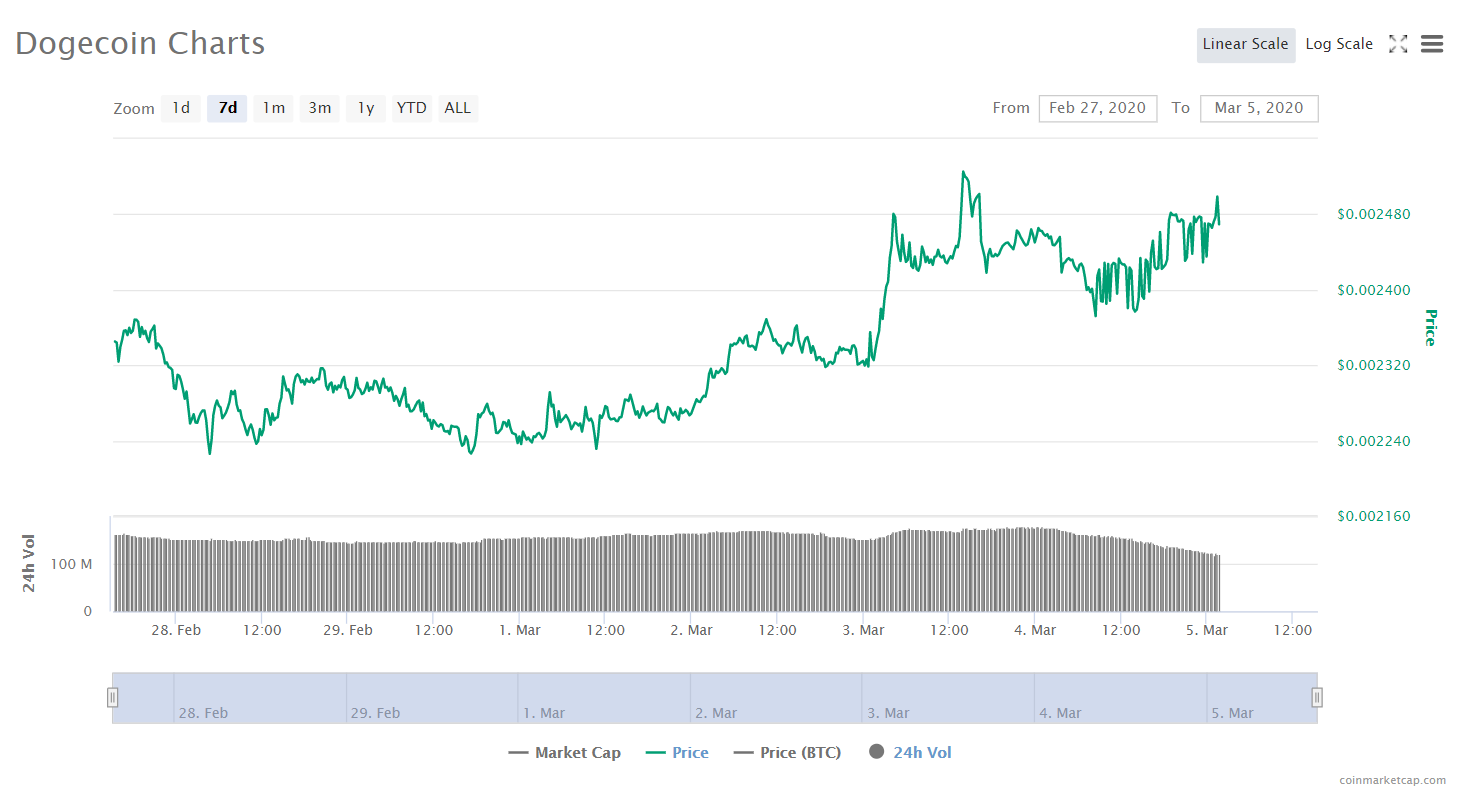 Dogecoin started this year with a price range of $0.0020 and established bullish momentum in the market, which helped it to reach the price level of $0.0033. Afterward, it faced heavy downfalls, which again forced the altcoin to touch the price of $0.0020.

Elon Musk, CEO of SpaceX and Tesla, expressed his views on twitter regarding dogecoin and said that the community is having the best coin in the cryptomarket

The technical chart suggests that Elon Musk support can provide dogecoin a positive movement in the market for the upcoming days. The parabolic curve in the graph represents the bullish momentum dogecoin had from the starting of the year which was later followed by a heavy downtrend.

Currently, the altcoin is trying to regaining the bullish momentum with a strong support level of $0.0020 but facing price consolidation due to the resistance provided by the level of $0.0025.

The MACD levels have reached a bullish zone which is a positive sign for the altcoin. RSI is also trending and can reach a strong bullish level of 70. CCI is in the normal region but very close to the overbought region.

This indicates that Elon Musk’s opinion has surely gathered some buying volume for the crypto assets but not enough to beat strong price consolidation.

NOMINEE JANET YELLEN MIGHT NOT BE VERY SUPPORTIVE ABOUT CRYPTOCURRENCY