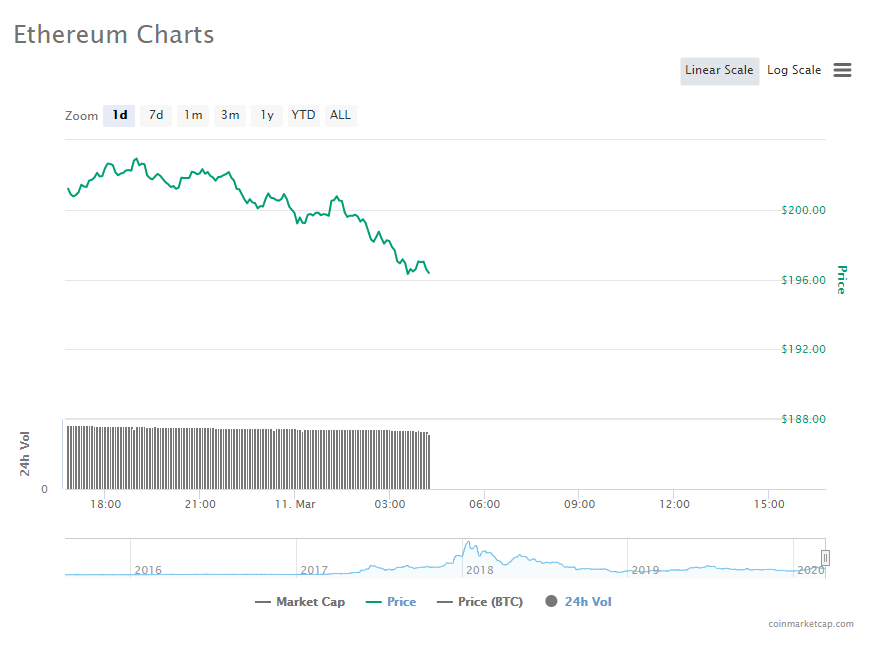 Ethereum broke the support level of $200 and went to the price level of $199 but somehow managed to climb to the safe zone for now. But looking at the current conditions, it will be a challenging task for ether to again gain a safe spot from now on. 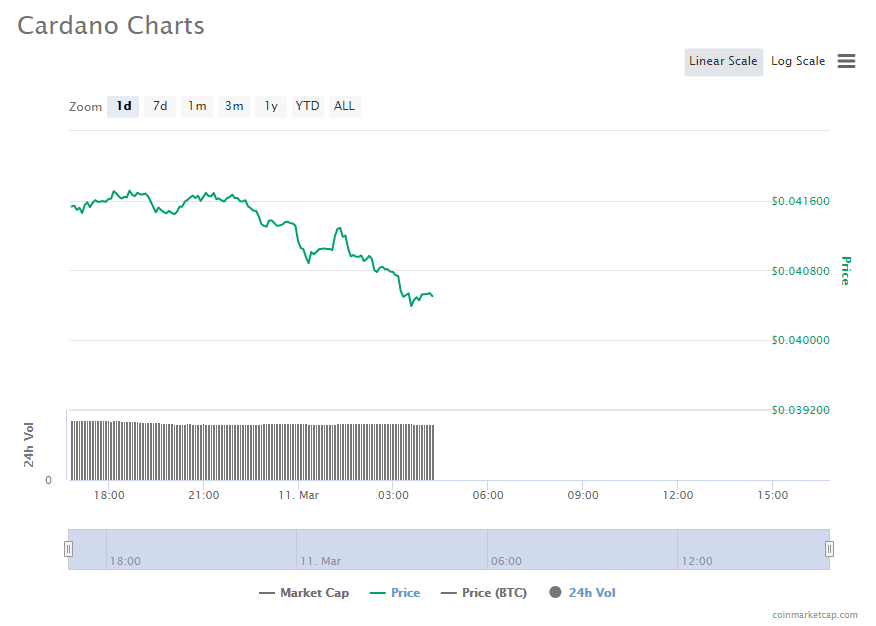 However, if it manages to surpass the level of $0.045, it can be treated as a positive sign to start another bullish momentum from here. But any drop below $0.038 will result in major pricing correction for the altcoin. 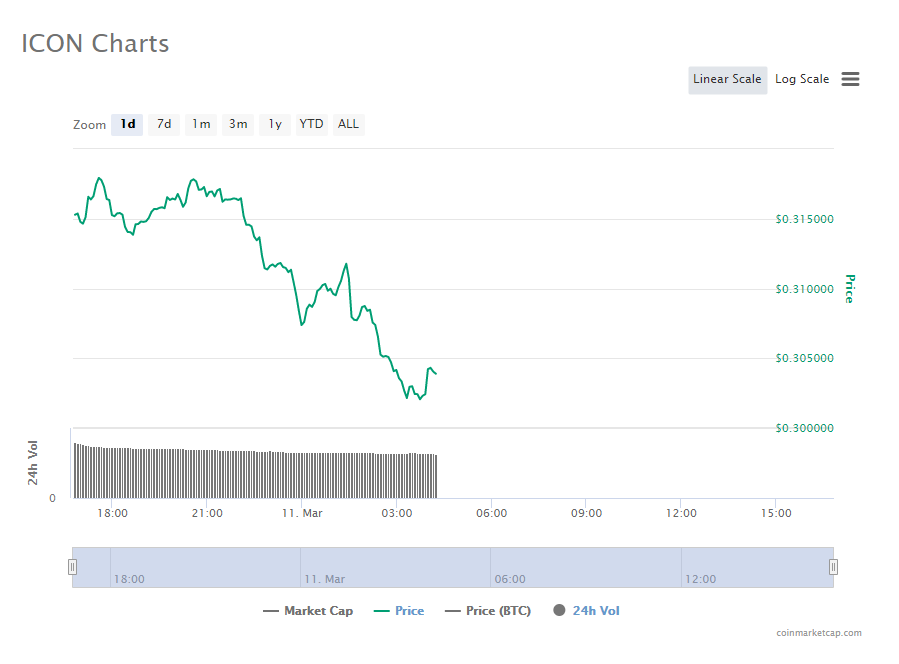 The ICX/BTC pair is also facing negative momentum in the market with a loss of -2.62 bringing the level to 0.00003887 BTC. Any further downfall below this crucial support level will be making bears more impactful in the market. 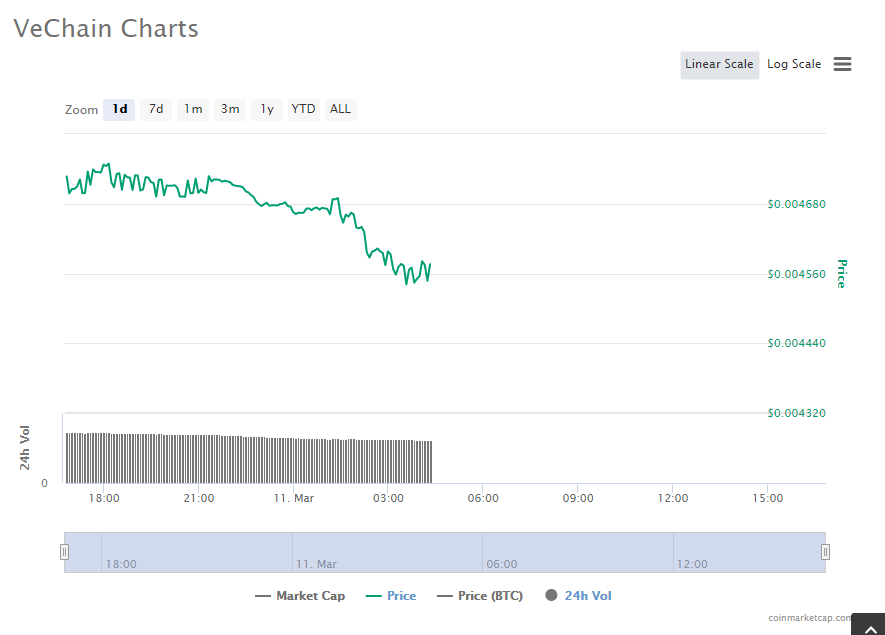 VET is also strongly supported by the price level of $0.0040. Any break below the support level will be an indication of a major upcoming downfall for the cryptoasset. 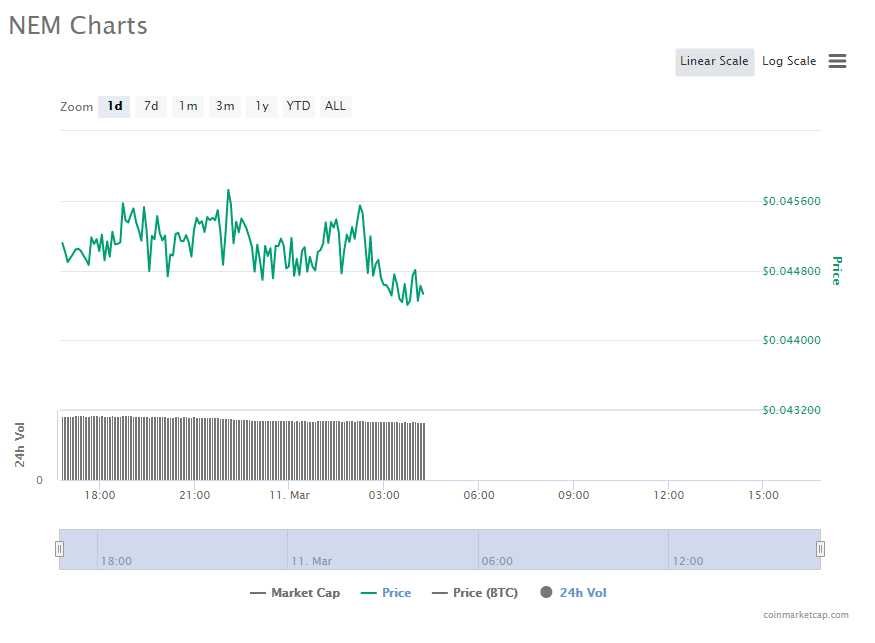 NEM is on bearish momentum after breaking a $0.050 mark. Currently, it is down by -3.78% and the current price is $0.04581. The altcoin is currently on its support level of $0.045 and $0.040 respectively and further downtrend from here can result in major price pullback.