The 7day-weekly chart shows there is a vital downfall in the price DASH’s prices, leading it to the lowest possible. DASH started its day with a support price of $70. After breaking this price, there was downfall with a massive magnitude.

DASH got affected by the downfall of the global market as it falls so gradually. After fall it tried to break the resistance level of 55$ but failed in its attempt. 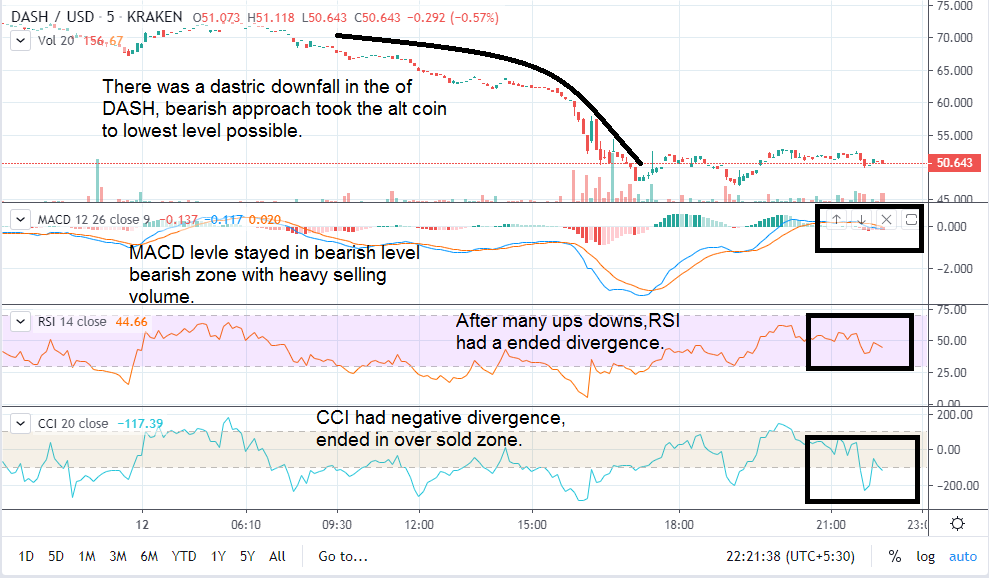 According to the technical chart, there is a massive bearish movement in altcoins price. The charts show that today, the price dropped so immensely in the recent month. After acquiring the bearish approach, DASH was unable to shift to bullish.

MACD levels stayed in the bearish zone, and there was a heavy dominance in selling. DASH’s day ended in bearish approach.

The 24hr-RSI had negative divergence and reached the zone of overselling region, DASH barely maintained its presence in normal zone and completed its day in bearish approach.

The 24hr-CCI stayed in the oversold region with a negative divergence even at the end of the day.

DASH Price Analysis: Preparing For Another All Time High, Probably