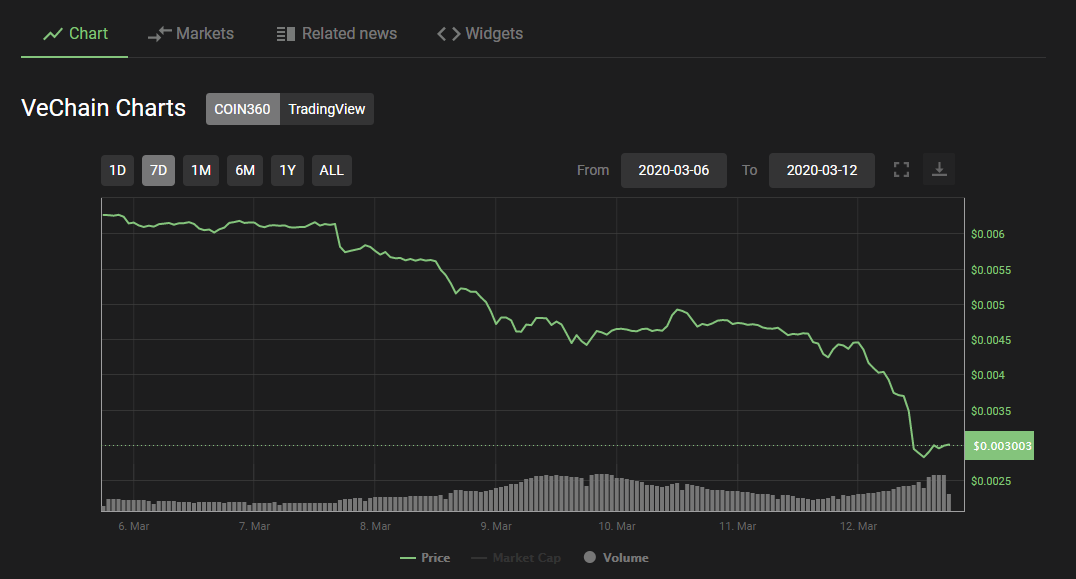 The 7day Chart shows that there was a gradual downfall since the beginning of the week, and many times it avoided downfall due to the support price of $0.004150.

Since there is a continuous downfall in the price of the crypto asset, its future is concerning. As mostly it is in bearish approach.

Day by day its falling prices make it a very weak cryptocurrency, as there is a huge change in its market capital and volume and every aspect is falling with a heavy magnitude. 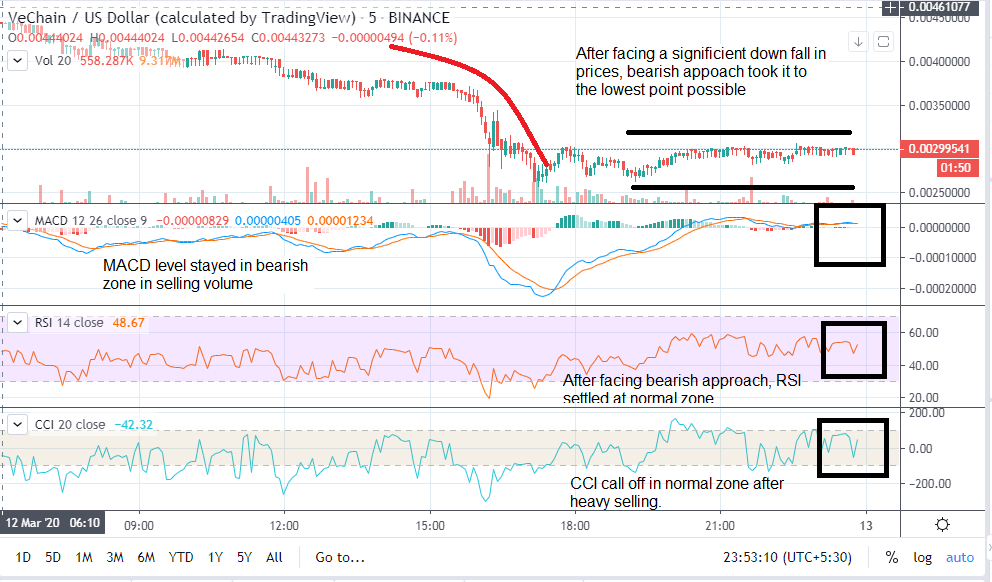 The technical charts reflect that there was a continuous fall in the prices of altcoin and it’s in bearish approach since the start of the week. Today it got messy as price falls to the lowest possible and then failed to do a climb.

The technical indicators and oscillators show that there is heavy sell in the vechain, making it more venerable to fall.

MACD was majorly in bearish zone as it suffered heavy selling and downfall today.

The 24hr-RSI somehow ended at normal point after making a slight positive divergence at the end of the day.

The 24hr-CCI had made some positive divergence after staying in the oversold region showing that there is still some buying volume left for altcoin.

VeChain voting to decide the fate of base gas fee