The seven-day chart shows a continuous downfall in the prices. It’s going along with the global market but today just after opening, NEO took a major bearish approach and started dropping to the lowest limit possible.

After reaching the lowest limit possible, it took a sharp positive boom towards the normal but just after touching it, again it started falling. Many times it switched places between both zones. 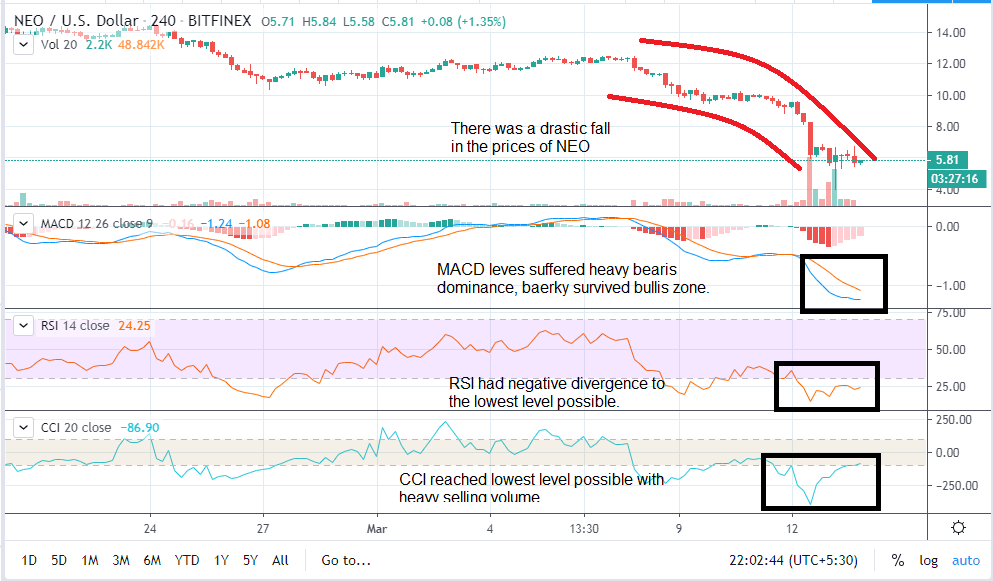 In the technical chart, we can see that there is a gradual fall in NEO’s price as it is continuously falling. Many market factors are responsible for this. As there is a heavy selling volume in the market the prices of cryptocurrency is keep on falling.

Crypto investors will be keeping a sharp eye on tomorrow’s market as they are very much concerned with the continuous fall in alt coin’s prices. The technical indicators and oscillators are indicating a heavy selling volume of the altcoin.

The MACD levels are facing heavy bearish dominance with a heavy selling volume. Many times it tried to have a bullish approach but bears didn’t allow. The RSI had negative divergence from the positive zone which led to the lowest point possible. After that altcoin was unable to reach the normal level.

CCI went lowest to the lowest point possible in the oversold region with very sharp divergence and barely made it to normal.