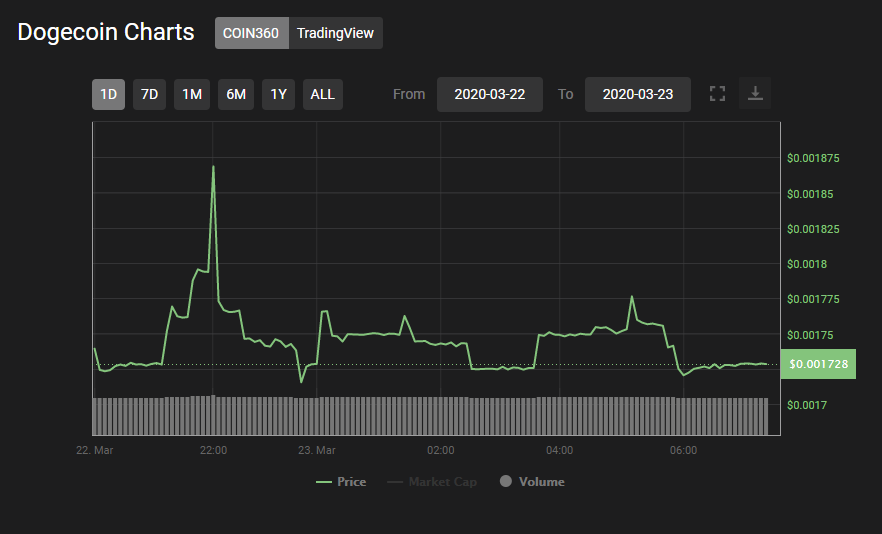 On the 7day-weekly chart, Dogecoin started with the strong support level of $0.0015. The overall bearish nature of the crypto market forced the price to drop to the level of $0.0017.

With the majority of the coin facing major downtrend today in which BTC broke below the crucial level of $6k and ethereum barely surviving on the support level of $120, Dogecoin also faced negative momentum. 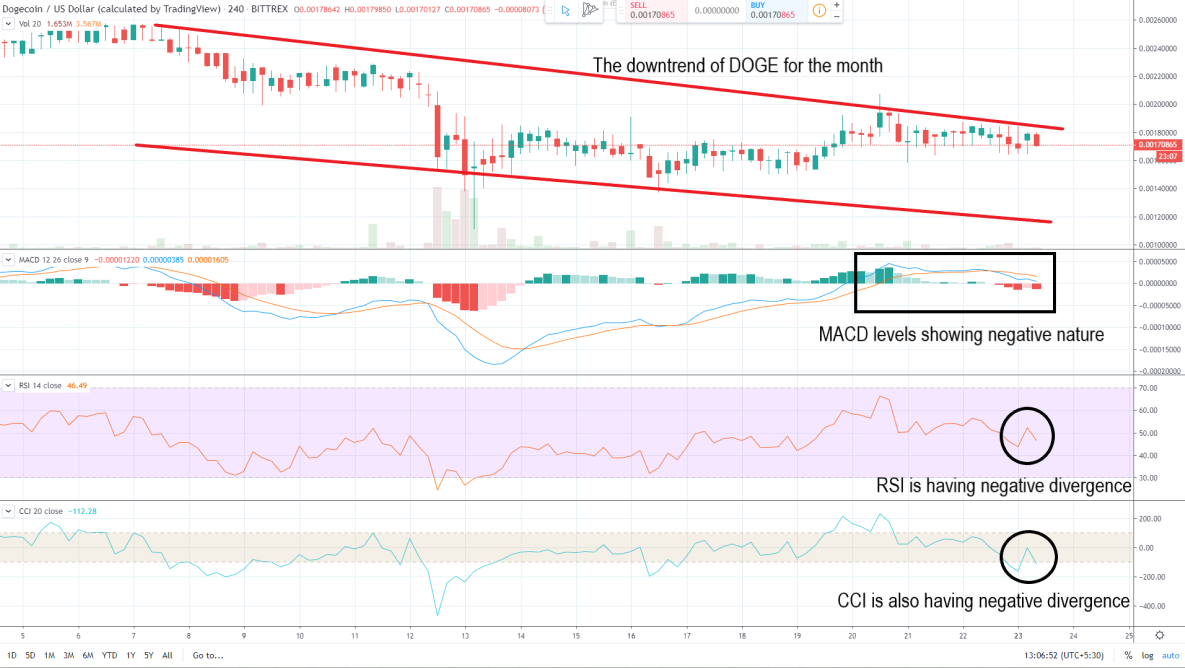 The dogecoin price chart reflects on the bearish momentum faced by Shiba Inu from the starting of March. The significance of the downtrend for the altcoin can be easily noticed in the graph.

DOGE is facing price consolidation between the price range of $0.0015 and $0.0020. The current downtrend is also unable to break the price bracket as the cryptoasset got the major support level of $0.0016 and $0.0015.

The technical indicators and oscillators somewhat favor the bulls. The MACD levels are again showing bearish nature after dropping to the bullish zone and spending some time in the region. This is certainly not a good indication for dogecoin holders

The 24hour- RSI is also showing downtrend nature and is about to reach a bearish level of 40. This also favors the bears.