An upward movement from the major support level indicates that basic attention token still has the potential to build a sustainable bullish momentum in upcoming days. The altcoin started the year with the price level of $0.18 and went to year-high of $0.30 before facing major downtrend in the cryptomarket.

Over the past few days, BAT was planning to break the crucial resistance level of $0.20 and was successful. A break below the price level of $0.15 will indicate that the altcoin has might just open up vulnerability to reach the critical support area of $0.10. However, the overall downfall in the market doesn’t look much significant and can avoid any further significant downfall looking at the price recovery the market was making for the past two days. 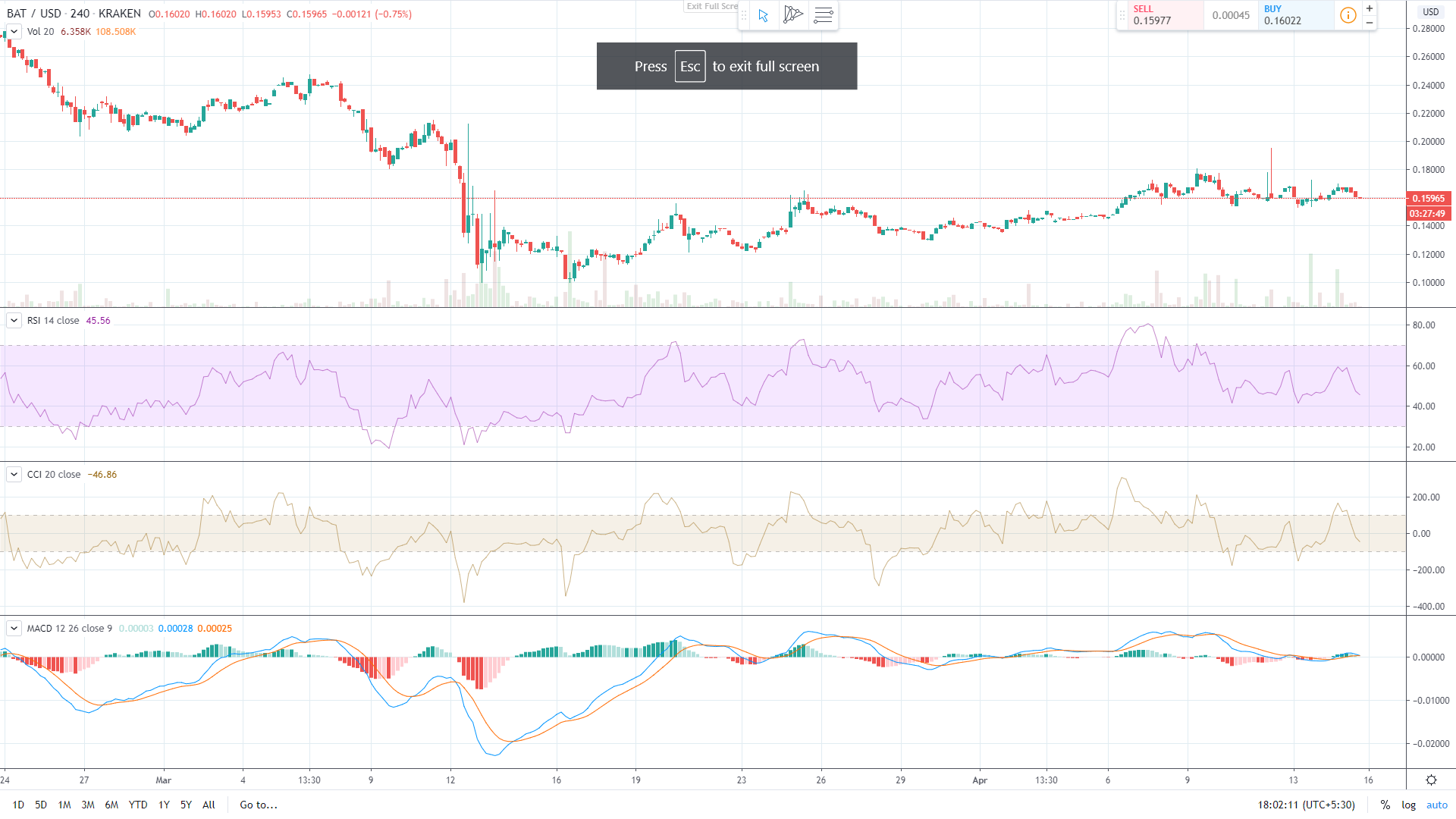 Source: TradingviewThe technical chart represents the bearish momentum faced by the altcoin from the previous month which is followed by the price recovery. However, BAT has started to signs positive momentum which can be seen at the tip of the downtrend line.

The technical indicators and oscillators also favor bullish momentum. MACD levels have finally reached a bullish zone after remaining in the bearish zone. However, RSI dropped to the level of 40 but strongly favors BAT bulls. CCI also had negative divergence from the overbought region which indicates that the altcoin can have a sustainable and long-term bullish momentum in the cryptomarket