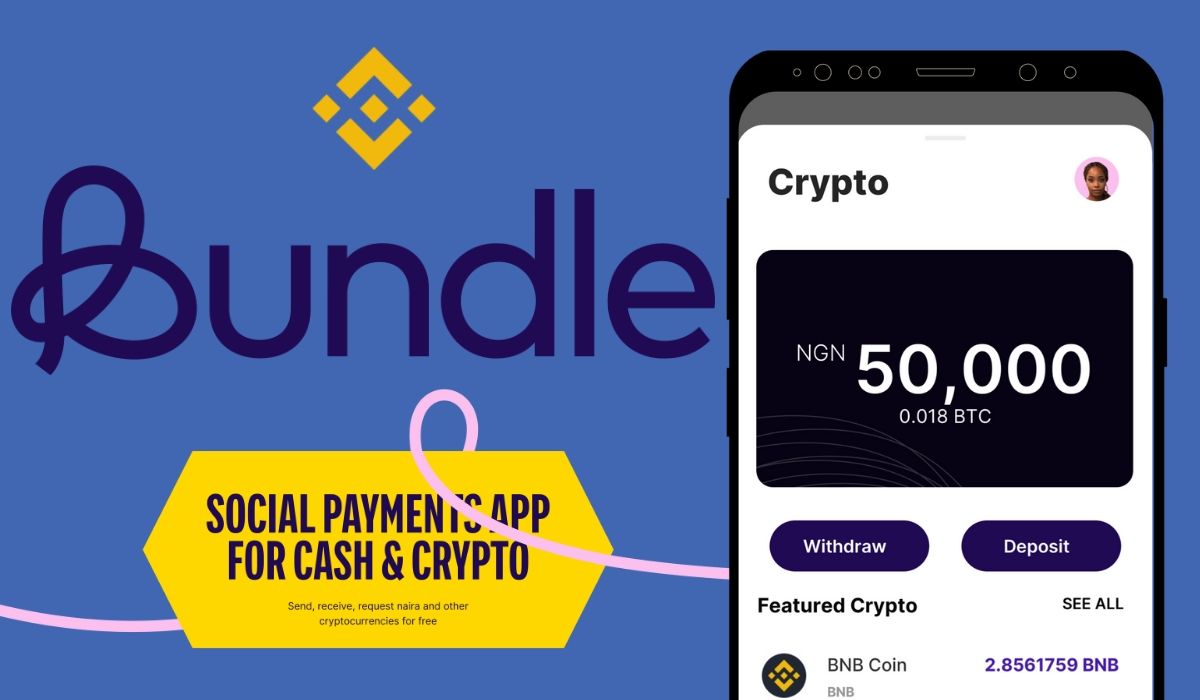 A crypto payments app backed by Binance has been launched for African users. This new crypto & fiat mobile app presented by Binance is called Bundle. It is founded by a former director at Binance Labs, Yele Bademosi.

Bundle app will serve as a social payment app for fiat money and cryptocurrencies. Bademosi stated that they have built Bundle keeping in mind the digitally native African users. Adding that these are connected socially and online across geographical boundaries. The app also received funding of $450,000 from Binance in 2019. Although it is a part of the Binance’s ecosystem, it will act as an independent entity.

Binance stated in a press release that its social payments app is for the allowance of users to send, receive, and request either fiat or crypto. It also provisions a fee-free means to users for storage and transaction via a new digital wallet. Besides, the transactions can be performed through various payment methods including cards, bank transfer, and Mobile Money as well.

Binance also noted that the app will support fiat deposits and withdrawals using Nigeria as the launching platform. It will extend the app’s operation to around 30 other African countries by the end of this year. The app looks forward to supporting many more fiat currencies as well in the nearing weeks.

It is worth noting that Nigeria, the most populated country in Africa, also became the eighth country in Africa for installing Bitcoin ATMs on their territory. Binance has been existing in neighbouring Uganda, and also entered Kenya when it launched its fiat onramp for the naira. The exchange has also stepped itself into  Africa’s second-largest economy, South Africa.