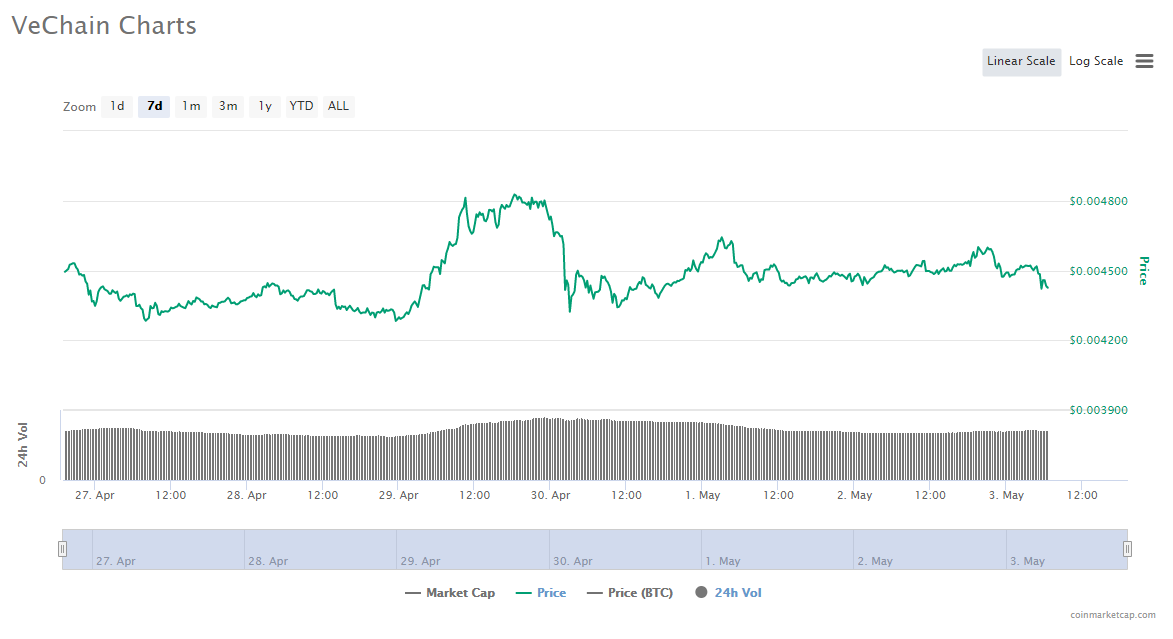 The VeChain price graph has started to show signs of negative momentum by breaking below the crucial level of $0.0045. On a 7day-weekly chart, Vechain started from the price level of $0.0040 and faced heavy resistance at $0.0045 which forced it back again to $0.0045.

The technical graph reflects on the bearish momentum faced by VET price during the past month and reaching its critical support area of $0.0025. After the support level came into play, the VET was facing the major positive movement in the market. It went cross the level of $0.0045 yesterday.

The technical indicators and oscillators are indicating mixed predictions of buying and selling in upcoming days. RSI is in the normal region but showing positive nature to the level of 50. CCI is also exhibiting the same patterns in the graph as it is in the normal region and aiming to the overbought zone. However, MACD levels indicate that there is an upcoming bearish momentum for the vechain but there is an assumable bearish cross waiting.