Eric Savics, the entrepreneur as well as the host of the podcast named ‘Protocol Podcast’ became an overnight twitter sensation when he put up a heartfelt video on his loss of Bitcoin over a malicious scam. For the past seven years, he mined bitcoin worth 113,000 US Dollars i.e, 12 BTC. With his BTC, he was planning on buying an apartment. He was devastated by his loss. However, more mysteriously, his Twitter account doesn’t exist anymore. 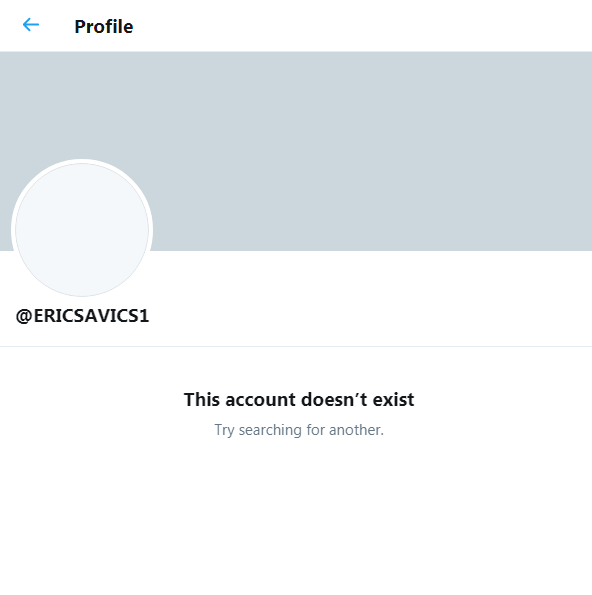 According to Savics, he had installed a fake Google Chrome plugin for his KeepKey wallet app. He thought he was downloading the corresponding wallet, however, when he understood the scam it was too late for him. He had already lost all his 12 BTC. In one of his threads, he also added a link to his BTC address, begging the people who scammed to return his BTC. Later, Savics admitted that when it comes to technology, he’s not that much of an expert and that he should not have fallen for the scam.

Phishing attacks through fake applications are now becoming more of a common thing. Google had to remove around 49 fake web extensions of Google Chrome that were pretending to be the portfolios of cryptocurrency. Last week, the crypto exchange Shapeshift which operates the KeepKey wallet had warned people about these dangerous plugins.

However, people of the crypto community reacted in a very generous way to help Savics get over his loss. Two CEOs offered to lend him a hand. Binance’s CEO, Changpeng Zhao, offered to provide him a blacklist of the address to which the crypto was sent following which, Fanny Scott, the CEO of CoinCorner, a cryptocurrency exchange offered similar assistance. He assured Savics that the exchange was going through the block address at which the transaction took place. The community also donated an entire Bitcoin worth $9,500. Apart from this, various donations came from several accounts to his address. However, not many people were sympathetic and supportive of Savics. Some claimed that his story was fake and that he could be a potential scammer.

But shortly after this, Savics’ Twitter account ceased to exist. Savics had said that he would be returning all the BTC that were donated to him and asked the donors to DM him their address. Some people also confirmed that he had returned their BTC. The link to his address was also removed and it is still unclear why his Twitter account doesn’t exist anymore. It is totally probable that he might be taking a break. Considering this big loss people often want space and getting over is not that easy. However, his disappearance is still a mystery.