Is Dash Signalling a Bearish Move With Current Downtrend?

The weekly chart of dash shows the downfall of the price levels which started from $70 to the low point of $64.28. This gradual downfall certainly has put doubts over its sustainability and is giving a little bearish signal ahead in the market. The origin of the downfall was the attempt to reclaim the crucial mark of $100.00 in August in which it failed miserably and allowed the bears to take control since then. The price range between $70.00 to $60.00 is somehow providing sustainability to the digital asset from the past month, however, the current downfall is harming the price range capacity. 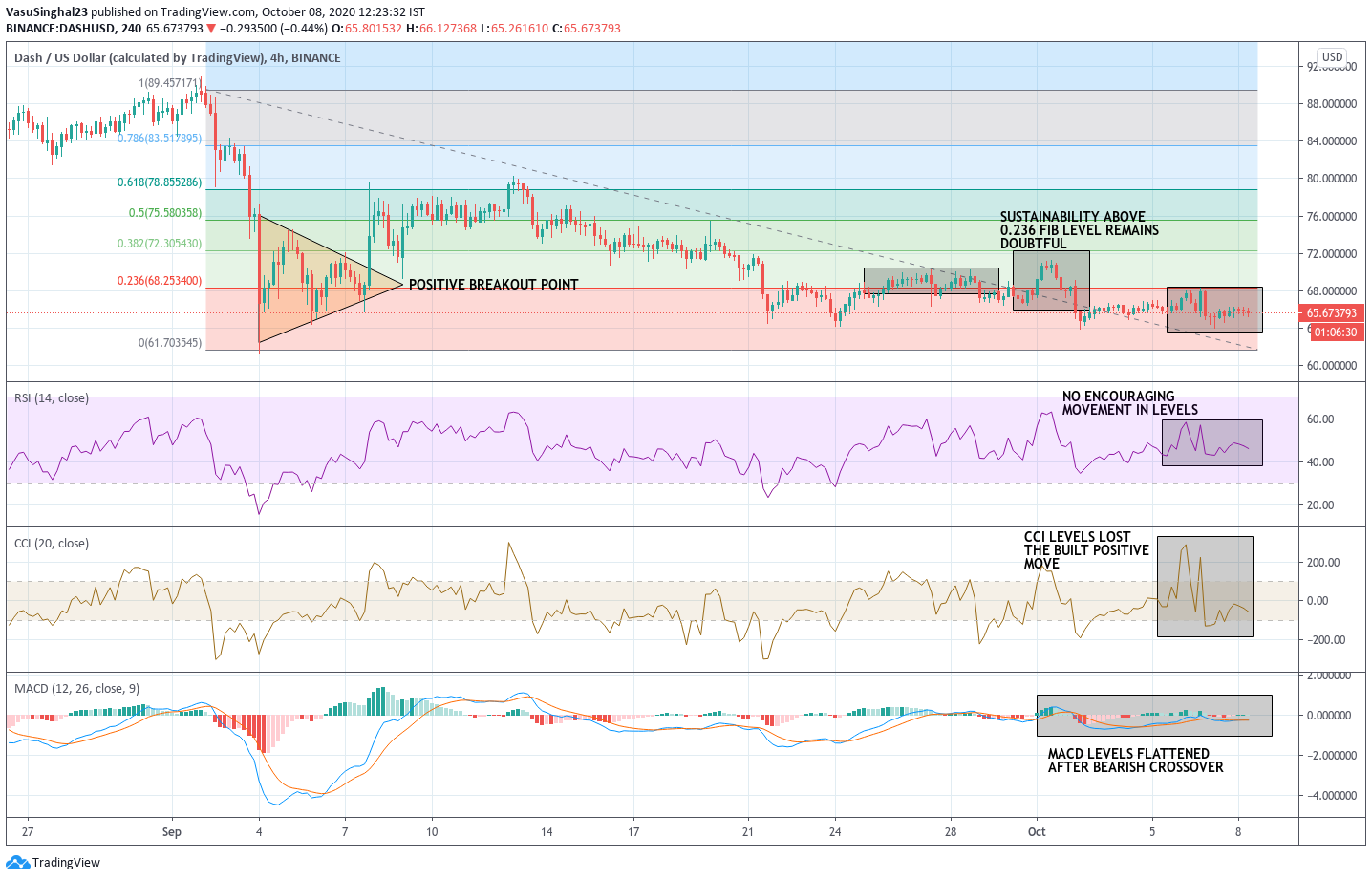 The technical chart highlights the significant downtrend faced by a dash after making an attempt to reclaim the crucial mark of $100.00 in the market which is followed by a positive breakout at the price level of $67.00 in between the downtrend. However, the cryptoasset was unable to sustain the positive momentum built by the breakout. The price levels attempted to break the resistance placed at 0.236fib level but faced strong reversals from the point and also the price sustainability area above the level looks in doubt when compared to previous occasions.

RSI levels are showing downtrending nature and currently at 41.48 which indicates that it is hard to expect any gigantic positive move as of now.

CCI levels are showcasing volatile nature in which the overbought region was touched twice followed by the oversold region. Currently, the levels are in a negative nature.

MACD levels have flattened after a bearish crossover which is not a positive sign for the altcoin.

Where Dash Can be Headed?

The altcoin is currently trading in its sustainable area therefore a strong overall bearish momentum can only break below the mark of $60.00. On the upper levels, the resistance is placed at $70.00. Therefore we can expect the coin to be in a consolidation phase for a while until there’s a huge activity in the overall market on the sideways.

Ethereum Classic Price Analysis: ETC Made A Life-Time High Of $49.67

BCH Price Analysis: Is Bitcoin Cash Ready For a Retracement After creating High of $1210?