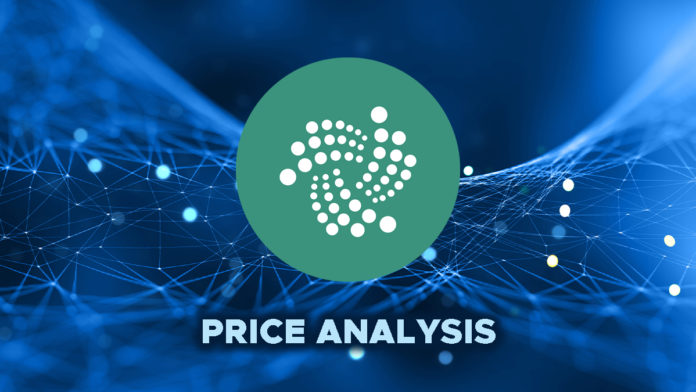 Over the weekly chart, Iota (MIOTA) gives a positive breakout from the symmetrical triangle pattern heading towards the target of $0.4600 and currently trading at the price level of $0.4082 and facing the resistance at $0.4200.

On the weekly chart, we can see IOTA is still trading within a downtrend channel and after breaking the symmetrical we can see the resistance at the level of $0.4200. The support on the lower levels is placed at $0.20 and lower support trendline $0.10 cents less likely scenario.

On looking at the EMA of 20, it gave a positive crossover against EMA 50 indicating the sign of bullish nature for it and the investors can see the upside to the target price of $0.4500 and $0.4800 in the coming trading sessions.

The Relative Strength Index (RSI) is currently trading at a price level of 65.20 and still heading towards the overbought zone after testing the higher levels while facing gets correction and again moving towards the bullish zone.

The Moving Average Convergence & Divergence (MACD) after the negative crossover again gives the positive crossover after suppressing the Bear’s line (red) by the Bull’s line (blue). Currently supporting the bullish momentum with no sign of weakness.

The Commodity Channel Index (CCI) is trading at the level of +266.40, however, slips from the higher levels and currently heading towards the normal zone. Indicating the unsustainability at the higher levels.