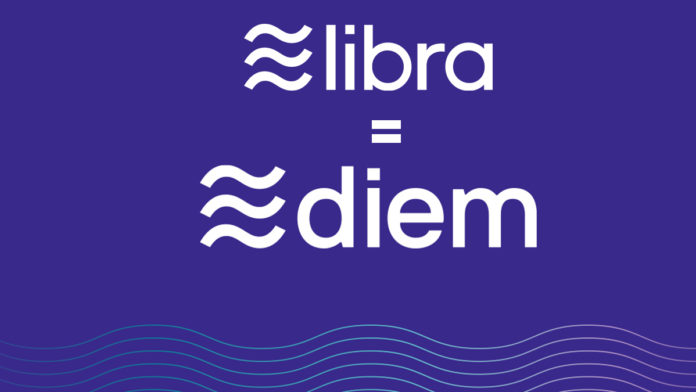 Diem has recently announced that the cryptocurrency of Libra Association has adopted a new name and hired new executives to shield its organizational independence. “Diem” symbolizing ‘a new day’ is the new name of Libra. However, the name has changed, but the objective of the association is yet the same, as it desires to create a safe and secure payment system for businesses globally.

What facilities does the Diem project will offer?

The Diem Association is totally focused on ensuring its project’s principles of innovation, inclusion, and integrity should meet regulatory expectations. According to Stuart Levey, the Chief Executive Officer of the Diem Association, their project will provide a simple fintech application that will enable businesses to operate cheap and secure transactions. Levey also mentioned that the team is committed to doing so in a way that promotes financial involvement by reaching the needy and protecting the integrity of the system by detecting illicit conduct. However, According to Levey, the new name indicates the growing maturity and independence of the project.

Facebook has transferred the full control of the project to a group of 21 world-class professionals to help and guide the Diem Networks. The 21 members include Christy Clark as Chief of Staff, Kiran Raj as Executive Vice President for Growth and Innovation and Deputy General Counsel, Dahlia Malkhi as the Association’s Chief Technology Officer, Steve Bunnell as Chief Legal Officer, James Emmett as Managing Director, Ian Jenkins as Chief Financial and Risk Officer, Sterling Daines, as Chief Compliance Officer, and Saumya Bhavsar as General Counsel.

Levey also stated that having them besides the executives of Diem Networks is a critical step for the association to operate with exact freedom.

Diem is designing every possible feature that could satisfy regulators. According to Levey, all the features of their stablecoin is designed in such a way that every regulator will welcome them. Diem Networks also hopes that such features can help central banks in the future with their digital currencies. Indeed, Mark Zuckerberg, the chief executive officer of Facebook, clarified to the US senators that he could support the delay in launching its cryptocurrency unless every regulator in the country approves it.

European Union to Declare a Regulatory Framework for Cryptocurrency