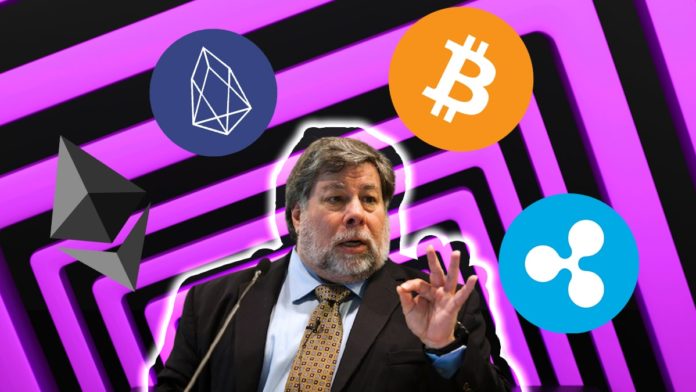 Steve Wozniak, the tech expert who helped found the highest valuation company in the world, Apple, has entered the cryptosphere. Efforce, Wozniak’s blockchain enterprise based in Malta, is now launching its native crypto token, WOZX. The newly launched cryptocurrency WOZX intends to bring a profound change in the market for energy efficiency.

It is observed that last week Wozniak’s native currency WOZX was listed live on crypto exchanges. On the 3rd of December this year, WOZX was first listed on the platform of HBTC crypto exchange, and the following week got listed on the platform of Bithumb Global. It was observed that as the newly launched token got listed in the HBTC exchange, within a minute, it surged to a market capitalization of $950 million, which increased the price of the WOZX by ten times. WOZX was listed at the price of $0.10, whereas at press time, it is trading at $1.53 per token, which is an increment of around 1430% in less than a week.

After 45 years, Steve Wozniak is back in action

Around 45 years back, Steve Wozniak helped to found Apple Inc., which designed several state-of-the-art gadgets. Currently, Wozniak intends to establish a leading decentralized and borderless platform that can enable its users to take part in the finance sustainable technological solution using blockchain technology. However, Wozniak is coming as the firm’s sixth co-founder.

What does the Efforce aim by launching its WOZX token?

The first blockchain-based platform allowing its users to access the tokenized energy savings aims to provide investors an alternate investment mode through smart contracts. Now, the newly launched token will support the blockchain-based energy-saving platform and act as its base token. However, a year back, Wozniak has stated that the blockchain technology utilized by the firm can minimize the usage without changing the energy requirements. Indeed, the firm writes the energy savings of firms in real-time on the blockchain with a smart contract, which distributes the savings to the holders of WOZX.