EOS Slips Below 10-DMA After facing Negative Reversals From Resistance Level of $3.00 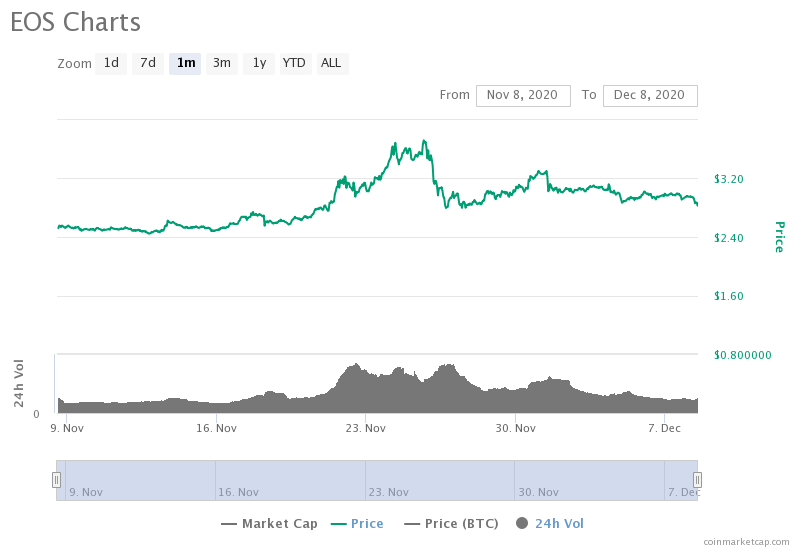 The CMP is placed at $2.88 with an overall loss of -2.66% for the day with the market capitalization of $2,674,656,486 and the 24-hour volume traded of $2,132,403,434. The significant negative performance of the EOS/BTC pair might indicate that the crypto asset might face further price damage in the upcoming trading sessions. 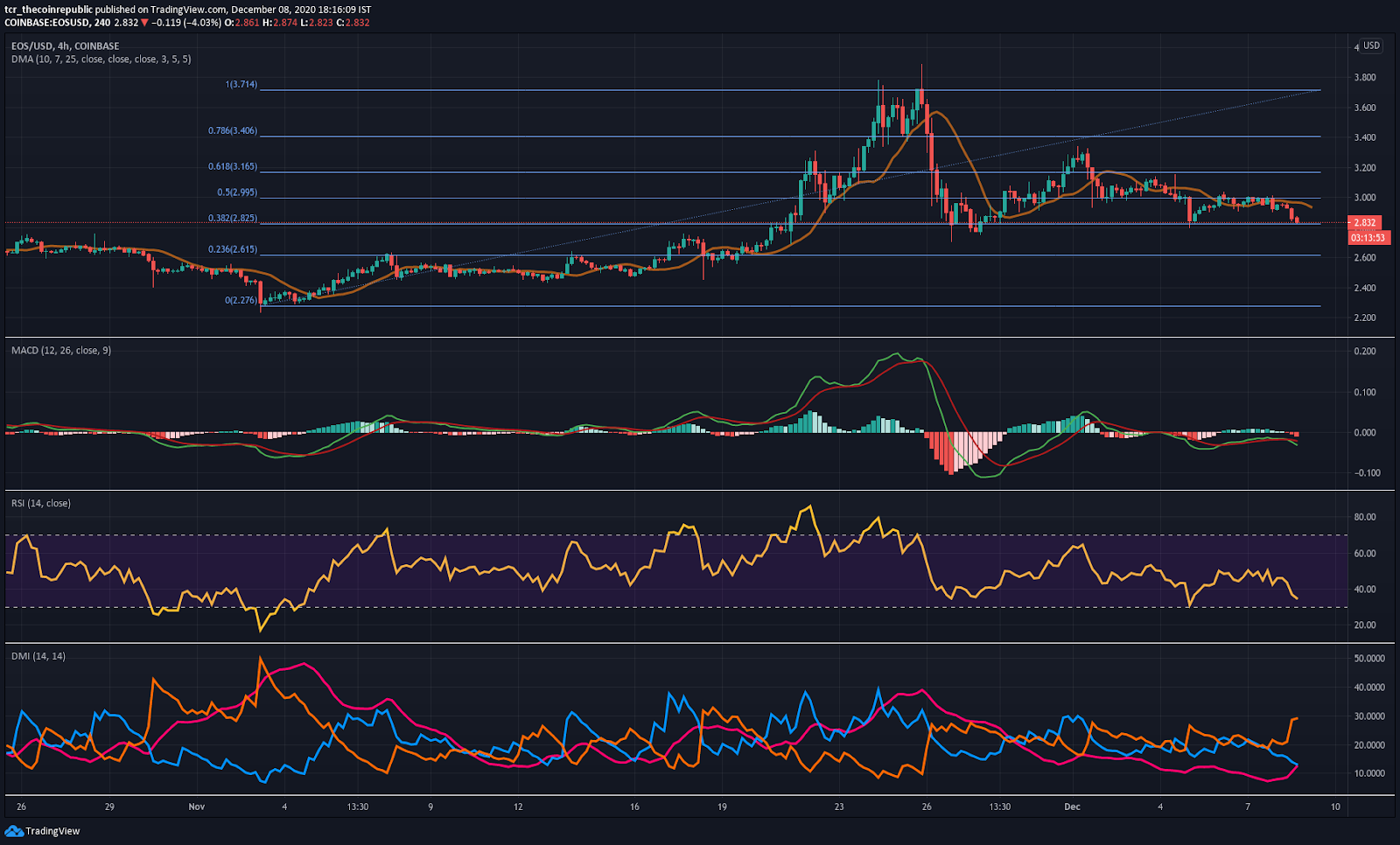 The technical chart highlights the strong positive momentum built by the price levels of EOS in the previous month with the overall market conditions and fundamentals. However, as the bullish rally reached its peak point, the price levels witnessed a sharp negative divergence resulting in the negative breakout below the significant resistance level of $3.00 again. The current downtrend has provided a negative crossover to the price levels against 10-DMA, a bearish signal.

The relative strength index (RSI) is also showcasing negative nature and looking vulnerable for a negative dip towards the oversold region with the current level of 38.70