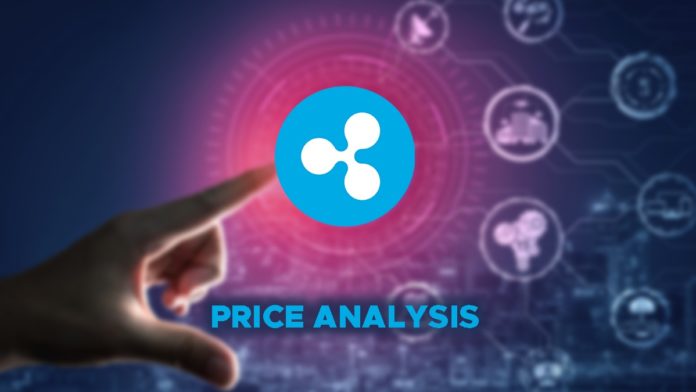 The Relative Strength Index (RSI), which indicates the strength of XRP is trading at 30.90 and still trading flat near the oversold zone after a negative divergence from higher levels.

Directional Movement Index (DMI) is trading with the significance of -DI over +DI indicating bearish momentum; however, a -DI line and +DI line is still trading parallel to each other indicating signicince of bearish trend.

Moving Average Convergence Divergence (MACD) indicates the bearish trend on the intraday chart. It gives a negative crossover with the significance of Bear’s line (red) over Bull’s line (blue), however, a positive crossover can be expected intraday as a bull line is heading towards the red line.