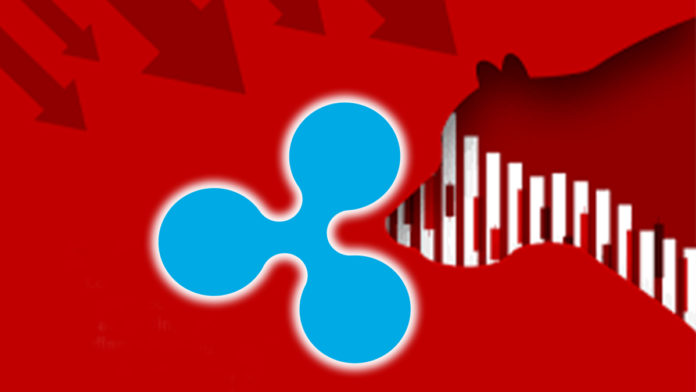 On Tuesday, the native token of the fintech firm Ripple has continued its bearish momentum. At around 22:03 EST yesterday XRP was trading at $0.45. Indeed, the token was observed that it’s price fell down by 4.45% in just 6 hours. However, this week XRP remained in the bearish momentum, which also considered the token a title of the worst-performing major virtual asset.

Over the period of the last six hours yesterday, it was observed that the token of the fintech firm’s higher value was $0.47, whereas its lower value was $0.44. Indeed, yesterday over the last 12 hours, XRP’s higher value was at $0.48. If we observe the daily high and lows of XRP token, the value is up by 3.25% from its lower level at $0.44, and by 9.14% down from its higher value of $0.50. However, according to XRP’s yearly performance, it is known that the token has performed very poorly this year and remained similar to last year’s performance.

Will the bearish momentum sustain for a longer-term?

It is observed that in the downside in the value of the Ripple (XRP), the support level was at $0.44. Indeed, the symmetrical triangle has eyes on $0.32. However, the levels of the price tending to offer a significant positive bounce back to the crypto asset considering past events. If the level of support gets broken below by the price levels, then other negative trends could be expected.

What about other major digital currencies?

Recently, several enthusiasts have witnessed Bitcoin hitting new record highs. According to the market value related value (MVRV), which is an online tool by Santiment, it is observed that Bitcoin (BTC) and Ethereum (ETH) are getting undervalued. Both major currencies have started to erase the profits of the investors. However, suppose it will be used in conjunction with the danger zone divergence model. In that case, the chart is suggesting that both Ethereum and Bitcoin have left the red zone and are only indicating slightly bearish momentum.

However, the digital currencies other than Bitcoins are displaying an improving bullish divergence, as the average trader return success is positive.