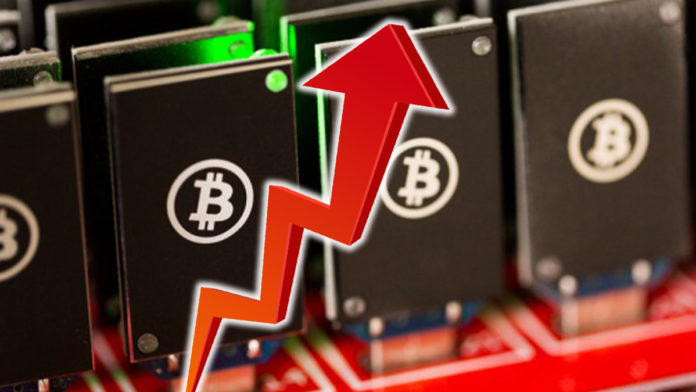 Several firms are purchasing mining equipment in bulk due to which the hash rate capacity of Bitcoin has increased to 3.8 (EH/s). Riot Blockchain, a Firm listed on Nasdaq, has recently announced the purchase of 15,000 latest equipment from the leading Chinese crypto mining equipment manufacturer, Bitmain. With the bulk purchase, it is expected that now the mining hash rate will surge by 65%.

Riot Blockchain has purchased 3000 units of S19 Pro and 12,000 units of S19j Pro. It is known that the total purchase was worth $35 million. However, it is not the only crypto mining firm making bulk purchases, like last week, Core Scientific, North America’s largest mining firm also announced a bulk purchase. The North American firm bought 58,000 S19 series of mining machines, and in this year the firm has purchased 76,024 next-generations machines. In August, Marathon Patent Group Inc., a major mining firm in the United States, also created a purchase agreement with Bitmain to buy 10,500 S19 Pro mining equipment units.

Thousands of new devices have been pre-ordered

The mining firms are found signing purchase agreements with mining equipment manufacturers. Marathon Patent Group Inc. has also signed a contract for thousands of new devices to be delivered every month till June next year. It is also found that all the BTC mining equipment has already been sold out from major manufacturers. The sale happened as the mining firms had already pre-ordered such equipment in bulk from April to May next year. It seems that the surge is due to the soaring price of Bitcoin and the availability of parts from the ASIC chip manufacturer. According to Jeff McBonegal, the CEO of Riot Blockchain, for a successful mining operation, the expansion of hash rate capacity and efficient mining is essential.

The price of mining firms are soaring

It is found that Core Scientific is unlisted, but Riot Blockchain and Marathon Patent Group have seen a surge in their stock prices since last month. Both Riot and Marathon are listed on Nasdaq’s platform. It is observed that Riot’s stock price has surged by 9.4 times, whereas the stock price of Marathon has surged by 10.9 times as of Monday. On the other hand, mining firms are also attracting investment businesses, as several major investment firms have started to invest in mining firms.

Whatsminer all set to launch Public Offering in the United States