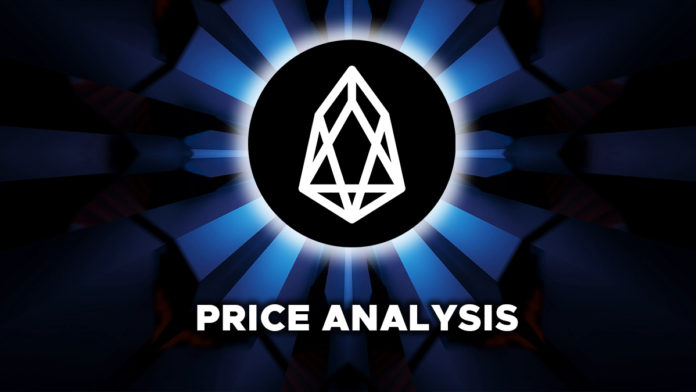 On Thursday, EOS, the token created by the Block.one, was observed trading at the level of $2.16 by 04:04 UTC+05:30. The token fell by more than 10% on the day, which is observed to be the highest intraday percentage fall since Wednesday. According to data from CoinMarketCap, it is observed that with the declining price the market capitalization of the token also declined by $2.34 billion, which is around 0.37% of the market cap of the cryptos.

Will the token sustain its bearish momentum for a longer-term?

Observing the overall market condition and the current technical levels of the EOS token, it seems like there is a positive divergence for the token in the short-term. The token’s price level had the support level in the downside at $2.50, which the token had crossed. Indeed, we can conclude that there are no positive signs for the token to stop its bearish momentum. However, if the price takes a quick bounce to the price level of $3, it might help avoid more price damage.

How are other major cryptocurrencies performing?

It was observed that on Thursday, the leading crypto token was the last trading near the level of $23,192, which was an intraday price fall of around 2.74%. On the other hand, Ethereum, being the second most famous cryptocurrency, was the last trading at the level of $580.73, which also was an intraday price drop of approximately 3.79%. However, on the day, the total market capitalization of Bitcoin was more than 68% of the total cryptocurrency market cap. In contrast, market capitalization of ETH was around 10.60% of the total digital market cap.