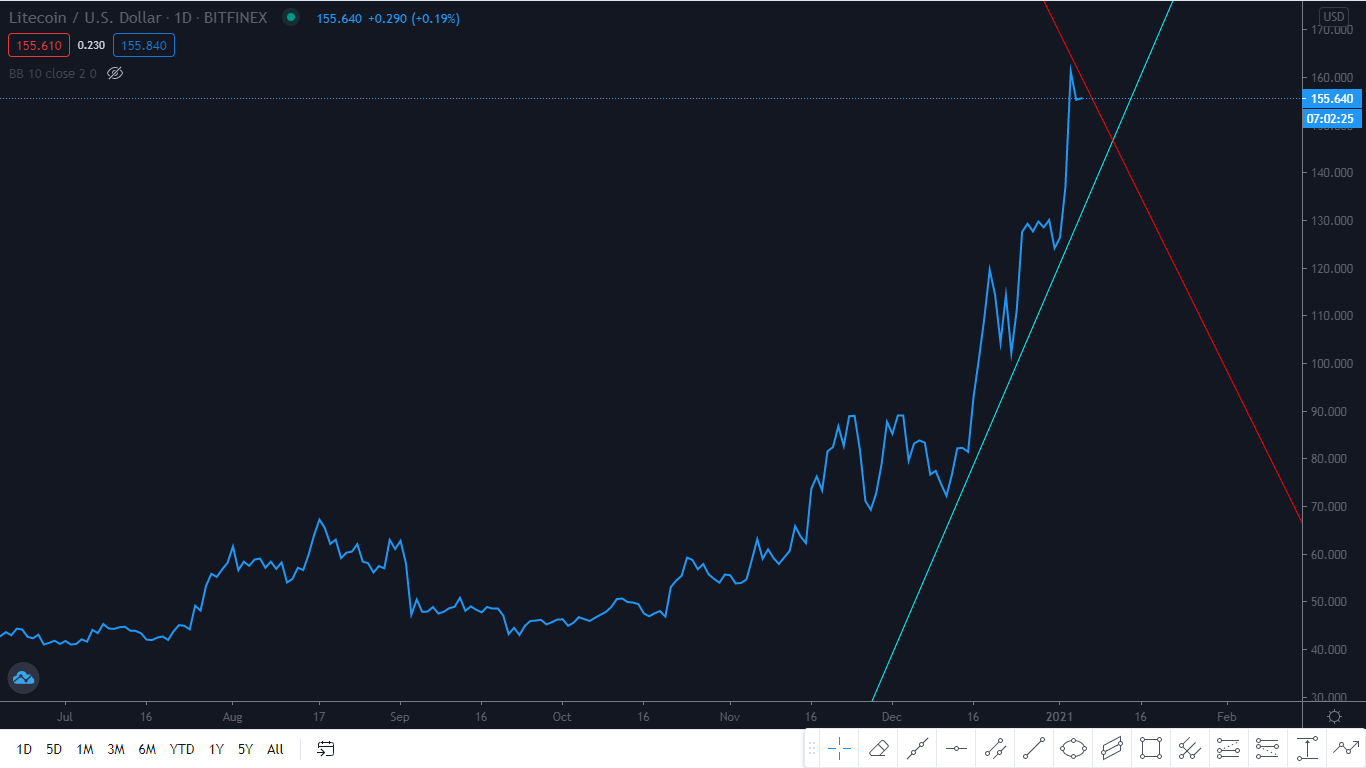 CAN THIS FLAG PATTERN BE AS SUCCESSFUL AS PREVIOUS ONES? 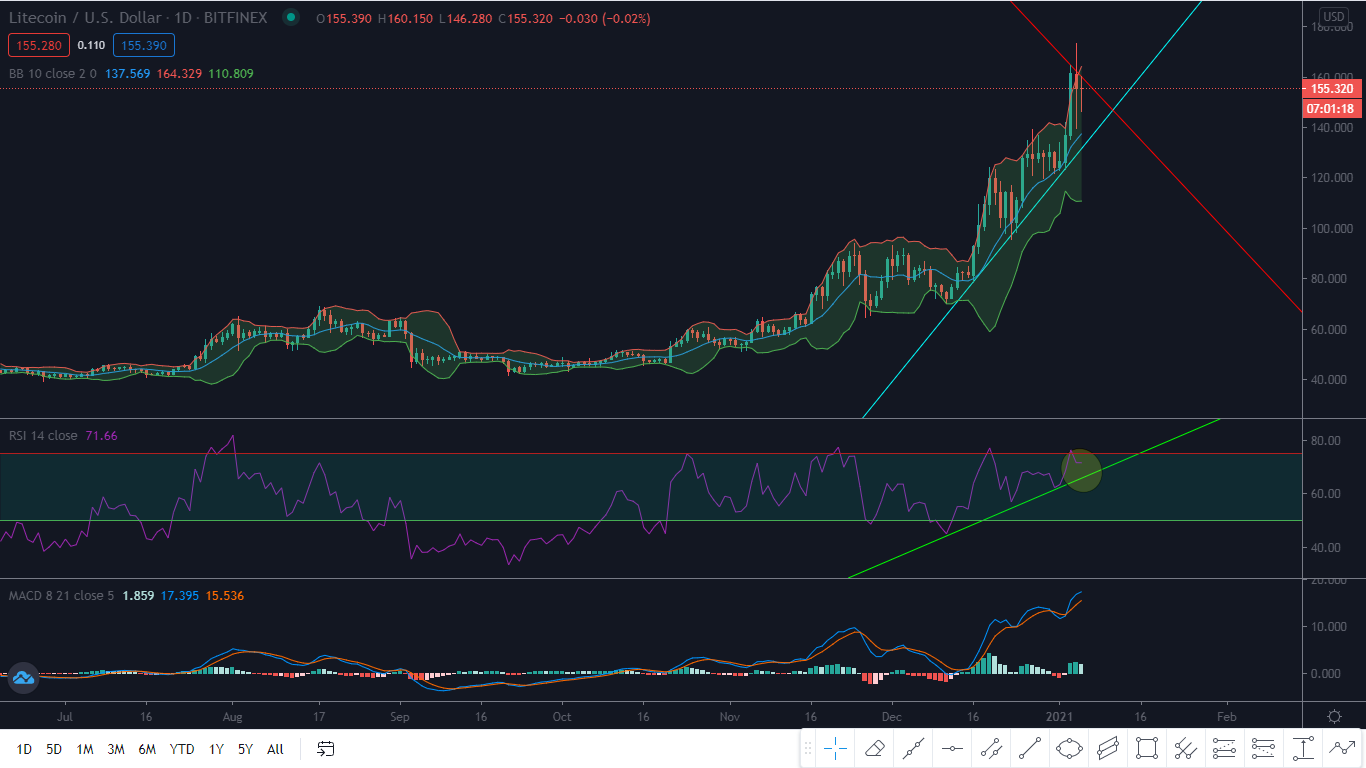 As visible above the coin is in a bullish momentum and has taken a breadth on 4th January 2020 which continued to 5Th January and might make a flag pole pattern or triangular pattern in the upcoming days. It is visible that the following indicator also suggests the same.

The Bollinger band  (set at 10SMA)  shows that the coin took resistance from the upper band which forced the coin to return to the median for seeking support. Along with the median Litecoin can also take support on the support line which was tested thrice in the last month.

Ths MACD indicator shows a divergence between fast and slow lines which indicates a potential reversal or sideways movement in the coin. However the signal line has bounced back twice from the slow line in the last month and is expected to repeat the same.