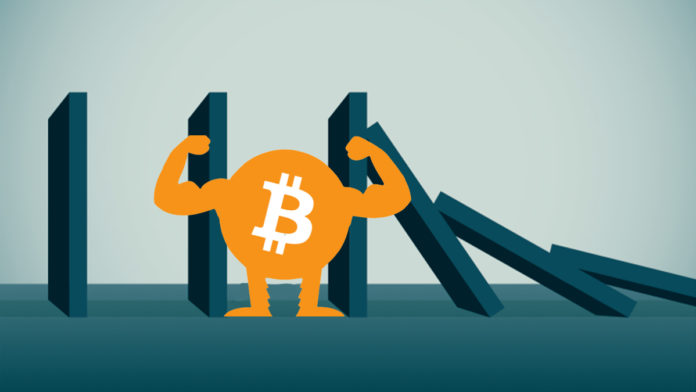 The investors of Bitcoin need to watch out the short term prospects and speculative activities. As most of the price actions in the shorter timeframe are driven by market sentiments, which brings a very high risk to estimate correctly. However, due to the risks, investors should remain judicious in the token’s allocation and prevent their funds from principal loss. Indeed, with a careful allocation to manage the risks, it can be proved that Bitcoin, in the long run, will be a strong pick.

Adoption of BTC has been soaring globally

In the recent bullish cycle of the most famous cryptocurrency in the world, it observed that among the reasons there is one primary reason entitled adoption. Following the price rally of Bitcoin, we have witnessed how the payment giant PayPal has also contributed to the uptrend rally of Bitcoin. On the other hand, the financial regulators are also favouring the adoption of the token. After the Office of the Comptroller of Currency, this came after the financial banks and other federal savings associations to use blockchain networks and cryptos for payments.

Bitcoin cannot be a proper store of value at all times

In the world, there are several who consider Bitcoin as digital gold. According to such individuals, the ability of Bitcoin as a store of value is somewhat similar to the traditional gold. However, one claim takes the title of the token as digital gold, that is its volatile nature. Due to such reasons, Bitcoin is not gold in terms of offering a store of value. Although the token’s advocate will consider that the most famous cryptocurrency is a store of value, a volatile asset defeats the original purpose of the holding to protect from principal loss. However, in terms of volatility, many are having stablecoins as an alternative.

The potentiality of Bitcoin would reveal in the long run

We are currently watching the bullish rally of Bitcoin and witnessing how, alongside the retail investors, several millionaire investors and institutions are finding new uses for the leading crypto token. Bitcoiners will also find solace knowing that even long-term investors and financial institutions have started to acknowledge the cryptocurrency. Observing such cases creates a bullish outlook for the token, as it brings expectations of forwarding demand, which might continue in the future. However, such demands can also validate the supply scarcity of the token designed by Satoshi Nakamoto. It’s all because the token can be expected to retain its value in the longer time frame.