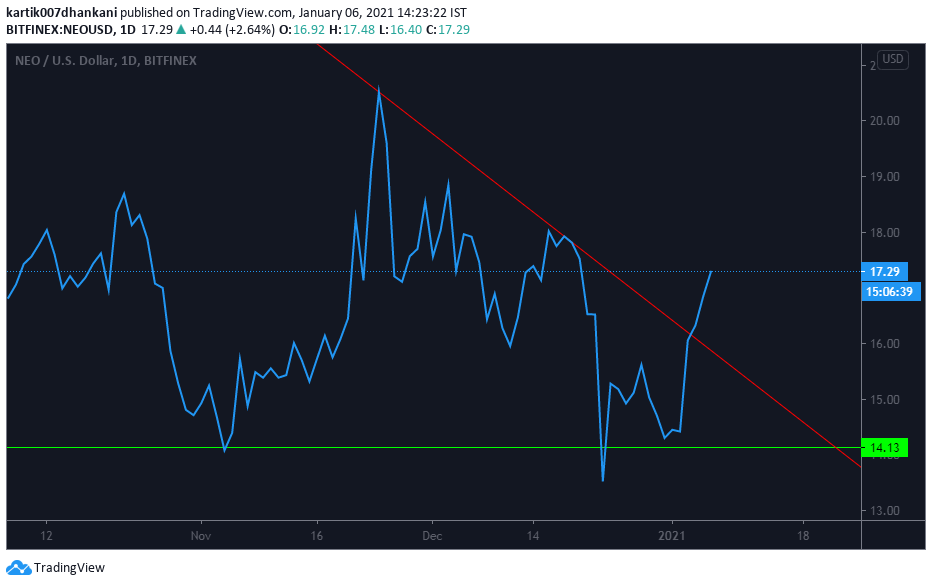 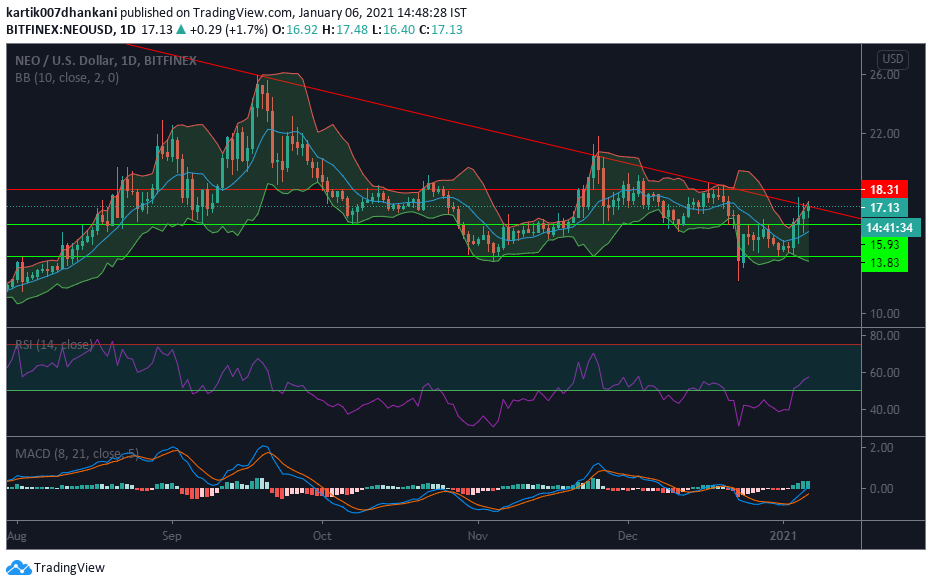 Bollinger Bands(10 SMA) indicates the success of the breakout as the volatility increased simultaneously. Due to the breakout, the coin is now trading above 10 SMA which depicts the onset of a bull run.

RSI(14) came from the oversold territory to the neutral territory while the coin was in consolidation and then entered into the bullish zone(above 50) at the time of breakout. The signal line is facing resistance at 55-60 levels; a further upwards movement can be a confirmation of the triangle breakout. The next resistance is expected at 63-65 zone.

The MACD(8, 21, 5) confirmed the breakout by giving a bearish crossover and preparing to leave the negative territory. MACD lines are currently at -0.09 and 0-0.1 and might face resistance at 0 levels and 0.5 levels. If the MACD line enters the positive territory at the time of breakout, it can result in another bull run.

NEO/USD has already given a breakout from a smaller triangle but faces resistance from a long term resistance line. If the coin sustains this level, it might give another triangle breakout and move ahead from the current $17.09 towards the levels of $18.30-$19.00 and then $20.50-$21.50 levels. A decline from the current level may make the coin test its immediate support at $16.35 and $15.00.