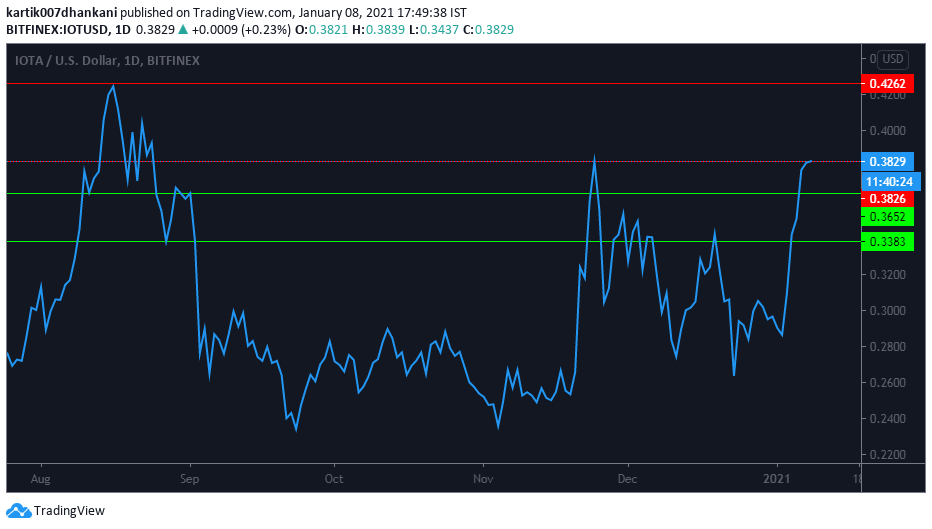 IOTA/USD (MIOTA) has rallied 36%-37%after, making a triangle pattern on January 3, 2020. The coin surpassed two of its strong resistance zones which are $33.83 and $36.52 levels. Now the coin is testing its third resistance at $38.30, which is also the high of its previous bull run. If the coin breaks out from this level, it may head towards its all-time high resistance $42.97.

CAN IOTA/USD (MIOTA) MAKE A NEW ALL-TIME HIGH THIS TIME? 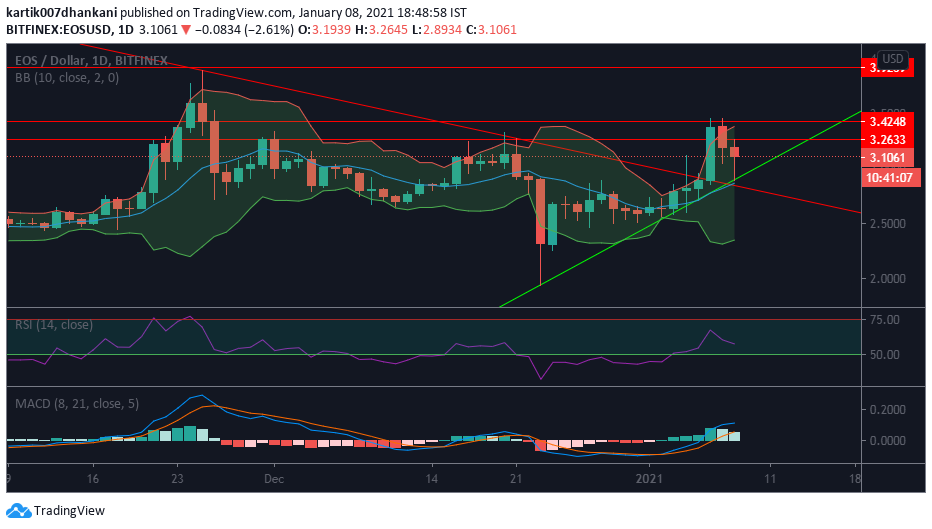 IOTA/USD commenced its launch on January 3, 2020. The coin made a green engulfing candle which engulfed 5 Doji candles and confirmed triangle breakout.

Bollinger Band(10) widened up signalling increased volatility in the coin. The coin rode the upper band for all the days except today when it faced rejection from the last high of the previous bull run.

The Relative Strength Index entered the bullish territory (above 50 levels) at the time of breakout and rallied all the way to 68-69 levels. If the indicator sustains this level, it will test the previous high of 78.

The MACD (8,21,5) also gave a bearish crossover at the time of breakout and showed divergence, which brought weakness in the trend possible. The indicator is yet to test its last high of 0.0334

The coin is currently trading in a no trading zone possibly as it made a dragonfly candle today which might initiate a reversal or consolidation in the trend. If the coin further rallies, it will test its all-time high.

Reserve Rights (RSR) Looking For A Positive Breakout Above $0.050