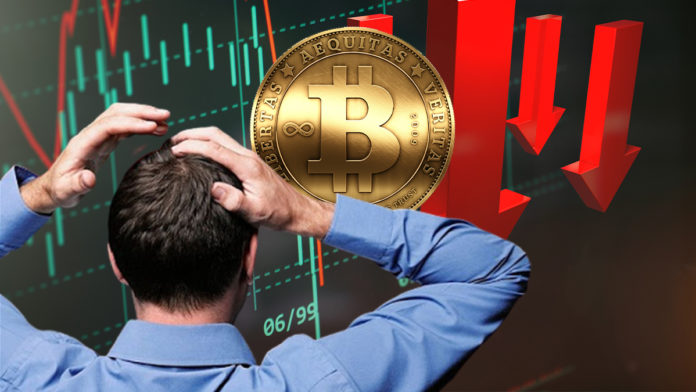 Bitcoin recently took a nosedive under $34,000 leaving the trade analysts in utter confusion with their predictions.

Lark Davis, the popular crypto trader and analyst has proclaimed that the whale games are in action since the shocking downside trendline of Bitcoin.

Lark held a new synopsis of the market and concluded that huge Bitcoin holders are capitalising on the enormous shift to the downside and are constantly hoping for retail investors to sell their BTC.

Lark argued that the members of the market are extremely rich and powerful and have found their ways of manipulation. He has appreciated such players by calling them good at their game and how they participate in the reactive game with a stake of billions of dollars at once.

Further, he explained how they end up chugging the dynamics of the market just by merely selling off large amounts of stakes while also ensuring that the market falls short.

Moreover, Lark added that when the market is down, these players take the Bitcoin that one sells off in panic post a drop of 10%. And then the process is repeated, just in the same way. The gain of more Bitcoin enhances their worth and control.

In the bull run of Bitcoin in 2017, the topmost cryptocurrency dropped by 30% or even multiple times of that. Back then, it was clearly in its process of striking an all-time high of $20,000.

Currently, BTC is running at $33,420, reports CoinMarketCap. The portal also suggests that the current figure is down by 20% from its recent high of $41,940.

Few hours ago, the veteran trader Peter Brandt commented on BTC’s drop by 10%. He commented that the crypto bellwether was nowhere near violating its parabolic upward movement.

Brandt concluded his comment by calling for the termination of Bitcoin’s last bull cycle, along with calling the beginning of its long-term drop to a low of about $3,150.

Thus, it will be interesting to see how the participants of the digital market respond to this drop post this warning video of Lark Davis exposing the internal algorithm of the market.

BITCOIN PRICE DROPS BY 28% IN THE LAST 24 HOURS