DOGE Price Analysis: The Bears are coming In Action Causing A Major Reversal&nbsp 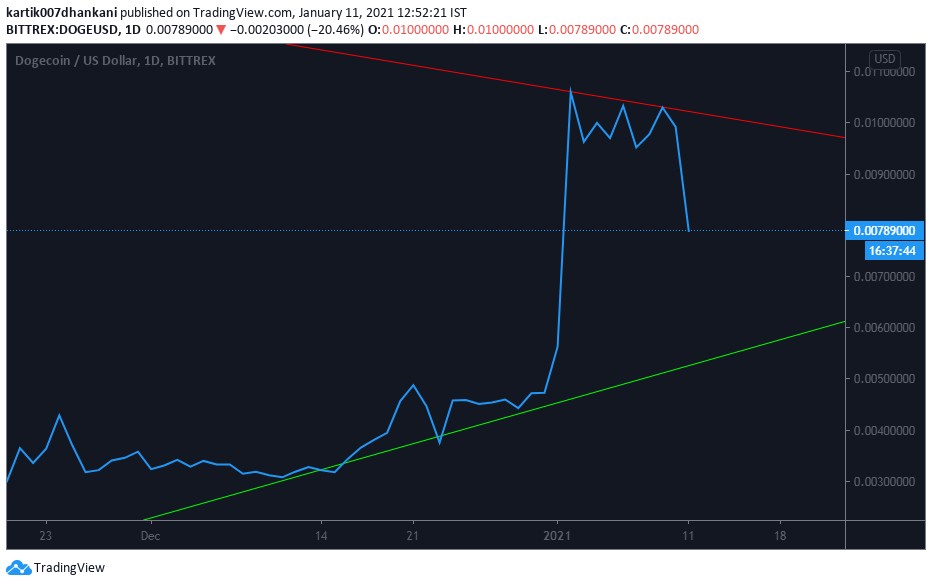 Is DOGE Heading For A Free Fall? 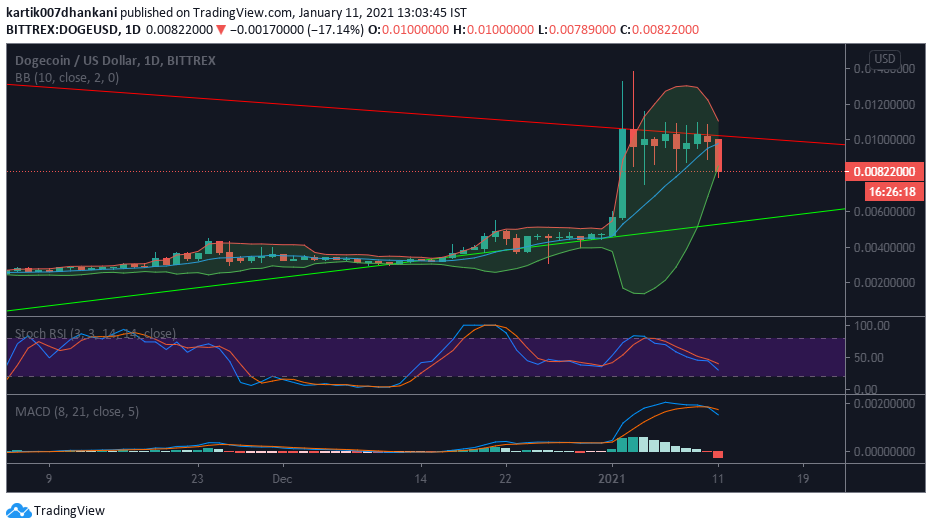 Dogecoin after giving a 100% run took a breather on January 3,2021 which resulted in formation of multiple doji and butterfly candles for the successive sessions which ended up into a breakdown, signalling exit of traders from the coin.

The Bollinger Band(10 SMA) contracted further in the last session which signalled low volatility in the coin. This made the traders exit the trade which pushed the coin below 10 SMA, emitting a sell signal on charts.

The stochastic signal left the overbought territory long back and is now headed for the oversold territory. The lines are at 40 levels currently and they will find their support around 10-15 levels probably.

Dogecoin after giving an unexpected bull run took a breather which resulted into a reversal in today’s session. The coin will find support at $0.005 levels. It may possible form a triangle and give a huge breakout breakdown in the long term.

Dogecoin Price Projection: DOGE Is Going To Be Put On The Literal Moon