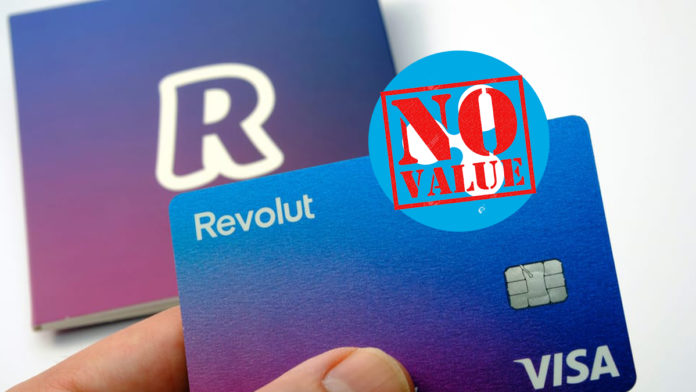 Revolut warned its customers to be cautious about trading in XRP as many of the exchanges started deleting the currency following a lawsuit filed by SEC.

Revolut has asked its customers to be very cautious about trading in XRP. Revolut is a digital banking service firm that has warned its customers about the falling prices of XRP. Since many exchanges have stopped trading in XRP or halted the trading, or began delisting the electronic currency, Revolut played it safe by talking to its customers.

Ripple was charged by SEC (Securities and Exchange Commission) for selling the unregistered currency for $1.3billion. Two executives of the Ripple were also named in the  cbargesheet filed by SEC.

Revolut through a blog post has informed its partners that till the time its partner exchanges are doing trading in XRP, the customers at Revolut can still buy and sell the XRP through their app.

However, they also said that in any case if its partners delist the XRP then Revolut too have to discontinue the trading in XRP and will might have to delist from the exchange. The firm might have to stop the trading without giving notice of the liquidity on the partner exchanges drops.

Hence, it means that the people who have XRP might not be able to buy or sell the coin. They will have to keep the currency with themselves for which the price could drop to zero.

The current trading price for XRP is $0.32 per coin. This is a meager amount as compared to the fellow cryptocurrency bitcoin, which has reached to $41,000 per coin recently.

To explain the situation with the SEC, Brad Garlinghouse, CEO, Ripple talked to the crypto industry via his Twitter and said that the company is filing a suit against the SEC’s litigation. The allegations put in by SEC is unproven.

The CEO answered five questions raised about the cryptocurrency. In his responses he informed that 95 percent of trading of XRP cryptocurrency takes place outside of the U.S.

On the other hand, Revolut might be trading in the XRP currently but still the exchange had told its customer about the volatility of the XRP. Also they cautioned their clients about the lawsuit’s impact on XRP whenever it is out.

During the lockdown in 2020, Revolut users did lot of trading in cryptocurrency. In the same year, Revolut has made crypto, gold and silver trading free for all customers during the surge in popularity. The average amount of cryptocurrency purchased jumped to 57 percent between 20 April 2020 and 4 May 2020 respectively. The amount bought per trade was 63 percent.

In the U.K., traders bought an average of £399 per week of cryptocurrency during 16 March to 18 May 2020. However, its counterpart Europe bought 30 percent less to £280 per week. During this time Revolut has also announced a competition for its users for winning a chance to possess one bitcoin for black Friday. But the price of bitcoin during the competition was neat $18,000.

XRP (XRP): XRP Price Looking for a Positive Breakout Above Level of $0.32