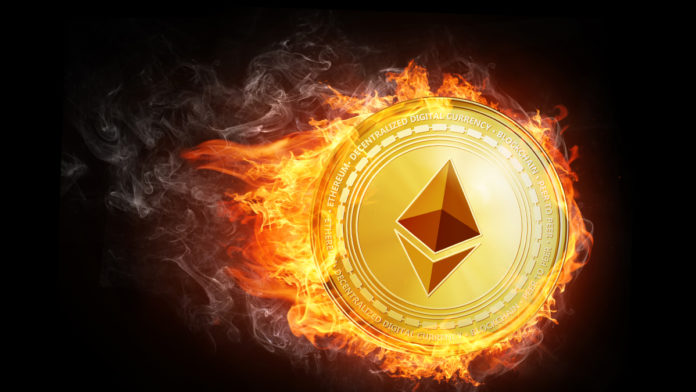 Metcalf’s Law explains how the rate of growth can be mapped mathematically for Ethereum unlike bitcoin. It revolves around network ecosystems and tells that the system is supported by the number of individuals.

According to analysts Ethereum may hit a record high of $20,000 unlike bitcoin. If someone has to go by Metcalf’s Law, then the rate of growth can be mapped mathematically for Ethereum as well.

But what is Metcalf’s Law? It is the network  growth rate mapped mathematically as double the number of users. The bottomline of all this is whether Ethereum would move above $20,000 mark, given Metcalf’s Law.

Metcalf’s Law revolves around network ecosystems and tells that the system is supported by the number of individuals. The Law explicitly states that the effect of telecommunications network is proportional to the square of the number of users in the system.

In a nutshell, the growth of connections is driven by the number of connections. More connection will have more growth and it can be mapped out with a simple maths equation. Initially there was no proof of Metcalf’s Law. It would take 30 years to prove the proof. That proof proves the number of European internet usage and connectivity.

Researchers applied the Metcalf’s law formula n2 to see the proportional gains in the internet users.the formula also helped to showcase how the growth rate of internet usage in Europe was mapped mathematically. The same formula is applied to Facebook’s growth rate. It is a very good example of how a company is dependent upon its users. How more users would increase more usage, and ultimately how the entire system becomes more efficient and important in our lives.

What if Facebook never got the attention of individuals who started using the platform initially. What would have been the fate of this social network. Without the initial interest of the individual and the spread of enthusiasm about the new platform, facebook would have never garnered this much attention from the people and would not have reached to the top of the game that it is now.

Similarly, the principles were then applied to  bitcoin and were mapped mathematically. It turned out 70% of bitcoin’s value can be attributed to Metcalf’s Law, which means that the number of individuals connected within the network. the 0.7 coincidence rate is very strong which leads back to Ethereum.

The network size of ETH, connections, trajectory of price, Metcalf’s Law will be repeated once again with Ethereum. The coin is exceeding bitcoin movements. However, this is an explanation of Metcalf’s Law in relation to cryptocurrencies in general. The more people start using cryptos in day today transactions, the more cryptos are being accepted, and that is the real growth that continues to push real cryptos.

So if Ethereum is moving on the lines of bitcoin, it will hit the $20,000 mark. But what about bitcoin then If Ethereum hits the above said mark? If people continue to accept bitcoin and bitcoin continues to make headlines and the number of people adopting bitcoin continues to grow, then bitcoin may also move upward. And If that happens then it would be difficult to decide how much of one currency to behold?

Hence, diversification is the only tool that helps an individual to keep moving.