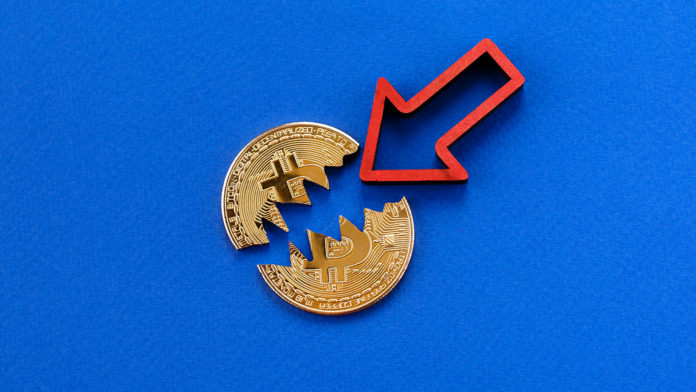 Bitcoin has fallen below $30,000 in the crypto market, after having experienced a skyrocketing performance earlier in the year with its value exceeding $40,000.

The most recent dive, which comes without any clear explanation, highlights the instability and volatility of digital currency. The popularity of cryptocurrency, however, can be understood by looking at the growing investments being made by a large number of individuals. This is taking place despite the restricted use and application of the virtual currency in various countries.

Bitcoin rose more than 300% in 2020 and enjoyed an All-Time High during the start of the new year. The crypto was valued at more than $40,000, with investors lining up to purchase the prominent digital asset.

Along with Bitcoin’s recent plunge, other cryptocurrencies are also experiencing fall in prices. Ethereum, the second-largest digital asset, is currently being traded at $1,173.81, which is a 12.81% decrease from its previous valuation. Other significant cryptographic forms of money, which are known as altcoins, are also facing similar lows. Stellar has decreased by 10.05%, and Ripple (XRP) has seen a fall of 11.30% in the market.

Tether, on the other hand, has witnessed a negligible fall of 0.16%, currently trading at $1.00.
The decrease in BTC’s value was significant after the news of an alleged double-spend transaction broke out. The report was posted online through a tweet made by BitMEX Research. It speculated a possible occurrence of double-spend in the Bitcoin blockchain, which caused a stir of concern amongst traders. However, BitMEX later clarified that it was merely an attempt that had been identified and the transaction did not actually take place.