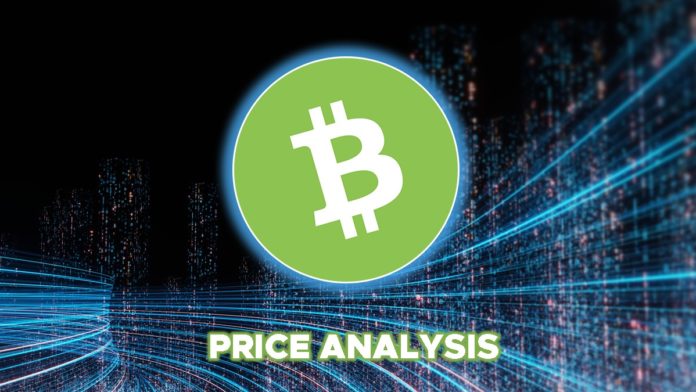 BCH Price Stepping Up Step-By-Step On Each Fib Level

BCH price has broken out of the triangle by testing the 23.6% Fibonacci levels($360). The price is currently making a full-bodied green candle suggesting an increase in participation of bulls. The price is also breaking and taking support from each Fibonacci level. Currently, the price is resting above 38.2% levels($416).

The Bollinger Band(median 10EMA) signalled a minor increase in the volatility as the upper band, and the lower band have commenced expansion. The coin is above the median, which is bullish for the coin. The upper band is restricting the prices at $453 while the lower band supports the price at $380.

The RSI is surging after retesting levels of 50. The RSI is currently 52. It is likely to find resistance at 60, 70 and 80 levels.

The MACD(8,21,5) has turned green for the bulls to carry the prices towards a new high. The MACD might face resistance at 15-20 and 66, which are its previous tops. The MACD is currently below the 0 levels.

BCH price has given a breakout and surging gradually. The prices are breaking subsequent Fibonacci levels. The coin might increase and make a new all-time high. However, the prices need to break through the crucial resistance of 61.8%($507) and 100%($654).