Ripple (XRP) seems to be anticipating for the much 2021 high of $0.75. ODL services in Mexico with a large unbanked audience is a key factor fueling the XRP. However, the of returning whales brings a gradual recovery but a consistent one.

Ripple’s recent performance is an indication that it’s getting ready for the much-anticipated 2021 high of $0.75. As per the below, the prices have stabilized around $0.40 in the past few days with a support of $0.35, which would prevent a freefall from extending any further. 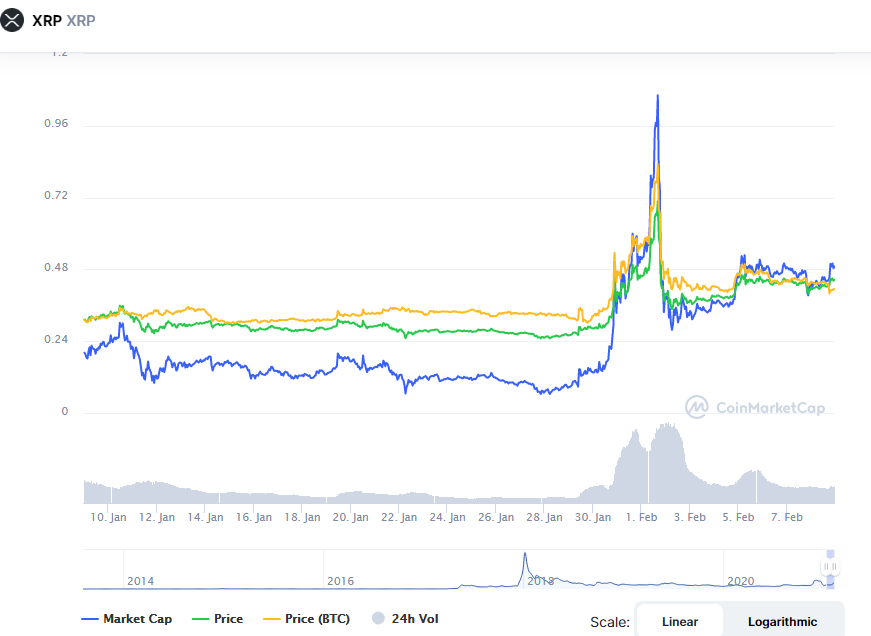 One of the key factors fuelling the rise is the increasing demand for On-Demand liquidity [ODL] services in Mexico, which has many unbanked audiences. The nation is the fastest growing market for cryptocurrency, with an unbanked population of around 125 million. ODL is a service allowing fiat currency conversion using crypto technology. It’s estimated around 10% of the remittances from the US to Mexico are through ODL.

See-Saw Ride for the XRP tokens

In December 2020, Ripple witnessed a freefall as it was believed that investors timed the breakout to cash out for profit. There was a gradual return of whales. E.g., since the beginning of Feb, holders with XRP between 1 million and 10 million have increased by a margin of 30. This is an indication that recovery due to the return of whales is gradual but consistent.

Since the massive price drop, Ripple’s network growth has remained downward. Declining network growth is a bearish signal since it impacts the regular inflow and outflow of tokens on the protocol. Thus, XRP’s recovery could be remain pushed down in the short run.

Therefore, the short run’s performance cannot be accurately predicted, but it will indeed have a significant impact on the overall performance and dependency on XRP. As various options are being explored apart from Bitcoins, Ripple must offer a stable performance to foster increased confidence.

Andrew Smithhttp://thecoinrepublic.com
Andrew is a blockchain developer from his education and developed his interest in the cryptocurrencies while his post-graduation. He is a keen observer of details and shares his passion for writing along with being a developer.