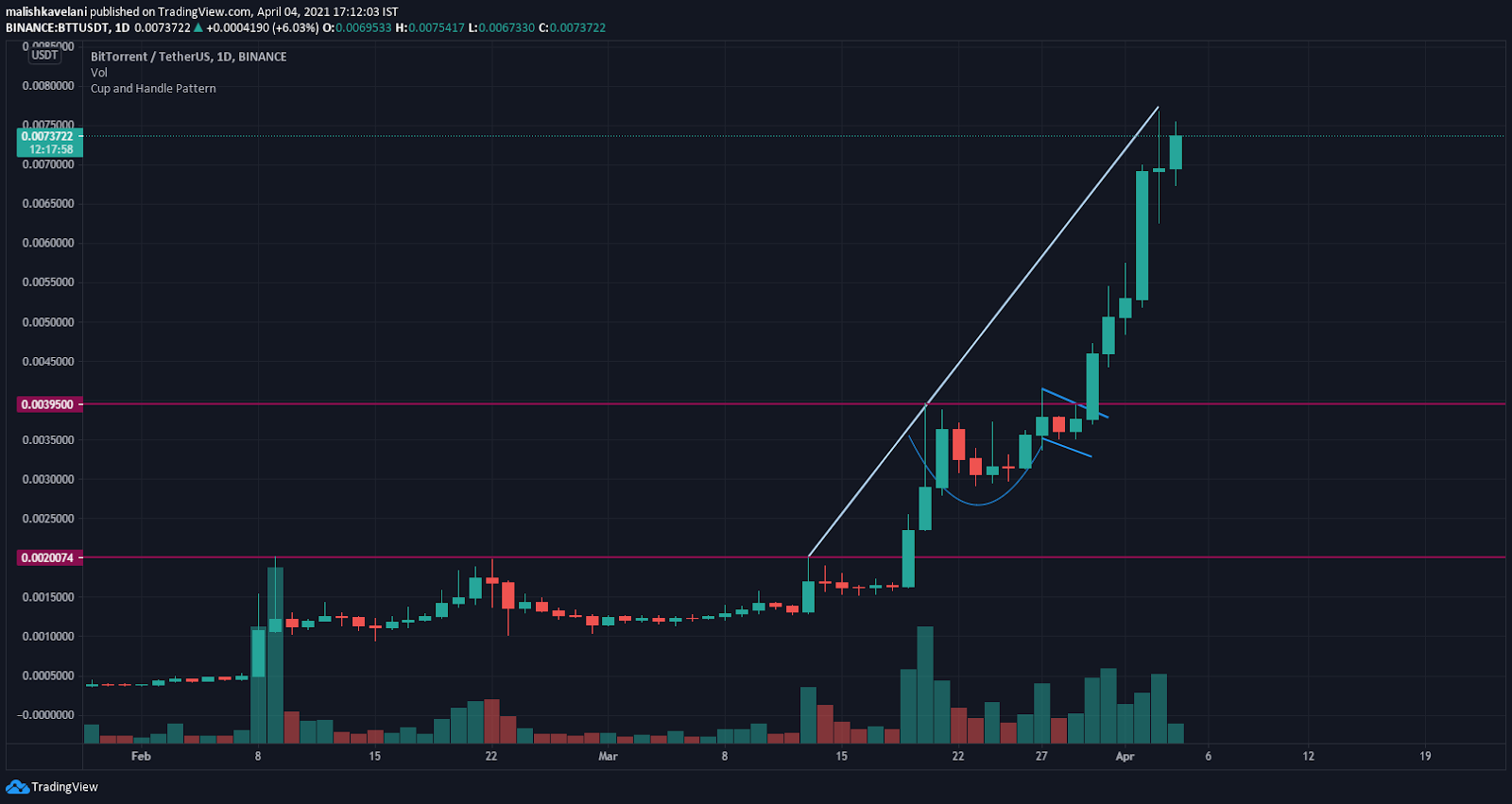 On a daily time frame, BTT price is giving an extremely bullish impression that is no surprise as the token has been on a rally since Feb. BTT price seems unstoppable as it is notoriously creating and breaking its ATHs. A blow-off was expected after we saw the token make a cup and handle formation, followed by a green candle smashing right through it. A concerning factor would be the Doji candle which is resting at the resistance level of $0.0078. It may suggest a pullback which would be healthy in this case. For BTT to form a new higher and break its current ATH, it must sustain above the $0.0069.

The streak of higher highs shall go on!

When we observe BTT price from a 4-hour time frame, it appears to be that the token makes higher highs, followed by a great breakout and slight consolidation. If it continues this particular course, the token will most likely undergo a minor correction and drop down to $0.0069.

The RSI seems to be in the overbought zone at level 80, which is not a good sign but understandable since the token is expected to rectify.

Speaking of MACD, it looks pretty solid at 0.005, which is another bullish indication.

Because a crypto bull run is currently taking place, Bittorent is breaking new levels and holding them. Fundamentally speaking, BTT is the largest decentralized P2P distributed network. The impressive part is that the token’s value has increased more than tenfold in the last two months, and the price has surged by 3478.80% in one year. To wrap it up, the market sentiment, along with the social media sentiment, is highly bullish.

Andrew Smithhttp://thecoinrepublic.com
Andrew is a blockchain developer from his education and developed his interest in the cryptocurrencies while his post-graduation. He is a keen observer of details and shares his passion for writing along with being a developer.