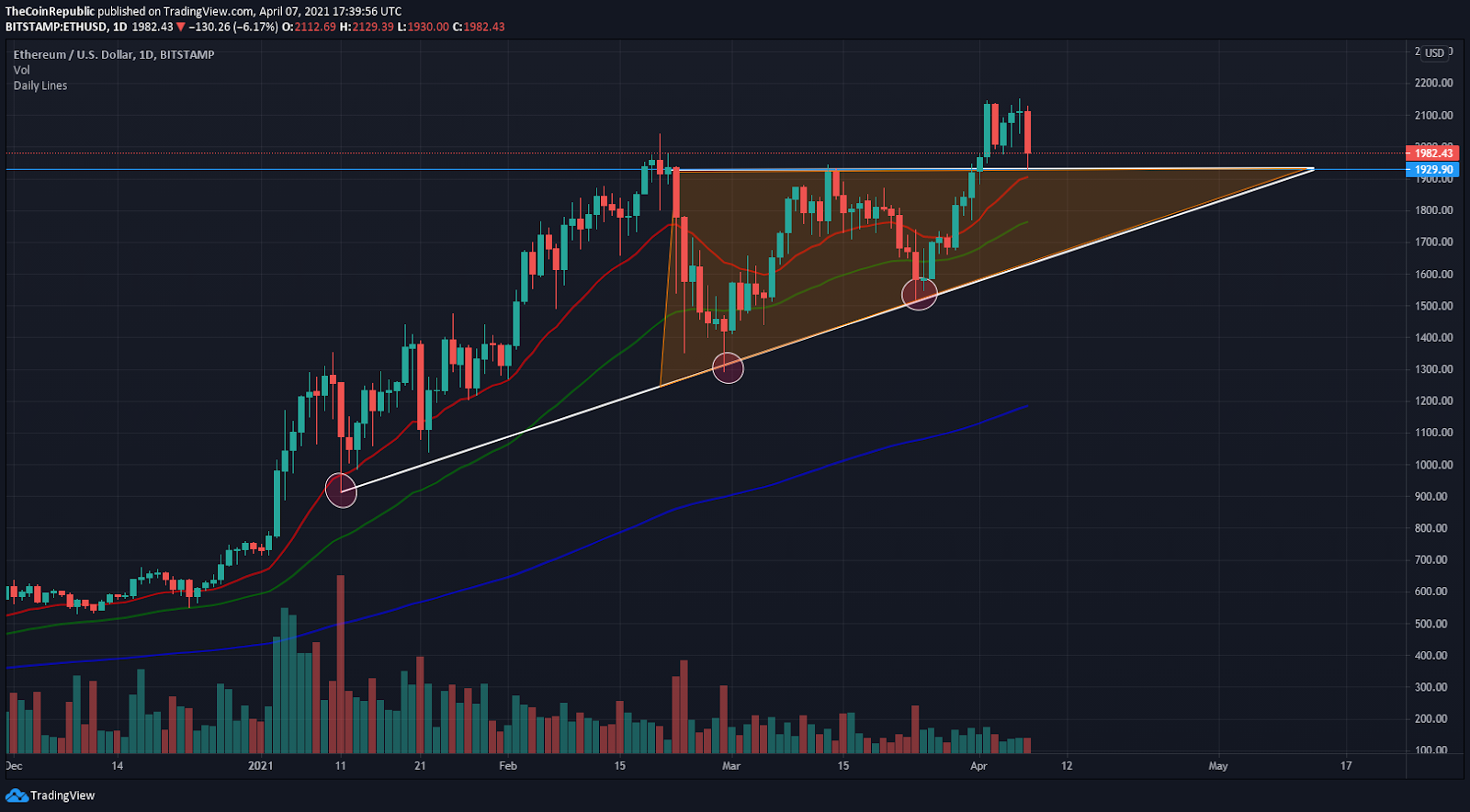 ETH price appears to be highly bullish on the daily time frame, but there are chances it might retrace back down. After forming an ATH of $2151 on Tuesday, ETH witnessed strong correction signals within 24 hours. The 20 EMA played a significant role in supporting this correction at $1925. If ETH doesn’t respect this support level, chances are it might retrace further down and uphold the support trend line. 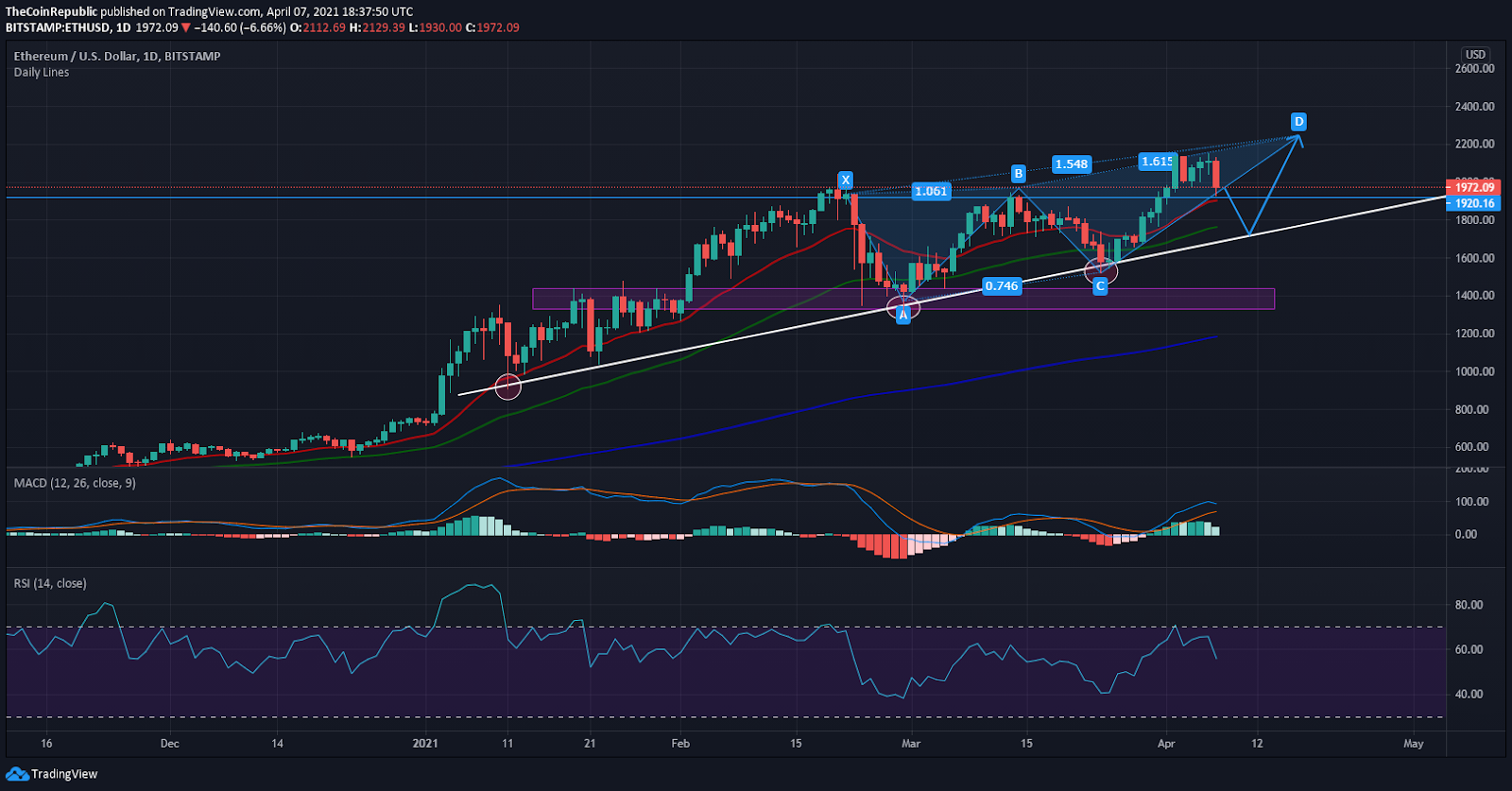 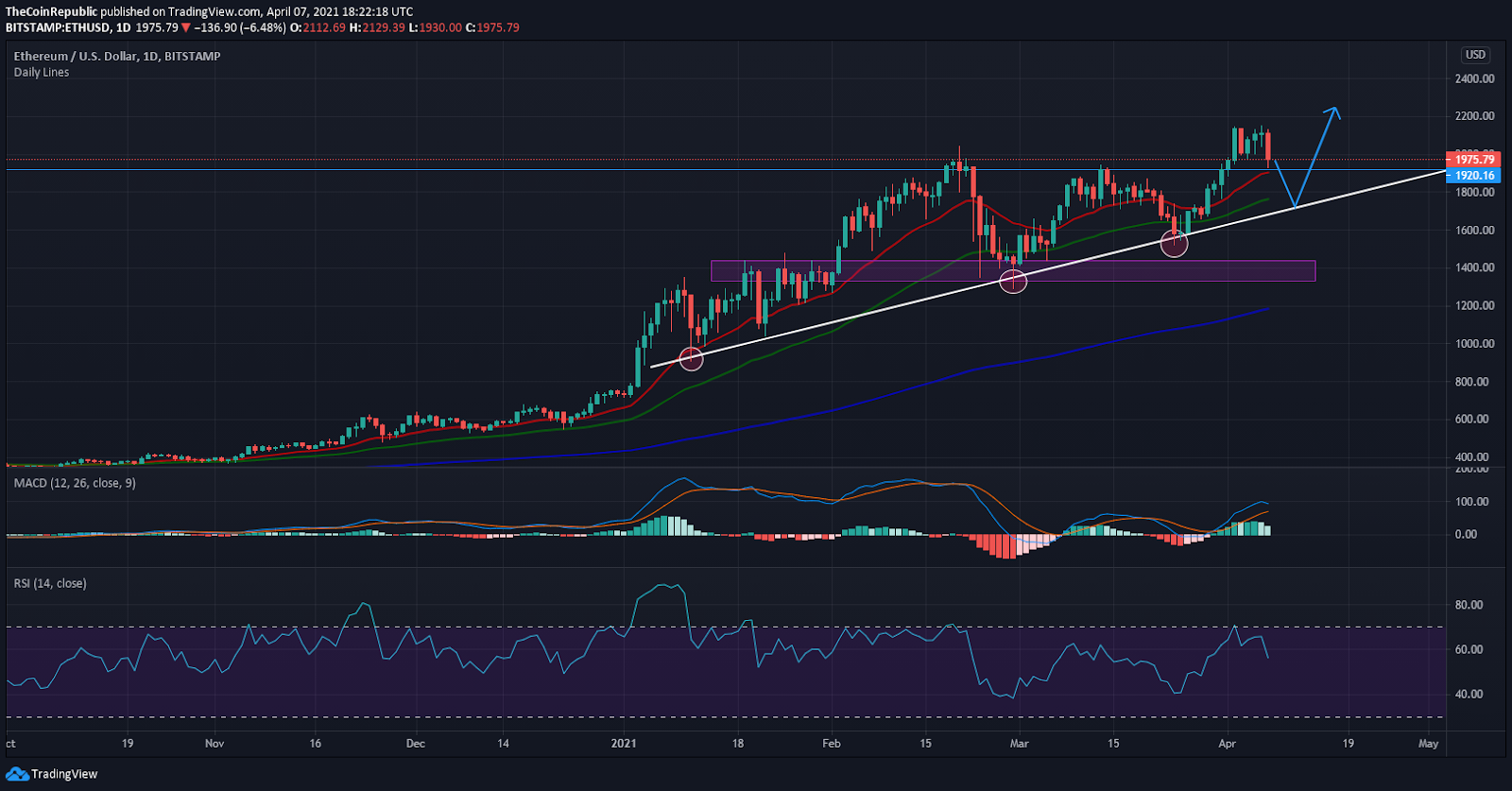 As mentioned earlier, ETH price is very likely to head towards a minor pullback to $1728, which would give buyers another chance to accumulate before it leads the path to break another ATH. Despite the sideways correction, ETH is going strong. Along with double bottom, we can also see the deep crab harmonic idea is beautifully confined with the pattern on every time scale. Even today’s downward pressure couldn’t break this pattern.

The price of ETH is above all major EMA levels that are acting as strong support levels for the asset. The 20 EMA provided good support to ATH at $1925. If incase ETH retests all the more to $1728, the 50 EMA can act as another support level.

The RSI is hanging tight at the 55 range, which suggests no trend.

Ethereum, the second-best crypto asset, is known for following bitcoin’s footsteps which is why we saw a retracement in both these assets today. There are absolutely no signals of bearishness. A minor pullback can cause the investment to plummet sideways for the time being. A target of $2224 seems persuasive by the end of April. When we shift our focus to fundamentals, ETH’s demand is probable to increase in proportion to the rising demand in NFTs, which can easily be bought through the Ethereum blockchain.

Ritika Sharmahttp://www.thecoinrepublic.com
Ritika Kumari Sharma is an Economics Honors graduate from the University of Calcutta. She is completely into finance and believes that cryptocurrencies are the future. She is an enthusiast learner about the cryptocurrency and blockchain technology.

Stacks Price analysis: STX booms by 150% after getting listed on a Korean Exchange